A letter from Dan and Elizabeth Turk, serving in Madagascar

As we write this, we are preparing for our return to Madagascar, leaving Atlanta on October 28th. We have enjoyed visiting churches in Alabama, Florida, Georgia, Iowa, North Carolina, New York and South Carolina over the past several months. We have also had good times being back together as a family. We got Frances installed in college. It’s hard to believe that Robert is now a senior in college and Frances a freshman! 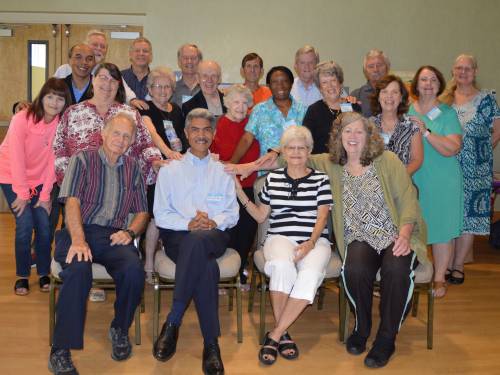 The Madagascar Mission Network held a meeting in Orlando October 12-14. The network, sponsored by the PC(USA), brings together representatives of PC(USA) churches and individuals interested in promoting partnership with the Fiangonan’I Jesoa Kristy eto Madagasikara (FJKM), the PC(USA)’s partner church in Madagascar. People came from Alabama, Florida, New York, Canada, as well as from Madagascar. Pastor Irako Andriamahazosoa Ammi, president of the FJKM, attended the meeting. It was his first trip to the United States. At the meeting, Pastor Ammi described the priority of the FJKM as an increase in quantity and quality of new pastors prepared by the FJKM seminaries. He described several initiatives to achieve this, including building new classrooms at the Ivato seminary and opening a new seminary at Ambatondrazaka that will begin educating pastoral students this year (2017-2018). 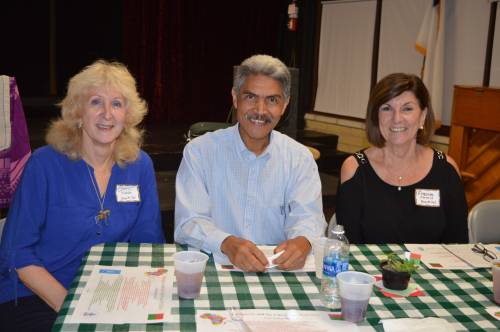 Pastor Ammi expressed appreciation for the PC(USA) mission co-workers who work in collaboration with the FJKM: Jan Heckler who is working with the Evidence Based Methods of Instruction (EBMI) project in collaboration with the PC(USA) to improve teaching at FJKM schools; Dan in his work with fruit trees and vegetable gardening at seminaries and the new fruit center at Mahatsinjo Maevatanana; Elizabeth who works with the FJKM HIV/AIDs committee and is helping provide safe drinking water for several communities; Doug Tilton, who as regional liaison living in Cape Town, South Africa, has PC(USA) responsibility for the relationship with the FJKM; and Christi Boyd, living in Kinshasa, DR Congo, who works with women and children.

When Pastor Ammi was asked what we should pray for Madagascar, he responded with 3 things:

1. For the ongoing plague epidemic that it might soon be controlled.
2. For the upcoming presidential and legislative elections in Madagascar, which should happen in late 2018, that they might be free and fair.
3. For the FJKM as it celebrates in 2018 the 50th anniversary of the FJKM and the 200th anniversary of the arrival of the first missionaries of the London Missionary Society (LMS).

The plague is endemic to Madagascar, with about 400 cases of mostly bubonic plague spread by fleas occurring every year from September through April in rural areas of central Madagascar. What is exceptional this year is the higher number of cases (>1000); the predominance of pulmonary plague, which is spread person-to-person; and the fact that over half the cases are found in large cities, including the capital city of Antananarivo and the port city of Toamasina. As of late October, the epidemic seems to be in decline: the government is reporting that the number of new cases is consistently less than the number of people cured by treatment with antibiotics.

The elections promise to be contentious, with the possibility that corrupt practices might cause them to be less than free and fair. Madagascar’s history of undemocratic changes in government leading to deep socio/economic crises is causing much apprehension concerning the prospects for free and fair elections in late 2018.

The Madagascar Mission Network (MMN) meeting was a wonderful time for Presbyterians interested in Mission in Madagascar to share, pray and plan together. A new leadership team was elected: Lois Palecek of Tuscaloosa, Alabama, is now convener; Thierry Rakotobe-Joel of New Jersey is convener elect; David McCarthy of Hastings, Nebraska, is secretary; and Barbara Sayles of Orlando, Florida, is treasurer. In addition, the heads of several committees were elected: Kenneth Thomas as head of the Leadership Development Committee, Jacky Radifera as head of the Advocacy Committee, and Don Brown as head of the Communications Committee. In addition, Perline Cooper and DeAnne Sawyer were elected at-large representatives. We very much look forward to working with the MMN to further partnership with the FJKM.

We would like to encourage others to be part of the Madagascar Mission Network. If you would like to become a member of the network or get more information about the MMN, please get in touch with Lois Palecek (lmpalecek@gmail.com). 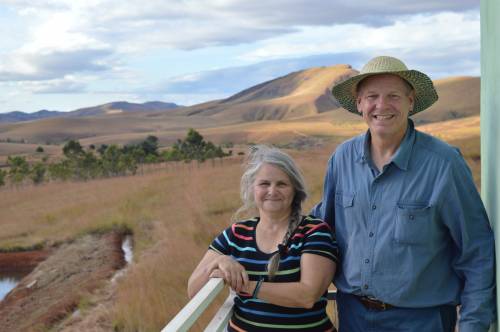 We are excited that when we get back to Madagascar, we will help to host a Travel Study Tour sponsored by the PC(USA) Peacemaking Program and Environmental Ministries. Nine people from PC(USA) churches across the US will visit Madagascar November 7-17 to learn about Madagascar and how the FJKM is involved in ministries of peace and reconciliation and caring for creation.

We are very grateful for the support from many of you for the work we do in partnership with the FJKM. Please know that your participation in mission in Madagascar is bearing much fruit and that we need your continued support.