…be led forth in peace. (Isaiah 55:12). Support to the Peace & Global Witness Offering.
Make A Donation Click Here >
Home › What We Do › Where We Work › Co-workers › Reconciling Traditional Beliefs with Human Rights

A letter from Rochelle and Tyler Holm serving in Malawi

Individuals: Give to E200532 for Rochelle and Tyler Holm’s sending and support

Congregations: Give to D507572 for Rochelle and Tyler Holm’s sending and support

In the United States every four years about this time many churches are careful not to voice political opinions while the news media seem to offer nothing but partisan opinions all day long.

Here in Malawi we are seeing something a bit different as the media, the churches and the government are seeking to work together to address a very difficult cultural issue. Here the churches understand that part of their mission is to influence the world around us in very practical ways.

You may have seen in the news lately that there has been a considerable increase in violence against people with albinism in Malawi. Albinism is a genetic condition where people are born without the usual pigment melanin, often causing light skin and hair as well as vision problems. The BBC and other news organizations have reported how people with albinism are being murdered and their body parts used for traditional rituals in both Malawi and Mozambique. Such gruesome practices are thought by some to bring prosperity and good fortune (http://www.bbc.com/news/live/world-africa-36443277). 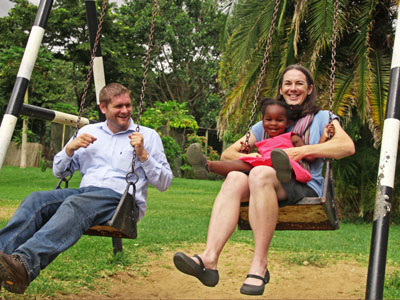 We are seeing this issue almost daily in the headlines of our local newspaper and on the radio. In fact, many of you, our supporters, have contacted us about this disturbing issue and so we wanted to share with you more details of how our church partners here in Mzuzu are responding to the situation. We are seeing in the local media how the government, the church and community leaders are holding together on this important issue from all angles and against these attacks.

Traditional religion continues to be a very powerful force in Malawi and many other areas. Individuals who identify as Christian sometimes still continue to consult traditional healers at times. Unfortunately, these healers often tell their clients that, if such traditional practices are to be effective, they must incur some type of ‘cost’ or source of ‘power’ such as the remains of persons with albinism.

The General Secretary points us to the verses of Genesis 1:26, 27: “Then God said, ‘Let Us make man in Our image, according to Our likeness; and let them rule over the fish of the sea and over the birds of the sky and over the cattle and over all the earth, and over every creeping thing that creeps on the earth.’ God created man in His own image, in the image of God He created him; male and female He created them.” (NASB)

Developing ongoing and united responses to the attacks on people with albinism will be an agenda item at the August 2016 Synod of Livingstonia meeting.

The strong stand of the church is also supported by many other initiatives. Last weekend at the local market in Mzuzu there was a large public education program about the many local superstitions about people with albinism. Drama and messages broadcast over a large audio system created awareness. This week over 200 Mzuzu University students marched the three miles along the main road from the campus into town holding banners addressing this issue. Rochelle was especially proud that this peaceful student-led initiative made clear how the University students with whom she works were against the violence and against tradition and instead were advocating for human rights.

This is an important issue in Malawi at this time. Please especially pray for:

We appreciate your faithful support for our ministry. Because so many of you shared in our ministry during 2015 through your prayers and giving, the full goal was met for our family’s sending and support for 2015. We are truly humbled by your partnership as you have come alongside us in meeting the goal so we can serve here in Malawi. Please help us avoid having to raise an end-of-year alarm in 2016 like we sounded last year. To offer a gift now (and perhaps sign up for monthly giving), click here.

We pray for you that the Lord may bless you abundantly and meet all your needs from his riches.