A letter from Jeff Boyd, serving in Central Africa, based in the Democratic Republic of the Congo

The older we get, the more memories we have to look back on, even if some of those are fading over time. What a gift it was to recently have a flood of old memories come back: faces, names, places, foreign yet familiar words, sounds and smells. As some of you know, Christi and I met in Gujranwala, Pakistan. We actually met in 1987, in the home of Christi’s parents, who were teaching at the Christian Technical Training Center (CTTC), an educational institution related to the Church of Pakistan with a history dating back to the early days of Presbyterian missions. I was in Gujranwala as a Volunteer in Mission with the Presbyterian Church in the U.S.A., a precursor to today’s Young Adult Volunteer (YAV) program. Christi, having taken temporary leave from her work as a physical therapist in the Netherlands, had come to visit her parents and to explore how God might use her skills and passions. 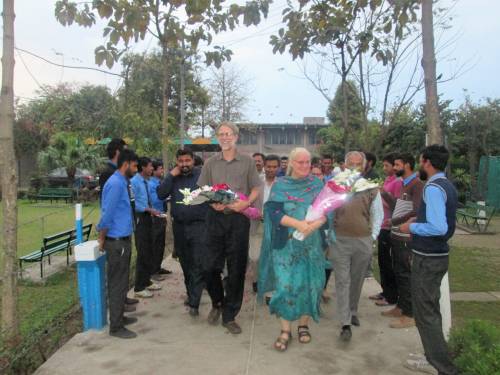 In March Christi and I were honored to have the opportunity to attend on behalf of the family a memorial service for Christi’s father in Pakistan. CTTC organized the ceremony, and this was our first trip back since we left in December 1987. Christi’s father passed away last October, prompting us to cancel church visits in the U.S. so that we could join family in the Netherlands for a service to celebrate his life. The young principal of CTTC who had never met Christi’s parents, Jan and Francien van Overbeeke, wanted to remember the life of Jan and the contribution he and Francien made to CTTC over two decades ago. Rev. Gary Van Brocklin, fellow PC(USA) regional liaison for South Asia, generously changed his travel schedule to join us for this memorial service and to share words of comfort to the community.

When we arrived on the CTTC campus at 6:30 a.m. our weariness from traveling the past 40 hours was replaced with joy as familiar faces, now graced with a sprinkling of gray, greeted us. Rose petals thrown in front of us by students had a perfumed smell that transported me back to our engagement party 29 years before. Several voices and laughs were at once so recognizable, although the words spoken in Urdu were not as quick to reveal their meaning.

Despite all the memories that came back, this was not the same place we had left nearly three decades earlier. Indeed, what place or people would be the same after a quarter of a century? CTTC was founded by Presbyterian missionaries in 1900, several generations before we first went there. Thirty years after we left, it is going strong, carrying on its mission to provide opportunities for the underprivileged, particularly those from rural areas, to develop and use talents for their well-being and that of society. 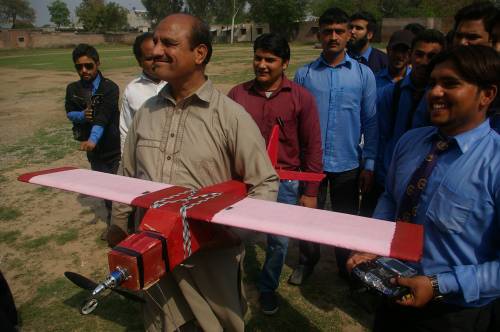 We were amazed how the institution and its programs have advanced. Mr. Ameet Gabrial, the young, visionary yet practical principal, is addressing both sustainability and quality. The school has a balanced budget, while also offering scholarships to those facing the greatest economic hardship, many of whom are Christians. Quality teachers are attracted to the good discipline at the school. Similar to what is expected at universities, graduating students must undertake special projects to apply the skills they have learned. During our tour of the facilities, students and teachers were eager to demonstrate their products. Highlights for us were a remote control model airplane and a small humanitarian helicopter drone with camera, which unfortunately came too close to a nest resulting in a hawk attack and a crash. Despite his deteriorating health, Mr. Joseph Robert, the executive director of the Society for Community Development (SCD), the umbrella organization overseeing CTTC, is constantly looking for ways to help people in the community build their capacities and explore the gifts God has given to each. With Ameet, Joseph successfully pursued conversations with the board of renowned Forman Christian College, which accepted in April to accredit the planned CTTC bachelor degree studies.

We met dedicated teachers, several of whom were taught by Christi’s parents 25 years ago. Joseph and Ameet strive to inspire in the staff a sense of vocation for the mission to which CTTC is calling them. Next door to CTTC, we visited the Christian Computer Institute, the expanded successor to the Barr Training Institute computer courses that I helped start in 1986. 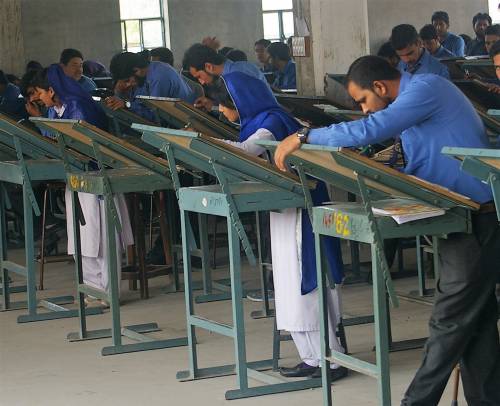 This visit was a big deal for us, but also for the school. We were later told that we were the first expatriates to stay on the campus since Mr. Ameet arrived in Gujranwala more than five years ago. It was clear that security was a major concern for our host. For our safety, and indeed that of others around us, our exposure outside the campus was kept severely limited. Other than our arrival and departure, during our six days there we left the walled compound only to cross the street to visit two other endeavors of SCD, a college for women and a hostel for female students enrolled in CTTC, the college and the high school also on the campus. While the school is able to operate with receipts from the students, the boarding facilities have a more difficult time to do so.

Throughout our visits we listened to individuals who are strong in their faith, men and women who witness in love as a minority Christian community that feels the threats of fanaticism in very real terms. We thank God for keeping us, including our hosts, safe during our stay. Indeed, it was only three days after we left that the world was shaken up by the Easter morning bombing at a park in Lahore, the city from which we departed. That bomb attack by extremists killed 75 people, Muslims and Christians alike. One of those killed was the brother of a CTTC student. 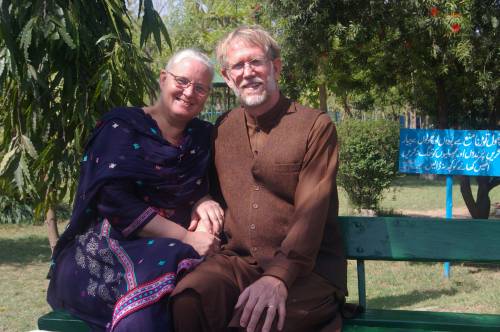 We are grateful to God for the witness of the church in Pakistan, often through hospitals and quality educational institutions like CTTC and Forman Christian College. We thank the many churches, presbyteries and individuals that responded generously to last year’s appeal by Presbyterian World Mission to meet the budget shortfall, which could have resulted in recalling up to 40 mission co-workers serving around the world. We pray that effort will be sustained this year with new churches and individuals joining the effort. We ask that you join us in that prayer and also for reconciliation and unity in the Church, and for peace and stability in the Congo, particularly in East Congo, where several militias continue to kill, injure and kidnap civilians, with little recognition or outrage by the international press. To compound the sense of injustice, a desperate population protesting the repeated attacks are themselves being suppressed.

Peace and grace be with you,