A letter from Jim McGill serving in Malawi

Dear Brothers and Sisters in Christ,

Southern Malawi was hit by Tropical Storm Chedza during the week of January 16, which caused flooding that resulted in over 175 deaths and 336,000 internally displaced people (IDP).  The rains affected a large part of the southern end of the country, including some lower areas of Blantyre where Michael and Jason are in boarding school.  Although the flooding has indeed been disastrous, it has been wonderful to see how the body of Christ has responded and has been able to help the victims of this terrible flooding. 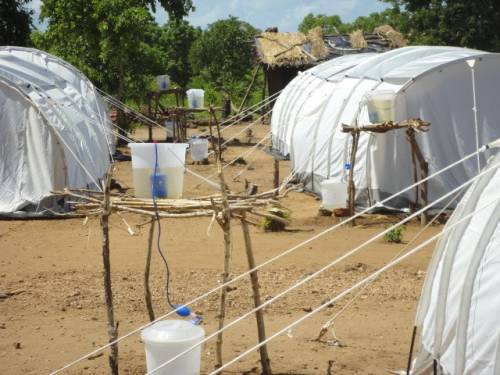 With a disaster of such magnitude, coordination of all of the groups wanting to assist becomes critical.  The Malawi government is the lead coordinator and liaisons with organizations to ensure that the assistance is as effective as possible. The Actions of Churches Together (ACT) Alliance, a coalition of more than 140 churches and affiliated organizations associated with the World Council of Churches (WCC), facilitates cooperation and coordination of church-related assistance.  Our church in Malawi, the Church of Central Africa, Presbyterian (CCAP), as well as Presbyterian Disaster Assistance (PDA) (http://pda.pcusa.org/situation/malawi-flooding/) of the Presbyterian Church (U.S.A.) are both members of the ACT Alliance. The Synod of Livingstonia (SoL) is the coordinating member for the ACT Alliance in northern Malawi and was involved in the relief work after the earthquake in Karonga in 2009.  The Churches Action in Relief and Development (CARD) is the coordinating partner in the south, so they have been coordinating all of the church assistance for the floods.

As news of the flooding was breaking I received a call from Marion Medical Mission (MMM), asking how best they could help. My water and sanitation work with the Synod of Livingstonia includes promotion of Household Water Treatment and Storage (HWTS), and we had 500 household water filters ready for distribution.  We suggested collaborating with MMM to distribute filters to families that did not have access to safe water after the flood. 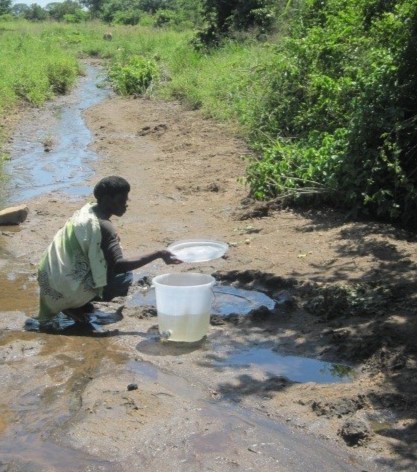 A woman taking water from a scoop hole just next to the stream which is the water source for the IDP camp.

After contacting CARD, it was determined that there was a camp for internally displaced people on the high ground near the flooded village of Osiyana, on the Mozambique border.  Helicopters were the only way to reach the village since the floods had destroyed the bridges to Osiyana.  Larger filter systems in use in other areas could not be transported by helicopter, so CARD suggested that we provide our small household filters and buckets to this area. A team from the SoL and MMM traveled over 400 miles from Mzuzu to wait its turn with the relief helicopters to deliver the filters to the camp. 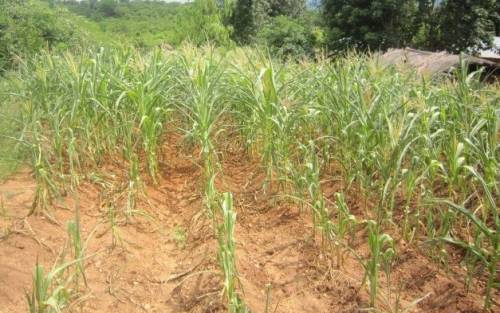 Maize in a field in Karonga District of northern Malawi showing the dry soil and withered stalks.

I was able to visit Osiyana about three weeks after the filters had been delivered and observed the impact on the lives of the people there.  By the time of our visit, the road was open again, although the bridges remained destroyed or compromised.  Because of the road conditions the 40-mile journey along the ‘East Bank’ road from the main tarred road to Osiyana took over four hours to drive.   The water source for Osiyana is a stream. Alongside it the people dig scoop holes from which they collect contaminated water. There is no question that the filters are crucial in the Osiyana camp and surrounding shelters.

Today in our church’s session meeting it was announced that collections taken up throughout the SoL have provided food to flood victims through CARD and the ACT Alliance. We are grateful to the SoL, MMM, CARD, PDA, and all of those connected with the ACT Alliance that have made it possible to make these interventions as effective as possible, allowing us all to be able to help our brothers and sisters in need.

While the floodwaters themselves subside the devastating effects of the flood will remain for the coming year as this year’s food crops were destroyed and famine is expected.  Yet as the South is recovering from the floods, some of the northern region is currently experiencing near drought conditions.  Beginning with an area about an hour north of us to near the northern border of Malawi, this year’s crops are wilting, and many crops in Rumphi and Karonga Districts will fail.

So Malawi is in dire need of your prayers and support this year. We thank you for financially providing for our work in Malawi and for your continued letters and emails.