Inspiring faith in our youth. Support the Pentecost Offering.
Make A Donation Click Here >
Home › What We Do › Where We Work › Co-workers › “Thumbs-up” for CHE

A letter from Rachel Weller on Interpretation Assignment from Ethiopia

Individuals:  Give online to E200421 for Michael and Rachel Weller’s sending and support

Congregations: Give to D507277 for Michael and Rachel Weller’s sending and support

As I write this, Michael is in South Sudan connecting with church partners in Ethiopia and South Sudan and checking on our mission co-workers in those places. I am on Interpretation Assignment somewhere between Seattle and Okeechobee or maybe Pittsburgh—speaking on Sundays, meeting with mission committees, talking about living the abundant life in Jesus and telling how Michael and I see God working in the lives and communities of the people we work with in Ethiopia, Sudan and South Sudan.  As a bonus I’ve already had several reunions with friends from long ago. In addition I love making new connections so I can look forward to more reunions over the years. Thank you for your ongoing prayers and financial support of our work in Africa.  We couldn’t do it without you. 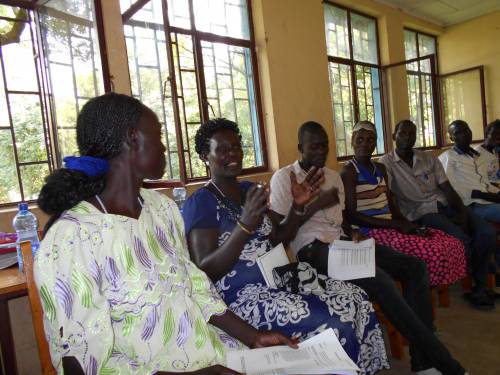 News we hear from Ethiopia and South Sudan is discouraging. “Ethnic clashes” in both places have left many dead in various areas of South Sudan as well as in several areas of Ethiopia, including Gambella. I’m sure you can find details on the Internet if you’re interested. One day we’ll all just get along, won’t we? But till then please pray for church leaders of the Ethiopian Evangelical Church Mekane Yesus (EECMY), especially my friends Mr. Okello Oluch and Rev. Ding Gach as they do their part to bring angry communities together. See this video of them calling for your prayers: https://www.youtube.com/watch?v=chnzGfFcwA8&feature=youtu.be.

This past year I worked with Ariet Philip and Matthew Doleak, church leaders of the EECMY, to begin to think through how we were going to develop our CHE (say “chay,” think Community Health Evangelism) programs in Gambella. CHE is the process of bringing people together to discuss health issues and learn how to live life abundantly in Jesus Christ. Following the internship that the three of us and two other colleagues attended in 2014, we had already worked out that we needed to run a program that started by presenting the vision to the top leadership of each of the synods in Gambella: Ariet’s mostly Anywaa synod, East Gambella Bethel Synod (EGBS), and Matthew’s mostly Nuer synod, West Gambella Bethel Synod (WGBS). For this all-volunteer program we realized we really needed more funds than we had expected just to get started. After a few conversations with the various people and offices at PC(USA) headquarters in Louisville, we received enough money to make a viable plan. By the time everything came together trees in the U.S. were budding again and the heat in Gambella was on the decline due to the sporadic rain showers. We organized and presented Vision Seminars for the leaders of each of the synods. 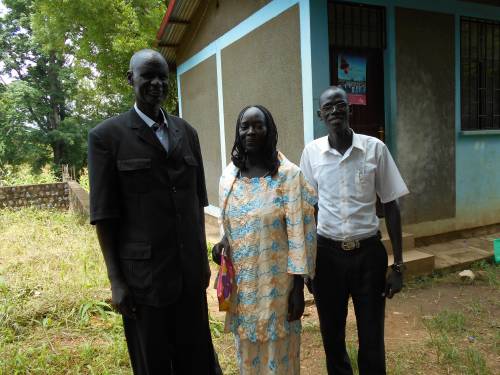 As you can guess, a Vision Seminar is one in which the overall idea is presented with the hope that the leaders will “get it,” catch the vision, and give the thumbs-up to move forward with the plan. At the close of the seminar with our Nuer colleagues in WGBS, we heard comments like, “This is the kind of program that will bring real change to our communities. We already know a lot of what we discussed, but now we see a plan to implement good ideas in a practical way.” We took that as a thumbs-up and then asked the leaders to select people from each of the presbyteries who would be able to carry on with the next phase of the program.

Our Anywaa colleagues (not nearly as talkative!) had already tried the program in a couple areas several years earlier. Their programs had stopped working after a bit of success. Without the leadership backing to encourage the committees to function, each of those programs had fizzled out. So at the close of the Vision Seminar at EGBS, we discussed the importance of encouragement and their role in leadership.

The next phase of the program was to bring presbytery workers together to learn how to begin a CHE program in each of their presbyteries. Lots of conversation, laughing, role-playing, thinking, and planning took place at each of the training sessions. Everyone left thankful and with a sense that they had an important job to do. 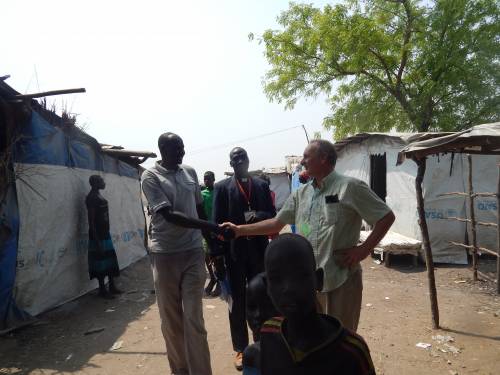 Since early in September Michael and I have visited churches wherever we were invited (until Christmas it was mostly in and around western Pennsylvania). I made a side trip in the fall to Massachusetts to celebrate the arrival of a new grandson, Declan Weller, and then was on hand to celebrate the life of my aunt, Eleanor Vandevort, who among other things had given a decade and a half of her young adult life to serving the Nuer people in what is now South Sudan. Earlier in the summer I was honored to be at the side of her brother, my dad, as he completed his walk on this earth as well. Talk about abundant life! They have both moved on to the fullness of what that is. As my dad said, days before he died, “I know where I’m going. There’s a place prepared for me.”

We took a couple weeks in January to regroup, have some time of personal reflection and communication with God, and move to an apartment in Pittsburgh (from my sister’s house in Franklin, Pa. … everyone should have as wonderful a sister as I do) offered to us by a loving, PC(USA) church community (every missionary should have such generous and welcoming supporters). And then we were off again.  I will continue to visit with churches until my return to Gambella in July.  Please get in touch if you would like to schedule a time for me to stop by.

Michael and I are honored to call each of you partners as we put our hands to the plow in one part of the work that God has called us to join together to do. Please continue to join us in this important life-giving work through your prayers, correspondence and financial support.  Thanks for doing your part.