Register for the next Matthew 25 Online Event – Eradicating Systemic Poverty: Global Issues
Make A Donation Click Here >
Home › What We Do › Where We Work › Co-workers › Why Costa Rica?

I have heard this question frequently in the two years since I moved from Guatemala to San Jose. The simple answer is: The Latin American Biblical University is here. There is, however, much more about Costa Rica that makes it an important and fascinating place for God’s mission today. This tiny Central American country with a population of just over 4 million provides a unique location from which to analyze what is happening in the world and how we are called to respond as followers of Jesus Christ. In this small geographic space of 19,700 square miles many of the contradictions of the global economic system can be seen. 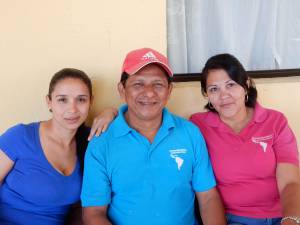 After a brief civil war Costa Rica abolished its army in 1949. Without a military to claim a large portion of the national budget, Costa Rica had money to spend on education and healthcare for its citizens. As a result, both literacy levels and life expectancy in Costa Rica are among the highest in Latin America. Costa Ricans are very proud of their public institutions, such as the social security system that provides nearly universal health care. While the rest of the countries in the region suffered under military governments for several decades, Costa Rica enjoyed a stable democracy. As the global arms trade continues unabated to the tune of nearly 60 billion dollars a year and military spending around the world reaches an annual level of 1.7 trillion dollars, Costa Rica stands as a reminder of the things that make for peace.

Without an army, Costa Rica has had a special interest in promoting peace in Central America. President Oscar Arias received the Nobel Peace Prize in 1987 for his efforts in the Esquipulas Peace Process that brought negotiated ends to the armed conflicts in Nicaragua, El Salvador and Guatemala. In 1980 the United Nations established the University for Peace here in Costa Rica to train people from all over the world in conflict transformation. Yet, as the levels of domestic violence and child abuse show, Costa Rica is still far from a peaceful society. 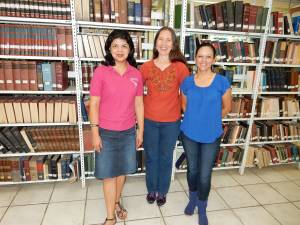 Part of Costa Rica’s commitment to peace has been serving as a refuge for people from various Latin American countries. After the CIA overthrew the government of Salvador Allende in 1973, several Chilean intellectuals found their way to Costa Rica. Throughout the 1970s and 1980s Latin Americans from various countries visited or came to stay, making Costa Rica a center for the production of Latin American critical thought, including Latin American theology. In recent years the greatest number of asylum seekers have been from Colombia. Today, however, the greatest number are from Honduras, including some of our recent graduates who have fled after receiving death threats. Costa Rica is home to nearly half a million Nicaraguans who contribute their labor to the economy of the country. Nicaraguans often come up against the limits of Costa Rican hospitality as they still face many legal hurdles as well as ongoing discrimination.

Costa Rica has chosen a model of development based on protection of the environment. Deforestation has been reversed in the country. Nearly 25 percent of land area is set aside in parks or protected areas. With only 0.1 percent of the world’s landmass, Costa Rica is home to 5 percent of the world’s biodiversity, including over 840 species of birds. Costa Rica now generates over 90 percent of its electricity from renewal resources, primarily hydroelectric. Yet renewal energy production involves conflicts over land use. Indigenous communities continue to oppose plans to build the region’s largest hydroelectric dam that would flood lands belonging to the Terraba and Chinakicha peoples. Costa Rica has set a goal of becoming carbon neutral by 2021. Yet the economy of the country depends on more than 2 million people getting on planes to come here each year.

There is a dark side to Costa Rica’s dependency on tourism: the sexual tourism industry. Costa Rica is a source, transit and destination country for women, men and children subjected to sex trafficking and forced labor. A new law implemented in February 2013 prohibits all forms of human trafficking, but enforcement and victim services are still inadequate.

As the most highly developed country in Central America, Costa Ricans had a per capita income of $12,874 in 2013, according to the World Bank. Yet the poverty rate remains around 23 percent, not much better than the rest of the region. The impoverished often live in barrios and rural areas that tourists never see, but they are here.

Many of the reasons for serving in mission in Costa Rica are the same as they were nearly a century ago when Harry Strachan and Susan Beamish Strachan first visited the country. After several years of working as missionaries in Argentina, the Strachans were looking for a location to serve as their base of operations for a new evangelistic ministry with a continental reach. After visiting 17 countries, they moved to Costa Rica in October 1921. The accessibility of the country and its geographical location made it an ideal bridge between Christians in North American and those in Latin America. The climate of San Jose offered a healthy place for students coming from different countries to study at the Latin America Biblical Institute, the precursor to the Latin American Biblical University. But most of all, then as now, Costa Rica was a place in need of witnesses to God’s love for the world in Christ. God´s mission is happening here and we are called to be a part of it.

Thank you for helping make it possible for me to serve in Costa Rica on behalf of Presbyterian World Mission through your gifts and prayers. If you haven’t given recently to my support, please consider doing so. If you and/or a group from your church would like to explore mission in God’s world today from the vantage point of Costa Rica, my colleagues and I at the Latin American Biblical University would be glad to welcome you here.

In the hope of God’s coming Reign,