Building a Life of Faith. Support the Pentecost Offering.
Make A Donation Click Here >
Home › What We Do › Where We Work › Co-workers › Juvenal and God’s Grace

A letter from Kay Day, serving in Rwanda

Greetings from Rwanda. As we move into the second month of this new year, God’s grace is at work answering prayers. My colleague Juvenal Rwamunyana, who serves as a lecturer and the chaplain for the Protestant Institute of Arts and Social Sciences (PIASS) and as president of Kigali Presbytery, has been praying for three years for the opportunity to do his PhD studies in pastoral counseling. The doors seemed closed. In August 2017 he was accepted at a university in Kenya, but without the money to support him. He searched for that support, but it was not forthcoming and he had to write to the university and ask for a delay of admission. He prayed and more diligently sought finances. I have been supporting him in prayer for this pursuit. Last week, he knocked on my gate after we had both finished our teaching for the day. He seemed nervous. When I asked what I could do for him, he smiled shyly and said he had news about his studies. A partner from Europe who had been approached about funding his studies had agreed. There were two great points of rejoicing. This partner has only funded programs and projects, never individuals, and yet they had agreed to fund his studies. This is even more amazing, realizing that Juvenal is 53. Most benefactors want to invest in younger candidates who have longer to use their education. But God has made the way for this 53-year-old man to be funded by a group that has only sponsored projects. We praised God! 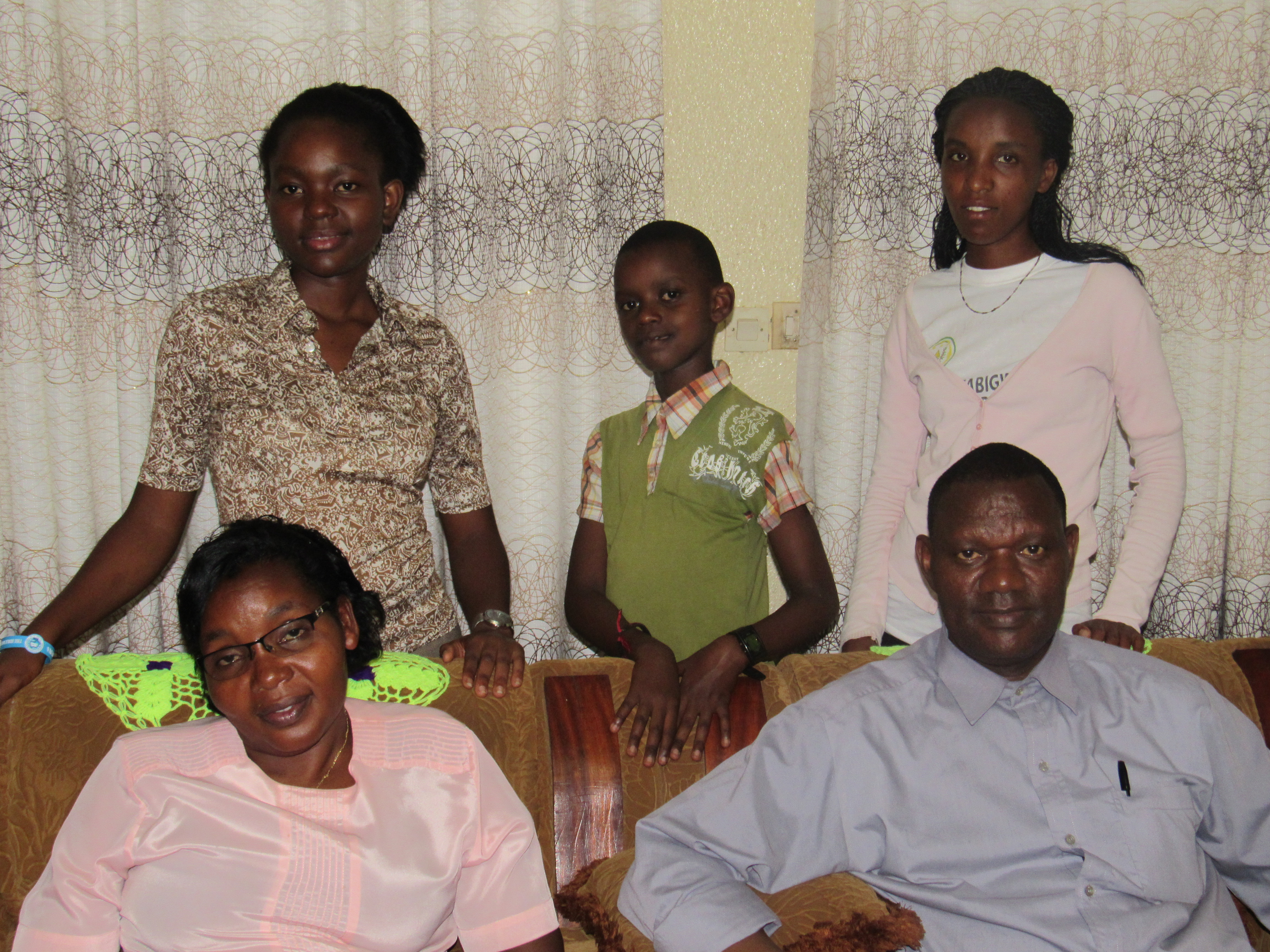 Juvenal, his wife and their three youngest children

But there were some challenges. He would have to leave within the week to begin his studies and needed to make arrangements for all of his responsibilities at PIASS and with the presbytery. The presbytery was not a problem since he has a capable vice president to assist him. But PIASS presented hurdles. He could rearrange his teaching schedule to complete all his courses before he left and after he returned in May, but he needed to find a substitute as chaplain. That was why he came to see me. He asked if I would take the responsibilities as acting chaplain in his absence. As we talked, it was clear that the timing would work. He would be back from his first term of studies in late May and could resume his role while I was in the States from late June to the end of September. He will have to leave in late August to resume his studies, but classes will be in recess until the beginning of October, so there is not much to do for that month we will both be out of the country. So I was able to say yes. Two days later, I was presented to the students and faculty as the acting chaplain, and that afternoon, Juvenal left to travel to Kenya the next day. So I am now responsible for all the campus worship services, overseeing the choirs and doing pastoral counseling. This small role on my part enables Juvenal to accept God’s answer. We rejoice that our God is an answering God!

I pray that you are experiencing God’s answers to your deepest needs and desires. One of my prayers is for the time I will have in the States this summer. I have heard from several of you about visiting your churches. My deep desire is to thank as many as possible of you in person for your support and to share what God is doing through that support for God’s work in Rwanda. I look forward to hearing from you as I set plans.