…be led forth in peace. (Isaiah 55:12). Support to the Peace & Global Witness Offering.
Make A Donation Click Here >
Home › What We Do › Where We Work › Co-workers › Looking at Sanitation Access

A letter from Rochelle and Tyler Holm on Interpretation Assignment in the U.S., returning to Malawi

Individuals: Give to E074868 for Rochelle and Tyler Holm’s sending and support

Congregations: Give toD507572 for Rochelle and Tyler Holm’s sending and support

For many of you, welcome to our quarterly newsletters! We have been encouraged and blessed in the past few months by many people around the country while we have been speaking and raising awareness about our work. We have done a combination of everything from large formal to small groups, churches, front page of the newspaper, radio show, meeting with a community college president, and lots more!  Many are new faces we have met for the first time, with others we are deepening old friendships and partnerships.  We have also been able to introduce Mphatso to family for the first time, as well as introduce her to “everything” America.  Let’s just say Mphatso is a fan of both ice cream and cheese…

But our busy speaking schedule has been demanding, and we are looking forward to resuming our normal routines and getting back to our work at both Mzuzu University for Rochelle and the University of Livingstonia for Tyler.   We leave the States for Malawi in the middle of July and are especially excited to be rejoining our worshiping community in Mzuzu with the Church of Central African Presbyterian (CCAP). 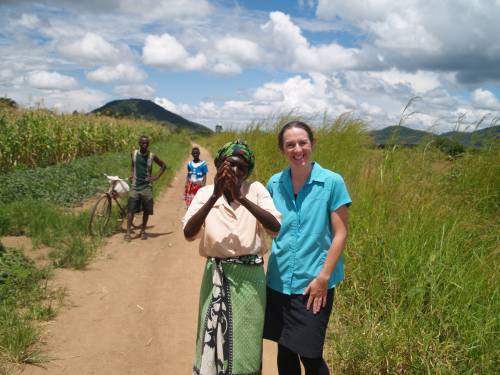 One exciting interfaith project that is currently being conducted by Mzuzu University in partnership with the Church of Central African Presbyterian (CCAP) Synod of Livingstonia Development Department is research for water, sanitation and hygiene (WASH) access for people with disabilities in a nearby rural district. Mzuzu University was established by the Malawian government and admitted its first students in January 1999.  In 2009 the Centre of Excellence in Water and Sanitation was established within Mzuzu University and participates in research, training, and outreach programs in a variety of water, sanitation and hygiene projects.

We are working for this project in several remote communities that have low access to sanitation, and in many cases the people are defecating in the bush.  Our work is trying to move communities away from open defecation to using simple household-level pit latrines as a start.  Over the last several months our team has been observing standard training offered by government community health works as a baseline.  Then in April (before Rochelle left for the States) Mzuzu University offered a unique training on community involvement to raise awareness for WASH access in rural areas for people with disabilities.  Over the next few months we will be looking at the impact of this new training module and new community involvement approach, both for what is working and what is not working.  Ultimately national policy may be adapted from lessons learned on this project. 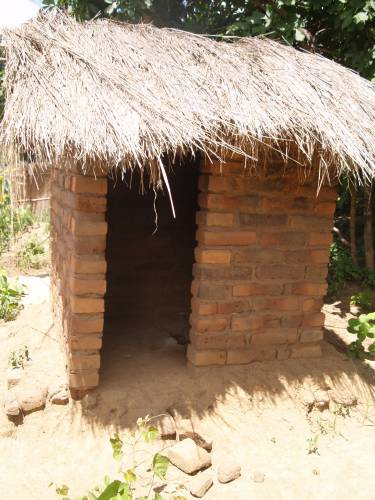 This project is a great example of using the long expertise of the CCAP Synod of Livingstonia Development Department field officers who are working alongside the government extension workers in the field and the research capacity team at Mzuzu University, which Rochelle considers a blessing to be a part of.  The research has been eye-opening to the entire project team about the often silent struggles in WASH access for people with disabilities in Malawi, and our team has been working extra hard as more and more humbling stories and struggles come into the research.  But this project also shows the importance of the CCAP and Mzuzu University working together so poverty can be addressed by both national policy and practice by the church and government together.  Addressing poverty is also one of the critical global issues of Presbyterian World Mission.

Second Kings tells us the story of Naaman’s response to his physical disability.  As terrible as his leprosy was for him, his initial response to Elisha’s instructions was to dismiss such simple instructions.  If Elisha had told Naaman to offer a thousand animals or go on a mighty quest like is shown in some Ancient Near East literature, he would have accepted that more easily than the simple instructions to wash in the river Jordon.  We should not confuse the supernatural change that Naaman experienced with natural changes, but his reluctance to accept a simple solution is often true of the human condition. It is tempting to want to always expect a mighty problem to require a mighty solution.  Sometimes, however, a simple solution can have a real effect on complex problems. The Mzuzu University team is using this as a base to study access to sanitation for people with disabilities.

Tyler’s work continues with the University of Livingstonia Faculty of Theology, and we are excited about the upcoming August graduation, followed by the next school year starting in September.

Thank you for your current financial support for our family through Presbyterian World Mission.   We would ask that you prayerfully consider increasing your gifts toward our remaining need for our work or introducing new people to our work who may come alongside His plan in Malawi.  Please reach out to us as we continue to trust.