A letter from Jeremy and Luta Garbat-Welch serving in Malawi

As the year draws to a close, we have been reflecting on our time in Malawi and Africa so far. While we’ve been on the continent for nearly a year and a half, it feels like we’ve only been settling in to life here for a year. Our first months involved so much travel, and we didn’t actually move into the house we are renting until the end of October 2014. As the rains are starting to fall once again, we have been digging in our yard and planting our garden for the new season. Jathniel has looked upon the rains with wonder, remarking upon “Water! Water!” everywhere. Water is one of his favorite things, so the fact that it is falling from the sky and making puddles all over is amazing to him. It seems that he has forgotten the rains from last year. A year is a long time for a toddler!

A year is a long time for us as well. In the past year Luta has traveled to two of the other countries that she serves. Plans to travel to Congo and South Sudan fell through, but we hope she will be able to make it next year. Jeremy and Jathniel got the hang of being without Mama during her trips. And Luta and Jathniel had the chance to be without Daddy when Jeremy went to California for two weeks for a memorial service. We’ve seen animals in the national parks and at the lake, and we’ve all enjoyed bird-watching and exploring the new plants that we can try to grow in our yard. 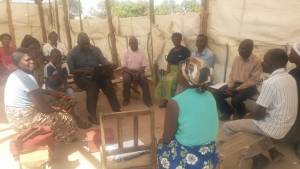 We have also seen the struggle of poverty here in Malawi, a struggle that is surely reflected in the other countries where Luta works. The change in rainfall patterns means that the old way of farming maize (corn) is insufficient, and people are going hungry. The floods of the previous season have made things worse. As new rains come, we hope that people will adjust their practices and learn to adapt to the weather and create systems that can handle adversity and hardship so that they do not come to rely on handouts and the generosity of strangers. We’ve seen that many systems of helping actually hurt by creating a culture of dependency and reliance on outsiders. We’ve seen that other approaches, such as the Community Health Evangelism (CHE) approach to development, encourage people to identify and affirm the gifts that God has given them and use those gifts to benefit themselves and their communities.  This approach helps undo the culture of dependency.

As we have settled in to life in Malawi and continue to learn Chichewa, there continue to be reminders of how complicated it can be to interact with a new culture and acquire deep learning. This is even true in English! While in Zambia someone told us that Jathniel was “very jacked up.” To our American ears this did not sound like a good thing, but the person seemed to be saying it in a positive manner, so we asked for clarification. Imagine our surprise when he said that it meant Jathniel was very intelligent!

After a year we have finally managed to get our Temporary Employment Permit (our long-term visa for Malawi).  However, despite out best efforts, we have barely started navigating the complicated and lengthy process to get driver’s licenses. We’ve learned how to stand right next to people in line (when there is one) so as to not lose our place, and to push ourselves forward to be served when there isn’t a line. We’ve learned that some days it’s okay to walk away when we just don’t have the emotional energy to jockey for whatever it is we thought we needed. 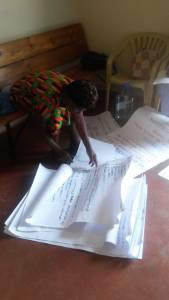 The relationships that we formed with our Ethiopia partners while in Kenya have continued to grow and be a blessing. Rachel Weller, mission co-worker in Gambella, helped Rev. Matthew Doleak get set up with Skype before she left for the U.S.A. for Interpretation Assignment. Now Luta enjoys the early morning greetings she receives from Rev. Matthew through Skype. It is a joy to hear his voice.

Both the East and West Gambella Bethel Synods have moved forward with the initial CHE Training process and by the end of the year they will have completed the second round of Training of Trainers. They have creatively adapted the process to fit their cultural and social context. Luta looks forward to joining them in an in-depth Biblical training they will offer to CHE Trainers next year.  The CCAP (Presbyterian Church in Central Africa) synod of Zambia was able to send two people to the CHE internship in Kenya this year. Bridget Ngwata, Deputy CHE Coordinator, has brought new vitality to the CHE program while Rev. Lazarus, lecturer at Chasefu Theological College, is laying out how the vision for training future pastors in CHE will be implemented.  Elida Mphedwa, CHE Coordinator for the Nkhoma Public Health Department, who also attended the CHE Internship, has deep visions for the future of CHE and its work throughout Nkhoma Synod in Malawi. It has been a joy to walk with these individuals as their understanding of CHE grows, as they recognize the potential impact this paradigm shift will have for their communities, and as they hope and dream for the future of their communities and their church.

We look forward to the next year, to the surprises and joys God has in store for us, and to our continued partnership with you. We plan to be in the U.S.A. from April to July of 2016. We have not yet started planning our calendar, so now is the time to be in touch with us if you would like us to visit and speak at your church!