Building a Life of Faith. Support the Pentecost Offering.
Make A Donation Click Here >
Home › What We Do › Where We Work › Co-workers › Traditions and Progress

A letter from Dennis Smith in the U.S., on Interpretation Assignment from Argentina

Our scheduled six-month sojourn in the U.S. is now at eight months and counting.  It now looks like we’ll be here until June!

One of our goals for this sojourn in the U.S. was for Maribel to be naturalized as a U.S. citizen.  Unfortunately, in our first six months here we received contradictory advice from official sources and so lost a good deal of time.  Maribel is happy to report that now, finally, she is moving quickly through the process.  She has had her “biometric” appointment (that’s what they call fingerprinting these days!) and is studying for her citizenship exam and interview scheduled for April 7.  Then she’ll be sworn in as a new U.S. citizen and process her new passport.  We’re anxious to get back to Buenos Aires!

We’re thankful that we were able to spend Christmas with family. I’m deeply grateful that I was able to accompany my brother in the last days of his battle with cancer, and then support my sister-in-law in making the necessary final arrangements. 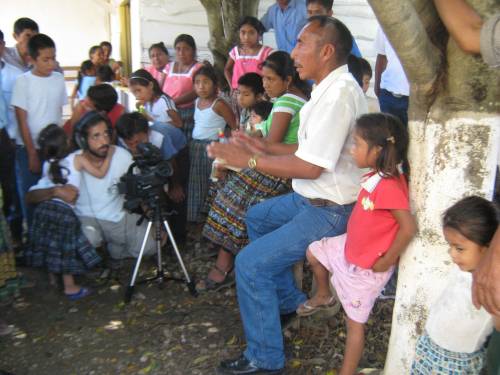 We’ve also been able to renew friendships with many of our supporting churches.  We’ve gallivanted from Oregon to Texas to Pennsylvania and have more church visits scheduled for April and May.  Special thanks to friends at Highland Presbyterian Church in Lancaster, Pa., for loaning us a car through the end of April!  How generous all of our supporting churches have been with their hospitality, and how encouraging it has been to be able to share our passion for God’s mission from their pulpits, in their Christian Education classes, breaking bread together with mission committees, and discussing mission partnerships with pastors.  We are in conversation with three churches that are thinking about taking mission study tours to the Southern Cone in 2016.  Let me know if you want to tag along!

I write this seated at my desk in Buenos Aires.  I’m on a three-week swing through Argentina, Chile and Brazil to represent Presbyterian World Mission at different meetings with our ecumenical partners.  It’s been great to catch up with our youngest son, Benjamin, who has been holding the fort here; he has just begun the new school year at the National Technological University of Argentina and he’s loving it!  Lucas, our oldest, is working at two different jobs in Louisville and is enjoying this first taste of making his way in the world.  God is good; we give thanks every day for your support for our ministry and for your prayers.

On Monday, March 16, I sat in on a meeting of Catholic colleagues working on Educommunication.  This approach to pedagogy—Paulo Freire was an early proponent—assumes that education and communication are part of a holistic process that builds not “couch potatoes” but free, engaged, discerning citizens whose values are rooted in the common good. 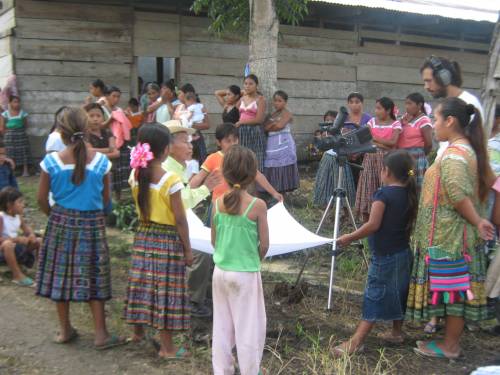 Vittorio Pilone, an Uruguayan documentary filmmaker and old friend, invited me to the meeting.  Vittorio worked for years in the Q’eqchi’ region of Guatemala.  He married a social worker from Petén and we had worked together on some projects there.  Since then Vittorio and his wife moved to Uruguay.

Vittorio shared with the group how he came to work on a documentary with the Q’eqchi’ community of El Chal in Petén, Guatemala.  He described how people in the community approached him, wanting to make a documentary recording some of their sacred traditions. They were already working with schoolchildren to write down some of their legends, but now that TV had come to El Chal, they wanted to take advantage of video technology to preserve essential elements of their culture and identity for future generations.

As Vittorio talked with the men and women elders in the community, they remembered together how much had changed in the last few decades.  Roads had come, and electricity.  Electricity allowed some to buy refrigerators.  Refrigerators meant that when they slaughtered a turkey or a pig they could prepare what they needed and store the rest.  Before, they would have shared the resulting meal with the community.  Was this progress?  What did their sacred traditions say about the moral implications of accumulating goods for one’s self?

At the same time the community had gained access to cell phones and television.  Landlines are rare in this region, but now almost all families had access to a cell phone.  Many now had smart phones, and thus Internet access.  What had been isolated communities now began to feel more connected to the world around them—a world that spoke Spanish, not Q’eqchi’. Yet, for the first time, they could easily stay in touch with relatives who had immigrated to the city or to the U.S. or call for aid in case of emergency.

So the elders granted Vittorio permission to make a video documenting their sacred traditions.  Here, thinking back to his training in educommunication, Vittorio made a counterproposal: “Let’s make it together.  I’ll teach you how to use the equipment, together we’ll map out the stories you want to share, and I’ll be available for technical assistance as needed.”

This led to an ongoing collaboration. Over a couple of years they produced several videos and prepared written documents tracing their cultural history as a community.  Local churches have participated in the project.  In the Catholic mass, because they understand that God’s Spirit is present in all human cultures and that God continues to speak in our midst today, they sometimes add a video clip of an elder telling a sacred Q’eqchi’ story to the regular readings from the Old and New Testaments.

Being with Vittorio on Monday brought back many memories of life and ministry in Guatemala.  I give thanks to God that nowhere can we go where God’s Spirit is not already present, working tenderly to bend human hearts toward Christ’s forgiveness, love and justice. So many lessons learned.  So much yet to learn.  God is faithful.

During this Lenten season we trust in Christ’s resurrection, praying that we might have eyes to see and ears to hear the many opportunities God gives us to reach out and serve others in Christ’s name each day.  Thank you for joining us on this journey through your prayers, your correspondence and your regular financial support.  We look forward to seeing you way down South!

Under the Mercy,
Dennis Smith