In this mission letter, I would like to respond to a common question that I get when I visit churches. As part of my ministry here I perform weddings on an occasional basis for non-Christian couples. While most of these observances are done decently and in order, there are those few that are memorable, where the unexpected happens, and I learn something new. I wish to share one wedding in this letter. 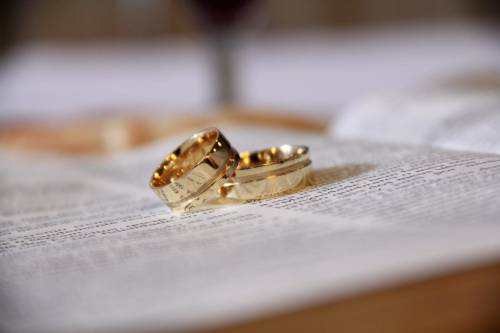 Constantly I am reminded that I was not born in Japan and am not a native speaker. So, why should that sideline me from doing something useful, such as performing a wedding? I mean, what could possibly go wrong? Over an entire career, I could preach to thousands, maybe tens of thousands. Early on, when I had first started performing weddings for non-Christians, I made sure that I followed the outline and liturgy in the Protestant Prayer Book as closely as possible. I spent a good two days making a version based upon the Roman alphabet. I needed that. In places, there was a little English added for some cross-cultural spin. This would help to remind everyone that I am doing my best, albeit with an American accent. I had each word down. I made a glossary and even flashcards. I practiced the wedding in front of a mirror and timed it to about 18 minutes, which was long. The first few weddings went by. Slowly, I could establish more eye contact with the assembled guests and couple. I could attend more to what the organist was doing so that I could speed up or slow down if there was a spot we needed to be in sync. Of the many people in the chapel, at least two people need to know what is going on, the celebrant and the organist. Everyone else can be on a mental vacation. 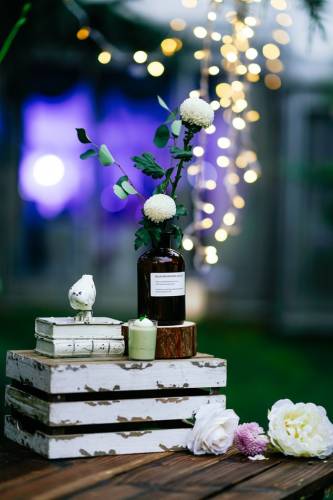 Then, one day, it happened. During the vows, the groom replied to my question with a DIFFERENT word, a verb in particular, one which I had never heard in my entire life. This word sounded terrible. It sounded like “Chi-GAI-masu” which means in English, “You are out of your mind, bucket-head!” So, imagine you are in my shoes, and you have just asked in Japanese, “Do you promise to take so-and-so as your lawfully wedded wife, in sickness and in health, in plenty and in want for all the days of your life till death do you part?” And you are 100% certain that you just heard: “You are out of your mind, bucket-head!” in a polite and determined voice. I paused for what seemed like an eternity. My head was spinning. I looked in the eyes of the groom and he had a wonderful look on his face as if he were looking into the future. I looked at the bride, and she had a soft smile, patiently waiting for her turn. I felt like something was wrong all around. I looked over their shoulders to their parents and they looked happy and content. So, I proceeded and asked the bride the vow question and heard the exact same thing: “You are out of your mind, bucket-head!”

During the exchange of the rings and signing of the wedding certificate, I glanced at the organist. Her face was as white as a ghost; she knew that I had not heard that word before. I heard one thing, but they said: “Chi-KAI-masu,” which means not just to vow, but to swear an oath. It is the strongest word one can use in public for a promissory statement. I proceeded, and later after everyone had left, the organist said that she knew what was going on. I had kept my cool and kept going as planned. Learn something new every day? On that one, not just a new word, but to be observant and remain a servant.

I really do not wish to think about what would have happened had I reacted negatively to what I thought I heard based upon my ignorance. To say the least, someone would have been stuck with one huge bill for the entire event, wedding, gown and tuxedo rental, reception and whatever else can be imagined. Me!

In the end, I learned that my limitations are ever more present than I had previously thought. When we function in different cultures and speak different languages, we often cast ourselves as neutral, almost with a glass bubble around us where we perceive everything in terms of what we expect. That mindset is normal in that it works most of the time. There are, however, those few times when we have to look at ourselves as incomplete and less competent than we would wish. The imperfect, humble and gentle servant. And, for God’s presence here in Japan and in the fostering of a greater understanding that hopefully leads to greater permanence and acceptance of the Gospel message, it’s enough.

Be completely humble and gentle; be patient, bearing with one another in love.