A letter from Thomas Goetz, serving in Japan

I would like to thank all who responded by email to my last mission letter about an American missionary who baptized a non-believer into the faith during a home Bible study. Randy did so without consulting the local United Church of Christ in Japan (UCCJ) church with which he was affiliated. The Japanese woman who sought baptism appeared to be more concerned with her grave than with following Christ. In Japan, it is considered shameful to die without someone to look after your grave. This woman, an only child in her 70s, was single and had no children. She believed if she were a Christian, someone would look after her grave. From an outsider’s point of view, it seemed as if she was seeking to escape a near-certain shame rather than seeking salvation.

Shortly after the woman informed the minister that she was baptized, I was called to help find a solution. The following is a summary based upon memory, a memo supplied by Randy and my notes on our meeting. 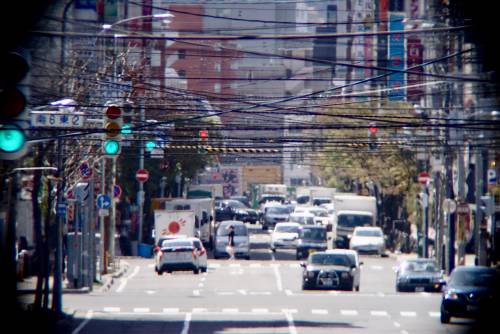 Randy’s thinking was indicative of his denominational background that regards scripture as the inerrant word of God. In light of that, he thought that the UCCJ’s rules on baptism were not only different from his denomination’s, but wrong. In the UCCJ, ordained clergy are the ones who baptize, whereas in Randy’s denomination, this is not the case. I could see variation but not conflict; I did not share his view on scripture, but saw an over-arching opportunity for theological exchange based upon mutuality and respect.

Randy opened the conversation about baptism by saying that “Christians need to understand that there is no teaching in Scripture that says baptism must only be by ordained persons, nor any teaching that a church committee can decide who gets baptized.”

In response, I asked him to consider that churches have their rules, and we need to go about our mission from a position of a visiting guest, regardless of how long we have been here. I asked directly if he was familiar with the UCCJ’s views on baptism. And he was not.

Randy insisted that he performed the baptism upon request and there is nothing miraculous about ordination. He presented instructions and warnings for church leaders from scripture that maintain that church leaders are just as human as any other person:

The saying is sure: whoever aspires to the office of bishop* desires a noble task. Now a bishop* must be above reproach, married only once, temperate, sensible, respectable, hospitable, an apt teacher, not a drunkard, not violent but gentle, not quarrelsome, and not a lover of money. … He must not be a recent convert, or he may be puffed up with conceit and fall into the condemnation of the devil. Moreover, he must be well thought of by outsiders, so that he may not fall into disgrace and the snare of the devil. (1 Timothy 3)

I told him that I Timothy 3 was out of place. The minister of the local church was as upright and blameless as Timothy prescribes for bishops and deacons. He was not a recent convert, nor was he known for drinking.

As I saw it, the focus in this situation should have been Randy, the outside guest of a church neither under his charge nor of his denominational background. I asked him a rhetorical question: “Do all adult converts in your denomination receive graves?” As I expected, he said no. I asked to what extent he knew about the seeker’s assumption that membership in the earthly church and the church eternal includes free graves. Randy did not answer and instead said that she was ready to accept Jesus Christ as her Lord and Savior. But when pressed about how her concern for her grave factored in, he said that graves on earth do not matter. At this point, I could see that Randy was a dedicated and eager Christian who loved sharing God’s love. His theological background, however, afforded him a dim view on the more worldly cultural concern of an actual grave.

I asked him how, looking at things from her point of view, her concern for an actual grave was deeply spiritual.

It became apparent that we needed a way out. I asked the extent of her English proficiency and if she understood what becoming a Christian entailed.

Randy was hesitant to answer. He changed the subject, focusing on baptism as only a SYMBOL of faith, a symbol of sharing in the death and resurrection of Christ. He once more cited scripture to support his conviction that it is not important who does the baptism, as long as that person is a Christian. The two verses he used to support his conviction, Colossians 2:11-12 and Romans 6:1-10, talk about death to sin, being buried with Christ and such. His logic was based on an inference that went well outside the citations.

I insisted that the issue at stake in the situation between him and the UCCJ might be understood better through considering that those who perform Christian baptism in the New Testament have been set apart by Christ for an office in the church (e.g., Peter, Paul, Phillip). And he was not recognized as such.

A Japanese Stone Garden does not have a “this side/that side” in its beauty.

Inasmuch as I set out to avoid a “this side/that side” debate, that, in the end, was what happened. The nature of our conversation proved to be paradigmatic. I needed to reconcile by acknowledging the spiritual side of the situation. God was using Randy as an instrument of love to bring a non-believer into the faith. I trusted that. And, Calvin would agree that this was more about her ultimate conversion, not merely a baptism in exchange for a thing. I believe there was a larger plan.

So, what is the takeaway? As Presbyterians, we are not simply to wave off ecumenical institutions and glide past the relationships, often decades in the making. We are to stand by them, respecting those who have dedicated their lives as Christians as servants for the greater good.

Later, Randy would write a letter to the church, but in no way was it an apology. Without such, it was hard for him to continue his partnership with the church. My notion is that Randy wanted to show what he could do. That is, he himself. I felt that he was expecting applause and adulation. But what he got instead were questions critical of his theology, questions that would burn in his head for the rest of his life, which came to a tragic end not long after in a traffic accident.

We agreed that our conversation was a good one. We parted as friends. If I worried about anyone, it was the minister. I worried that members of his congregation would blame him for the debacle somehow. There are some views that outsiders such as myself might not see, and this turned out to be one of them.

Ubi caritas, et amor, Deus ibi est. Where there is caring and love, God is always there.