A Letter from Kurt Esslinger and Hyeyoung Lee, serving in Korea

Greetings to you all in the name of Jesus the Christ, the Prince of Peace, in this time of waiting to celebrate his birth and the birth of hope. Hyeyoung, Sahn, and I have been traveling the US now for four months. We are nearing the end of our six-month itineration trip of visiting churches and sharing the stories of the work we are doing alongside our partners in Korea. Our visit to the US began with a note of some trepidation in August. Our plane from Seoul arrived in Atlanta late in the evening, so we went straight to the Mission Haven house that would be our base of operations for a well-earned sleep after a 13-hour flight. We woke up the next morning to see that President Trump had given a press conference in which he threatened North Korea with “fire and fury the likes of which the world has never seen” if North Korea threatens the US again. North Korea immediately responded that they would prepare to strike the US territory of Guam if the US moved toward a pre-emptive strike. The world media then collectively forgot the conditional nature of North Korea’s response, and they tried to tell the world that North Korea would definitely strike US territory. Subsequently, we met with many anxious and concerned US Presbyterians as we began our visits to churches in the US soon after. 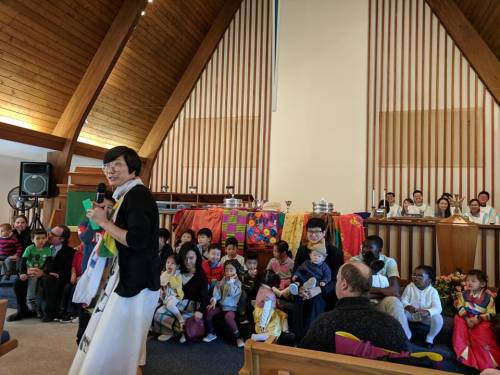 Hyeyoung presents at a joint worship of a Korean church and Multi-cultural church in Boston.

We found a heightened interest in our work in Korea and received a flurry of questions at each community we visited, and we felt a renewed sense of the need to share the stories of hope that we bring from Korea. As usual, most people in the US have only heard about the threats of war, as most media merely share stories of conflict. They share little about the Koreans consistently calling for dialogue and negotiations to bridge the gap of the conflict and find resolution without the need for war, leading people to assume erroneously that violence is the only way to solve this conflict.

The most common question we received from supporters in the US focused on how Koreans in Korea are feeling with the increased threats of war. We talk about how, for Koreans, life simply goes on. A visitor would not be able to feel much of the anxiety of possible war arriving in Korea, as Koreans have learned to live their lives with decades of threats of war. Many in Korea feel anxiety, but they have learned to keep it under the surface. When they hear comments like that from Senator Lindsey Graham, “If there’s going to be a war to stop [Kim Jong Un], it will be over there. If thousands die, they’re going to die over there,” then many South Koreans wonder whether it is worth spending energy on worry. If someone is going to push the button across the ocean, they may feel their anxiety will not do much good if they will be vaporized anyway. 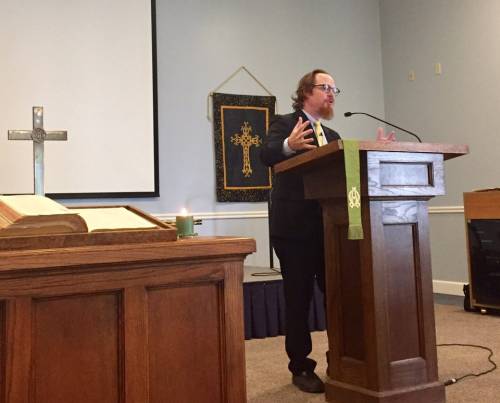 Kurt presents at a church in Athens, Texas.

In this darkness, Hyeyoung and I share the stories of our Korean partners like Emily and the village of Gangjeong who continue to exert their strength in creating a peace community, hosting conferences, and training Korean and international groups in building a peace community despite having part of the village taken away to build a naval base. We share the story of our former YAV, Simon Doong, who responded to the suggestion of our partners in Korea that we participate in the candlelight demonstrations in Seoul demanding the South Korean president be held accountable to justice and democracy. He now volunteers as a second year YAV at the New York site and is placed at the PC(USA) Ministry at the United Nations. We also share the story of Dr. David Suh who went through the experience of transforming his hate and desire for revenge against his North Korean enemies into love and reaching out in compassion to build humanizing relationships alongside our partners, the National Council of Churches in Korea (NCCK). 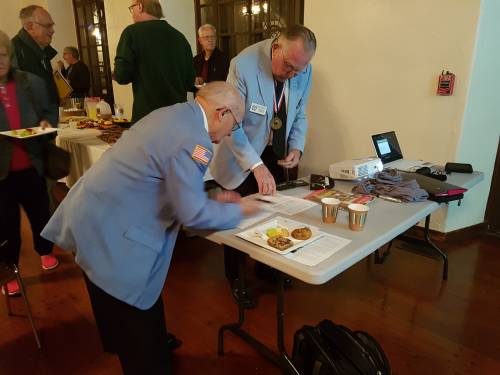 As threats of war increase, partners such as the NCCK increase their urgency in asking partners around the world like us in the USA to help convince our leaders to turn from threats of war and instead build authentic bridges of humanizing relationships to resolve the conflict and establish a peace treaty. Even if our leaders refuse to do so, we nonetheless endeavor to build those relationships ourselves, learning about the untold stories of the conflict to better understand what successful solutions could look like. We have seen amazing responses, such as a group of Korean War veterans who, after hearing each of our stories, walked up and signed the NCCK’s petition to the US administration for entering negotiations for a peace treaty without pre-conditions blocking the dialogue.

In this way we embody the inquiry of the prophet Habakkuk, who brought the question to God, “O Lord, how long shall I cry for help, and you will not listen? Or cry to you ‘Violence!’ and you will not save?” We also embody the response that Habakkuk received from God, “Write the vision; make it plain on tablets, so that a runner may read it. For there is still a vision for the appointed time; it speaks of the end, and does not lie. If it seems to tarry, wait for it; it will surely come, it will not delay.”

Thus, we wait for the promise of God and for justice. We wait to celebrate the coming of the Prince of Peace into our lives, but we do not wait passively. We actively write the vision, creating that reality with the power God has given us. We hold the light in the darkness so that the darkness may not overcome it, no matter how small our light seems to be.

We thank you again for your support this year with prayers, donations, and hosting our family on these visits and filling us with good warm food and compassion. With you alongside us on this journey, we are reminded of the power of the Spirit to inspire and fill us with the passion necessary to transform narratives of hate into narratives of hope.