A Letter from Al and Ellen Smith, serving in Germany/Russia

It begins to look like spring in Berlin — the daffodils have come and gone, and there are various other bulb-type plants threatening to bloom, although I’m not sure what kinds. This week, however, I’m not in Berlin, but in Russia, where it is definitely still winter. The roads are in what we would call “fair winter driving condition” back home in Wisconsin, and snow has continued to fall since we have been here. Between now and the May holidays, there will be a protracted period of rasputitsa, the dreaded spring thaw that turns the countryside into a mudhole. Historically, of course, rasputitsa has been very useful in confounding the plans of invaders, but it’s still no fun.

I have spent the past couple of days working with my Roma colleague Andrey on ministry plans for the rest of the year. We have to finalize plans for the summer children’s camp now, since Ellen and I will be in the States from mid-April until mid-July. With the soccer World Cup taking place in Russia this summer, it’s a good time for us to visit churches and for Ellen to attend General Assembly, and a bad time to be in Moscow. 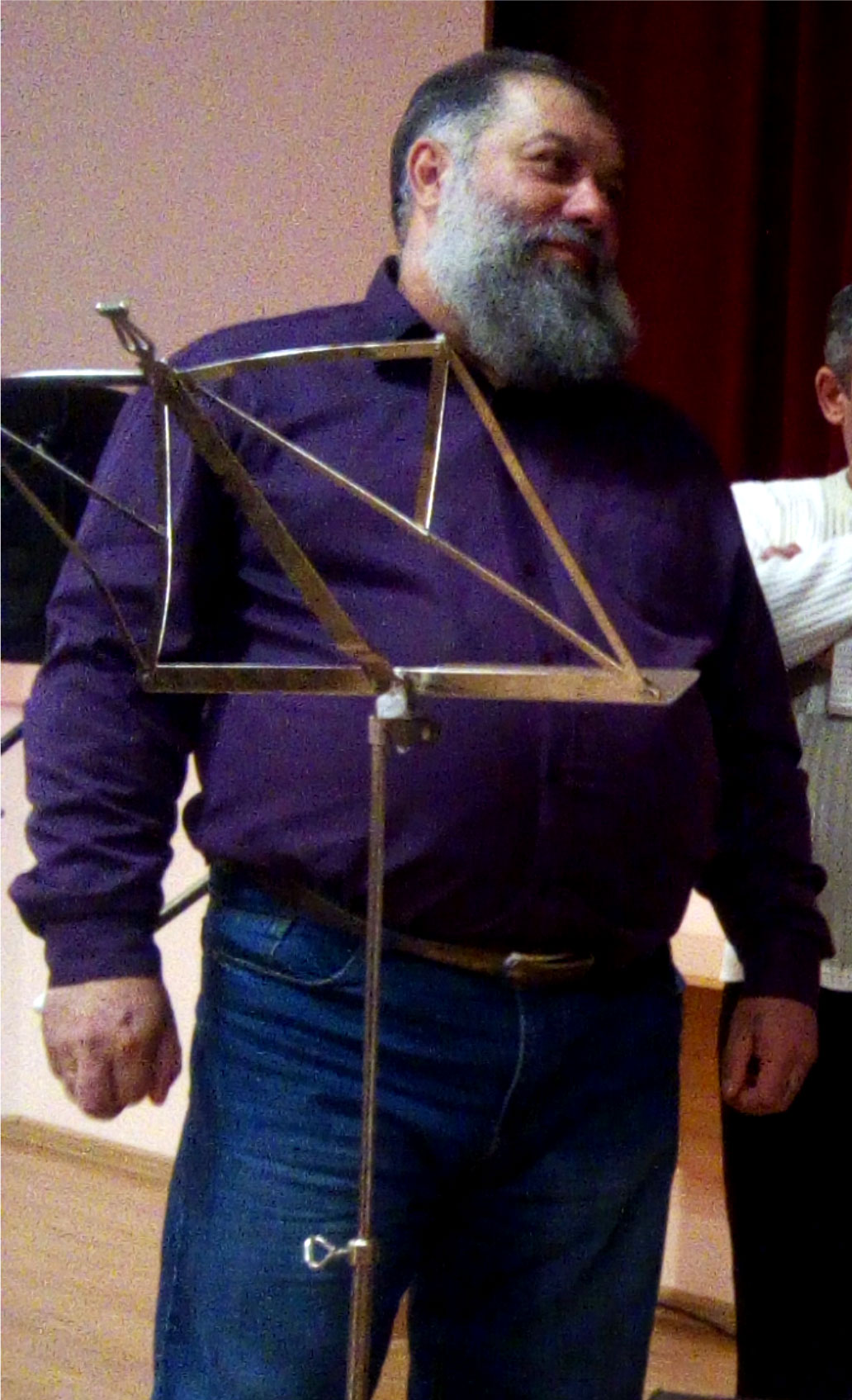 Andrey at an evangelization conference in Shakhti, Russia

Andrey and I have been working together now for more than twelve years, dating from the second Roma leadership conference, which took place in Moscow in the cafeteria of the school where I was teaching. At that point, Andrey and the three or four others travelling with him were the only Roma participants; the rest of us were either Russian or American. Participation in the conference mirrored the reality of Roma ministry at that time — most of the planning and decision-making was done by non-Roma. My Slavic colleagues, with the best of intentions, assumed that they needed to be the ones making the decisions and explaining to the Roma newcomers what Christian life was all about. Although he was circumspect about saying so, it seemed clear to me at the time that Andrey was not altogether happy about the way things were being done. At one point, with the courage of inexperience, I told the group that I really wanted to hear the opinion of the Roma who were present as to where our priorities should be. Everyone seemed to be shocked that I would ask. Twelve years later, Andrey continues to tell me about his priorities, exactly as he perceives them. I am honored that he will tell me exactly what he thinks, just as I am honored that longtime colleagues will now, after all these years, correct my Russian — it is a sign that we trust each other.

Andrey’s ministry continues to expand — Roma groups invite him to come and preach and to evangelize. He is hoping to have a training team come from Kharkov, in Ukraine, in order to put on a “Heart to Heart” program, which is meant to equip lay people for evangelization. Additionally, he and other leaders in Roma ministry have established a Roma ministry association, which plans to meet six times a year in Moscow to discuss plans and share experiences. Meanwhile, he serves as pastor and preacher to his own church, manages the family farm, and works part-time. Everything that energy and dedication can do, Andrey and his friends are doing, but they continue to need financial support. We are immensely grateful for the faithful support of Presbyterians who have made Andrey’s wider ministry possible.

Ellen and I plan to be in the States for about three months, and would be happy to visit any churches that would like to have us come. The time around General Assembly and Sharing Conference is pretty well spoken for, but other times are available, particularly during the month of May. Please let us know if you are interested.

As always, we are grateful for your prayers and support, and wish all of you a happy and blessed Easter season.