Reflection: As a public defender, I frequently encounter parts of the legal system that are irresponsible barriers to justice. One of the reasons so few people take on this work is that in many of these cases, even a good lawyer has a hard time protecting their clients from unjust sentencing.

In Iowa, simple possession of marijuana, first offense, is a “serious misdemeanor,” punishable by up to 180 days in jail and a $1,000 fine. If the defendant has been convicted of possession of a different controlled substance, or in other ways violated the controlled substance statute in the past, other sentencing enhancements can apply, such as the “habitual offender enhancement,” making the mere possession of marijuana punishable by up to 15 years in prison or more.

That is insane — especially for a drug that hurts society less than cigarettes or alcohol. These sentences are employed almost exclusively against people of color, although whites use marijuana at a similar rate, which means that there are far more white users of marijuana, overall.

The debate over legalization is heated, and it would need to be accompanied by significant regulation. However, it strikes me as an obvious step to reduce simple possession of marijuana to the lowest possible level, a “simple misdemeanor,” and to keep all other drug possession charges to one level higher, “serious misdemeanor,” regardless of the number of offenses. At any level of punishment, only providing access to care centers and treatment is going to produce any good, healing results.

We should also eliminate the “habitual offender enhancement” from felony drug possession cases and other nonviolent property crimes. In Iowa, if you have been convicted of two or more felonies, and are convicted of another felony, the minimum punishment you can receive is an indeterminate term of incarceration not to exceed 15 years, with a mandatory three years before parole.

Prosecutors regularly charge defendants with multiple felonies and then attempt to apply the habitual offender enhancement to each one. For example: a guy commits seven acts of forgery, and in so doing, steals about $1,500 from a bank. He has previously been convicted of two or more felonies. The prosecutor charges him with seven class D felonies, each punishable by up to five years in jail, and then applies the habitual offender enhancement to each. Each charge is now punishable by up to 15 years in prison, for a total of 105 years, with 21 years mandatory before parole eligibility. This, too, is crazy. Life in jail does not fit the crime of stealing $1,500, but this happens every single day. It is in the process of happening to one of my clients as I write this reflection.

Prison is not a tool of peace, and should be a place of last resort — a place for violent offenders, and offenders who commit inherently evil, “malum in se crimes, and others who pose a direct and appreciable threat to the others. It should not be a repository for the mentally ill, which it currently is, nor be a mechanism for oppressing Black America, which it also currently is.

Demons within this system of “justice” are legion. Cash bail laws put impoverished people in jail without a trial. Racially profiled traffic stops, ostensibly done for trivial reasons like having too much dirt on a license plate, are not just. The overwhelming power of prosecutors leads to disparate treatment across the system, and a shortage of prosecutors of color contributes to this bias. District court judges need to stop bending over backwards to justify police conduct, stop doing lip service to the warrant requirement, and actually apply the law of the Fourth Amendment, strictly. And racial sensitivity training, substance abuse education and poverty simulations should be required for all prosecutors, every year that they practice.

Practice for Peacemakers: Today, remember God’s children that are imprisoned and in jail. Consider giving to The Bail Project, which pays bail for those being held without a trial, or to an organization that provides resources to people recently released from prison. Alternatively, join or start a prison ministry organization through your church and live out the Matthew 25 call to visit God in jail.

Prayer: Dear God, we know that your justice is restorative, not retributive. Help us to heal our flawed institutions, and not forget those whom we have cast into prison. And help us to heal our nation, so that one day we may be — and feel — equal under the law. 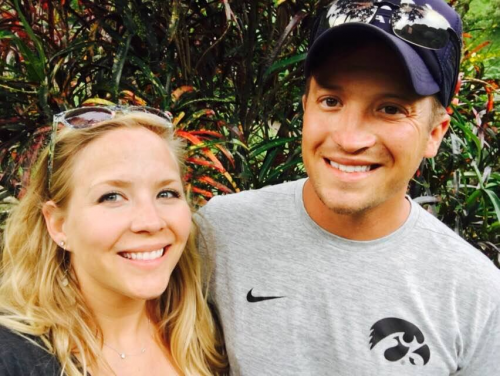 Adam Stone is a lawyer and public defender who serves the communities in and around Des Moines, IA. He lives in Des Moines with his partner Melissa and their two children.

This year’s Season of Peace Resources are designed to help participants explore practices for building peace on every scale. From the personal level to global issues, these reflections and prayers will help grow the faith and witness of the whole church. Throughout the 29 days of  the 2020 Season of Peace, we are invited to reflect upon:

About the Season of Peace

A Season of Peace is a pilgrimage designed to deepen the pursuit of peace. This year’s resources are designed to help participants explore practices for building peace on every scale, from the personal level to global issues. A Season of Peace culminates on October 4, World Communion Sunday, with the Peace & Global Witness Offering. Resources are available at presbyterianmission.org/seasonofpeace.