As the new Congress takes its seat in January 2019, political watchers are expecting a significant change of policy from the House of Representatives, where Election Day swept a new party in to power in the House.

The new Democratic majority in the House of Representatives is expected to promote several policies in its first 100 days, including a restoration of the Voting Rights Act, an increase in the federal minimum wage, an infrastructure package, a permanent solution for young adult DREAMers who immigrated to the U.S. as small children, and a shoring up of key provisions of the Affordable care act, such as protection for patients with pre-existing conditions.

It remains to be seen whether the new House majority will be able to garner any bipartisan cooperation, though the makeup of the new caucus, as well as the Senate, where the Republican Party increased its majority, indicates that bipartisanship will be necessary. 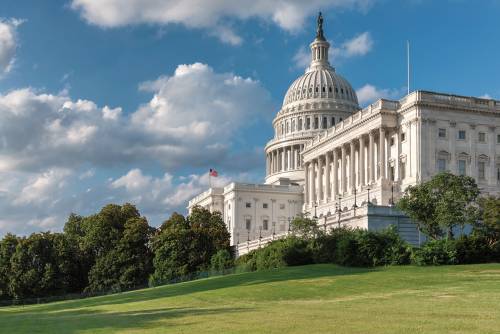 At the time of the writing this article (early December 2018), the Congressional lame duck session (the period after the election, but before the outgoing Congress adjourns) had not yet gotten into full swing. While at this time we cannot predict what may be accomplished, priorities of the PC(USA) General Assembly that might see movement are sentencing reform as part of a larger prison reform package and re-authorization of the Farm Bill, where important food and conservation policies are decided.

Despite these priorities, however, the biggest debate for the lame duck Congress continues to be a final deal on Fiscal Year (FY)2019 Appropriations bills, for which the current Continuing Resolution (CR) expires on December 21, 2018. The most contentious piece of the appropriations conversation will be the Department of Homeland Security’s (DHS) funding for immigration enforcement and building of the border wall.

Presbyterian advocates, together with our faith-based partners, expect a difficult political debate over the merits of increasing border enforcement, as opposed to a more commonsense approach to immigration policy that includes alternatives to the detention. Multiple PC(USA) Assemblies have expressed concern and opposition to building a border wall, not to mention horror at the inhumanity with which immigrants and asylum-seekers are treated in U.S. detention centers and for-profit prisons.

Of course, we don’t know… the lame duck Congress could conceivably pass the buck by approving a short-term CR that sustains government funding until early 2019, refusing to come to a bipartisan agreement on sentencing reform (for which support exists), and failing to agree on a Farm Bill, which used to be a bipartisan issue. Should Congress fail to enact these measures, the funding bills would necessarily bump to the top of the agenda for both chambers of Congress in the New Year, necessarily delaying the Democrats’ start on the priorities on which they campaigned.

A short-term solution would be unfortunate, because real people depend on the programs that Congress has yet to fund and they will suffer if we, through our government, fail to ensure care and compassion for the most vulnerable people.

But , in a larger sense, the state of gridlock that prevails in Congress today (and has for many years now) is endangering the nation. Key pieces of legislation that used to be bipartisan efforts are now drawn down party lines. The collegiality that Members of Congress used to enjoy – where members of different parties could debate vociferously on the House or Senate floor and then share a meal later that evening – seems to be gone.

The nation needs a restoration of civility that goes deeper than simple politeness. Instead, we need a reconciliation that brings people of differing ideological viewpoints together to strive to understand each other’s arguments, that we might in good faith debate solutions for shared problems. Only by bridging the gaps and recognizing that all people, even our political opponents, are children of God, can we begin to restore working order to the American experiment.

Despite rumors of a CR to extend the deadline to February 8, 2019, the federal government entered a partial shutdown at the end of the day on December 21, 2018. Some 800,000 federal workers are currently furloughed without pay, though 450,000 are deemed essential and are therefore required to work without pay.

Before adjourning for recess, Congress passed and President Trump signed a new Farm Bill that avoids the harsh restrictions on SNAP (formerly the Food Stamp program) that had previously been approved by the House of Representatives. Congress also approved and President Trump signed the FIRST STEP Act, a bipartisan criminal justice reform bill that includes sentencing reform provisions (including a reduction in mandatory minimums), facilitates citizen reentry after incarceration, and promotes anti-recidivism programs.

The 116thCongress was sworn in on January 3, 2019. The first order of business in the new House of Representatives was to pass two spending bills to end the government shutdown – one that funds the Department of Homeland Security until February 8, and the other that reopens and funds the rest of the government until the end of the fiscal year (September 30). Both bills passed with some Republicans crossing over to join Democrats in ending the shutdown. Senate Majority Leader Mitch McConnell, however, has said he will not bring any bill to the Senate floor unless President Trump approves. The Senate passed a very similar spending plan on December 19, two days before the government shutdown began. The prospects of ending the government shutdown are uncertain at this time.

The Democrats in the House also introduced HR1, a broad package of election and ethics reforms that will be known as the “For the People Act.”