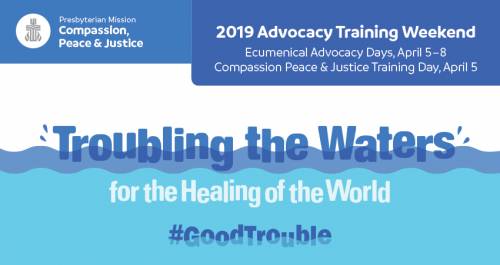 Join us April 5, for Compassion, Peace & Justice Training Day at New York Avenue Presbyterian Church in Washington, DC. Gather with your fellow Presbyterians as we look at how our church and our partners are working on the most pressing issues of our time. In plenaries and workshops, we will analyze our current context and offer concrete tools for members and their congregations to address these urgent issues.

After Compassion, Peace & Justice Training Day, join the ecumenical community for Ecumenical Advocacy Days, April 5-8. Almost 1,000 Christian advocates join us every year for a weekend of workshops, lectures and concrete actions addressing the ills of our nation. The weekend culminates in Lobby Day on Monday, April 8, when we raise our voices in the halls of power. 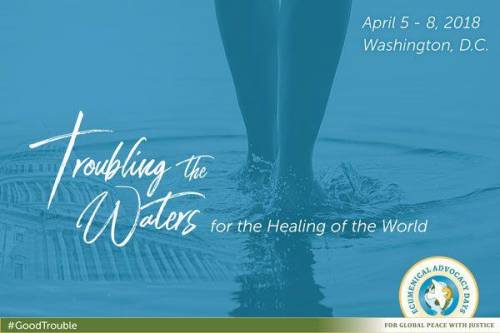 The history of engaging in #GoodTrouble is embedded in our faith tradition and our history as a nation and in the world. In the Bible, we read stories of the midwives who resisted Pharaoh and preserved the lives of Hebrew baby boys. We see Moses challenging the authority of Pharaoh, and Jesus overturn tables run by money changers. Throughout our U.S. history, Native peoples resisted land theft and cultural assimilation by European settlers through many forms of resistance. Colonists resisted England’s imperial overreach and enslaved Africans resisted captivity both physically and spiritually. That spiritual resistance was especially pronounced in spirituals sung by those dehumanized by slavery. “Wade in the Water,” and other spirituals were messages of lament, hope and courage. They also included instructions on how to get to freedom. Years later, leaders such as Rev. Dr. Martin Luther King Jr., Rosa Parks, and John Lewis drew on these same spirituals for inspiration as they stirred up #GoodTrouble in their time.

Today, we are deeply troubled by what we see in the world. The 2019 Ecumenical Advocacy Days Conference will draw on #GoodTrouble pioneers from the Civil Rights era as well as inspiration from young leaders to learn from the past, share best practices, and encourage one another for the work ahead. Through worship, educational and training workshops, and advocacy, we will beckon the Spirit to “Trouble the Waters” as depicted in John 5:1-9, calling on God to bring healing to our nation and world. Join us as we envision and train for new ways to stir up #GoodTrouble for the healing of all God’s children. 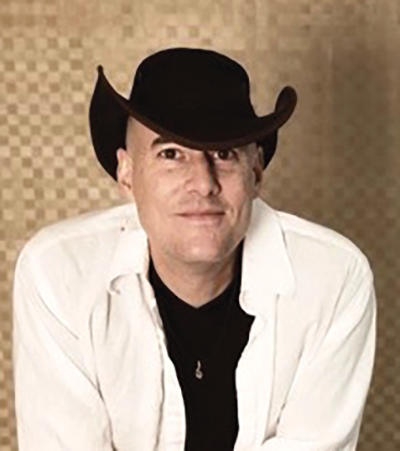 David LaMotte is an award-winning songwriter, speaker and writer. He has performed over 3,000 concerts and released twelve full-length CDs of primarily original music, touring in all of the fifty states, as well as five of the seven continents.

His dense speaking and workshop calendar has included presenting at the PC(USA) Mission to the United Nations, keynoting peace conferences in Berlin and at the Scottish Parliament, as well as offering the baccalaureate for 2016 graduates of Columbia Seminary. As a keynote speaker, and then Critical Conversations Coordinator, he has facilitated conversations about race, privilege, and positive change for thousands of college students at the Montreat College Conference. His TEDx talk on what music can teach us about peacemaking was published in 2018.

David has published three books, including two illustrated children’s books and in 2004, he and his wife Deanna founded PEG Partners, a non-profit organization that supports literacy, critical thought, and artistic expression in Guatemala. He continues to serve as the President of PEG. He is also a consultant on Peace and Justice for the North Carolina Council of Churches, and served as Clerk the AFSC Nobel Peace Prize Nominating Task Group.

As a result of his work with schools in Guatemala, he was named a “Madison World Changer” by his undergraduate alma mater, James Madison University. David makes his home in Black Mountain, North Carolina, with his wife Deanna and son Mason. He is currently touring extensively, speaking and performing. 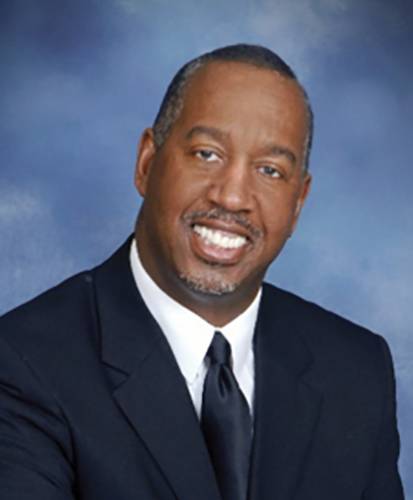 The Rev. Jimmie Ray Hawkins serves as the Director of the Presbyterian Church (U.S.A.) Office of Public Witness in Washington, DC.

For twenty years before coming to Washington, he served as the pastor of Covenant Presbyterian Church in Durham, NC, 1996-2016.  During that time God blessed the congregation to construct a new facility, maintain ministries for youth people, provide meeting space for non-profits and community groups and experienced church growth. Between 1992 – 1996, he served as the senior pastor of Grace Presbyterian, Holmes Memorial and Trinity Presbyterian churches in western Virginia (Peaks Presbytery).

The Reverend Hawkins served as Treasurer on the Church World Service global board and as a board member of the National Council of Churches. He is a board trustee with Union Presbyterian Seminary. He has chaired several interfaith /ecumenical and non-profit boards: Durham Congregations in Action, the Interdenominational Ministerial Alliance, the Religious Coalition for a Non-Violent Durham, Housing for New Hope (homeless advocacy), End Poverty Now, and others.

His community ministry includes being a leader for the Moral Monday Movement since its onset in 2013. He has participated in three actions of civil disobedience protesting the actions of the NC General Assembly to curtail voting rights, refusal to expand Medicaid, HB2 and other draconian legislation. He served as a member of the NC NAACP Executive Committee and has been active in justice advocacy throughout his ministry.

The Reverend Hawkins earned a Bachelor of Arts in Social Studies from North Carolina Central University (Durham, NC); a Master of Arts in Christian Education from the Presbyterian School of Christian Education (Richmond, VA); and a Master of Divinity from the Interdenominational Theological Center/Johnson C. Smith Theological Seminary (Atlanta, GA).

He is the son of Elsie L. and the late James P. Hawkins. He is married to Sheinita Hampton Hawkins and they have two children: Kaela Renee and James Hampton.