The president’s order does nothing to address the plight of the more than 2,300 children who have already been separated from their parents under the president’s “zero tolerance” policy. The reality is that it may not stop separating families, will not reunite the thousands of families already torn apart, and aims to lock up even more children and families.

The order codifies Attorney General Sessions’s zero-tolerance policy, instructing officials to continue to prosecute adults crossing the border as criminals—including those who are seeking asylum–, “but will seek to find or build facilities that can hold families—parents and children together—instead of separating them while their legal cases are considered by the courts.” The order also seeks to modify the 1997 Flores settlement agreement that bars the detention of migrant children for more than 20 days.

The executive order instructs attorney general Jeff Sessions to ask for the federal court’s permission to open the terms of the Flores agreement so that the families can be kept in custody until their cases are resolved.

People of Faith around the country are outraged that our tax dollars are supporting our government to tear families apart and incarcerate children. Under the Trump administration’s extreme “zero tolerance” immigration policy, immigrant families are being separated at the border. The policy, which was officially announced on May 7, has led to more than 2,000 immigrant children being ripped from their parents while attempting to find safety at the U.S. border.

The decision to accelerate family separation is voluntary. As long as President Trump and Attorney General Sessions choose to prosecute 100% of parents, their kids will still be taken away from them. Whether it’s 3 days, 3 weeks, or 3 months, ripping kids away from their parents is traumatizing and immoral and there is no “fix” to this self-created problem. The only fix is to stop incarcerating parents.

We must not repeat the immoral acts in our country’s history that violently divided families in the slave trade and Indian boarding schools.  Presbyterians around the country have the opportunity to “practice biblical hospitality to immigrant groups” (220th General Assembly, On Advocating for Comprehensive Immigration Reform) and join the ranks on the right side of history in an attempt to co-create the Kingdom of God.

Hi Rep ____My name is _____________ and as a Presbyterian I am devastated with the administration’s decision to enforce family separation at the Southern Border. I urge you to vote NO on the Border Security and Immigration Reform Act and any other legislation that would further divide families and criminalize parents.

Sample Tweet: @RepresenativeName, I urge you to vote NO on the Border Security and Immigration Reform Act. We need policy to #KeepFamiliesTogether

3) Plan a Neighbor-to-Neighbor Visit to Your In-District Member Offices: Your Members of Congress will be home from June 30th – July 8th – an important time to share the importance of decriminalizing migration. Establishing and nurturing relationships with your Senators and Representatives are crucial to enacting immigration policies that protect and affirm the rights of all people, and also to stopping proposals that would exacerbate family separation. Every Senator and Representative has an office – often multiple offices – in their home state. Use our Neighbor to Neighbor Toolkit to request meetings and put together a team. Here are some guidelines:

Here’s a template op-ed, please adapt for your local context and share the published piece online with the hashtag #pcusa. Feel free to email nora.leccese@pcusa.org to let the broader Church know you were published.

5) Understand the Root Causes of Migration

Watch the film, The Genesis of Exodus: The Roots of Central American  Migration 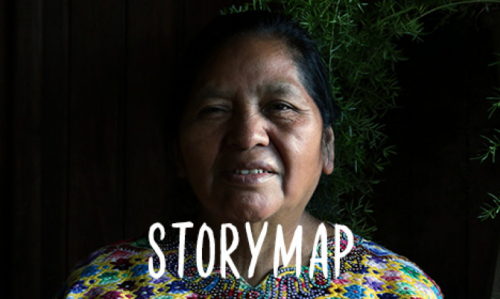 6)Bring Prayer and Hymn to your worship

Organizations and Resources for Further Learning

Resources from the Faith Community

National Migrant Justice Organizations: Seek out a local chapter and get involved!

*Many thanks to Presbyterian Disaster Assistance, The PC(USA) Office of Immigration Issues for partnership on this toolkit and The Catalyst Project and Mijente for resources and framing