“Together with people all around the world, Christians at the outset of the 21st century must respond to this climate crisis by developing a new way of living in harmony with Earth’s energy resources and in solidarity with all of God’s creatures. This moral obligation involves our commitment to the poor and marginalized among the present generation, but it especially includes our responsibilities to future generations. Actions taken or not taken today will impact the welfare of the planet for centuries to come.”

Another decade has now passed and the threat of climate change has not diminished nor have we sufficently responded to how the deepening crisis is shouldered primarily by communities in the Global South. As Earth Day falls upon a Sunday, a day of worship, in 2018 , we are presented with a unique opportunity for reflection in our faith communities. The following release from Creation Justice Ministries goes further in the opportunities and resources available as April 22 approaches to explore our own sense of place, connection to land, and knowledge of the indigenous peoples who stewarded the land pre-colonization. 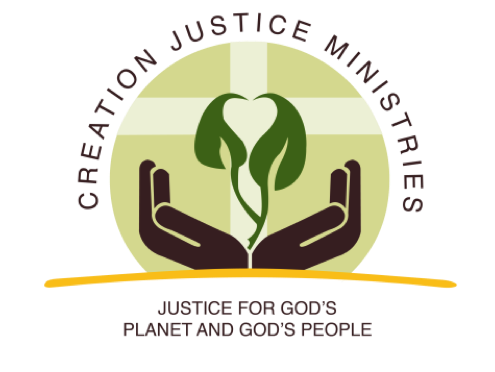 On April 22, 2018, many churches across the United States will observe Earth Day Sunday. Since 1970, communities have taken one day each year to be especially mindful of the Earth and its many gifts: April 22, Earth Day. This is a liturgical year that Earth Day and Sunday fall on the same day, and that Earth Day neither conflicts with Holy Week nor Easter Sunday.

Each year, Creation Justice Ministries, an ecumenical continuation of the National Council of Churches’ Eco-Justice Program, provides Earth Day Sunday celebration resources. The theme each year is chosen by ecumenical leaders from Creation Justice Ministries’ member communions based on what issue they believe is most pressing. In the resource, the urgency of embracing “sense of place” is expressed this way:

“On any given day in the United States, it is possible to drink coffee from Guatemala, while wearing clothes made in Bangladesh, while sheltered under a roof that was partly manufactured in China. The average U.S. adult devotes approximately ten hours a day to consuming media[1], spends 87 percent of their time indoors and passes another six percent of their time inside a vehicle.[2] Today, connecting with our local communities requires intention.”

The “Sense of Place” Earth Day Sunday resource includes materials to reflect, teach, preach, pray, and act to preserve a “sense of place” in our communities. The education section of the resource begins with a poignant quote from Ralph Ellison’s The Invisible Man: “If you don’t know where you are, you probably don’t know who you are.”[3]

Ecumenical leaders’ intention for the resource is to encourage Christians in the United States to engage in spiritual practices that help us be more present to one another and our local watersheds. The resource encourages bioregional faith practices such as familiarizing ourselves with our watersheds and using them as a frame of reference for gatherings, as well as speaking aloud Indigenous territory acknowledgements at the beginning of gatherings. The Bible Study in the resource includes an invitation to read Psalm 104 in context by imagining how it would sound when referencing plants, creatures, and geological features familiar to our own watersheds.

The resource also explores connections between place and racism. It reads: “While places encompass all, and should include all peoples as co-inhabitants, places have often been seen as possessions, and inhabitants as objects of conquest. Our relationship with our watershed and its inhabitants is affected by, and has shaped, our understanding of race and ethnicity.” The piece touches on themes such as the Doctrine of Discovery, redlining, gentrification, and sacrifice zones.

In the action section, the resource invites congregants to get to know their local public lands and waters, participate in garden ministries, care for water, and protect nearby threatened and endangered species. The resource also includes tools to assist faith communities considering honoring Endangered Species Day on Friday, May 18.

Find all this and more at www.earthdaysunday.org.