Jesus: “You have heard that it was said to those of old, ‘You shall not murder; and whoever murders will be liable to judgment.’

A Statement on the killing of Stephon Clark

On Saturday, March 26, 2018 Stephon Clark was shot to death in his mother’s backyard. His crime: holding a cell phone. Police fired 20shots, killing him. Change the name of the victim, yet the details remain the same. A young African American male lies dead on the ground. A mother sheds tears for a slain son. Children lose a father.

This tragedy comes on the heels of the news that the police officers who killed Alton Sterling in Louisiana in 2016 will not face criminal charges. 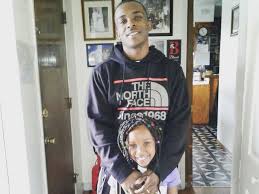 Many had hoped that the use of video technology would decrease the incidence of police shootings. Rather, the rate of shootings continues to grow and the suffering undiminished. According to the Washington Post, in 2017, 987 Americans were shot and killed by police; 24 more than in 2016.

Policing in America is an extremely dangerous job, for both officers and those they serve. Therefore, it takes individuals who are properly trained and able to discern when deadly force is the only choice. But an already volatile situation becomes even more deadly when race becomes a factor. According to an analysis of 2015 police killings by the Guardian, people of color make up about “37.4% of the general population in the US and 46.6% of armed and unarmed victims, but they made up 62.7% of unarmed people killed by police.” The shooting of Black men, both armed and unarmed, continues at an alarming rate with little to no consequences to police who commit such atrocities.

There is ample research into solutions on strategies and policy changes which need to be implemented by departments around the country: The Resolution on Police Accountability, 212th General Assembly, 2000 outlines the ways the Church can play a vital role in promoting the safety of both officers and citizens. Suggestions include:

The prophetic voice of the church needs to be heard when tragedies occur, comforting families and calling for justice when injustice occurs.

We know that elusive nature of justice for African Americans slain by police is evidence of a justice system that, to this day, does not seem to value all life. It is continued evidence of systemic racism which the Church is charged to uproot and transform in order to build the Beloved Community. The adoption of the Confession of Belhar by the 222nd General Assembly provides us a place to begin, by disrupting systemic racism in our own communities. The Confession provides a theological basis to call the Presbyterian Church (U.S.A.) into repentance for its complicity with the ongoing struggle of historic and current racism in the United States. We urge all communities, particularly majority white communities, to explore the anti racism resources offered by the PC(USA) https://facing-racism.pcusa.org/ and to commit to prophetic action to transform our surroundings and ourselves.