In September 2017, The Census Bureau released its annual report, Income, Poverty and Health Insurance Coverage: 2016. The report included the nation’s most up-to-date numbers on average household income, income inequality, and childhood poverty. In the report, we learn that, on average, American household income has increased slightly by 3.2% and that the official poverty rate has decreased by the narrow margin of 0.8%. While the report does outline that there has been no significant change in income inequality, per the Gini Index, it does nonetheless place America at nearly 50% inequality (.481 on the Gini Index). The Census Bureau also presented statistics on the current status of health insurance coverage, as the number of Americans without coverage has fallen narrowly by 0.3% and now stands at 8.8 million. In these tumultuous political times, we may find it easy to be distracted by the overwhelming rhetoric and sweeping news cycles of the day, but statistics such as these should ground us and cannot be overlooked.

With the Nation experiencing deep political divides, it is necessary to internalize our shared place in God’s creation, the fundamental reality that the Lord weeps equally for the child born into poverty on the Southside of Chicago and the similar child born in the coal hills of West Virginia. To recognize this is to accept that the glaring injustice of poverty and the infliction of economic pain permeates beyond the barriers of our social constructs of political affiliation, race, and identity. Indeed, The Confession of 1967 calls us to action as it affirms that reconciliation through Christ, “makes it plain that enslaving poverty in a world of abundance is an intolerable violation of God’s creation.”

Beyond the overarching statistics presented in the Census Bureau report, specific details lend further insight into the various demographic and geographic facets of American poverty. For example, there continues to be significant income disparity along racial/ethnic lines as the average income of a non-Hispanic white household sits at roughly $14,000 and $8,000 more than the average Black or Hispanic household respectively. On a regional basis, while the West and  South have seen average wage increases of 3.3% and 3.9% respectively, wages in the Northeast and Midwest have remained stagnant. Despite the slight growth in the South, the region remains the most heavily stricken by poverty with the states of Louisiana and Mississippi possessing poverty rates of over 20%, 7% above the national average.

The childhood poverty statistics are even more striking as 18 states, plus the District of Columbia, are faced with over 20% childhood poverty rates. This particular crisis extends into the issue of health insurance coverage as 5.5% of American children are lacking in coverage, with Hispanic children disproportionately affected at 7.9%. Statistics such as these only highlight the crucial nature of current legislative efforts, such as the reauthorization of CHIP (The Children’s Health Insurance Program), still requiring swift passage through the House after a recent Senate deal.

Speak out for those who cannot speak, for the rights of all the destitute. Speak out, judge righteously, defend the rights of the poor and needy. 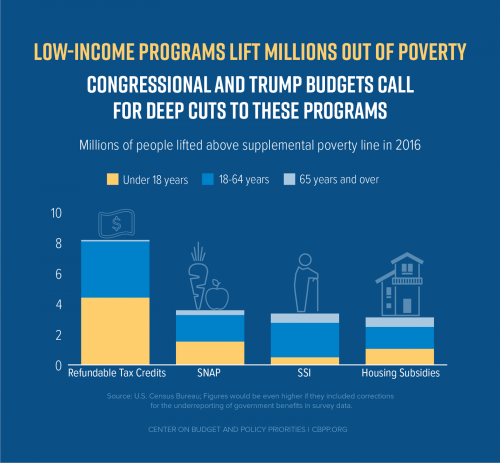 As the budget fight continues to loom and government programs from TANF to the Appalachian Regional Commission, upon which countless Americans in need depend, hang in the balance, we cannot, as Christians, turn our eyes from these sobering statistics. God calls us, in Proverbs 31, to face the injustice and painful infliction of poverty with ever open mouths, an impassioned defense. It is therefore imperative that we use that Christian voice to keep these issues at the forefront and to cut through the overwhelming volume of distractions and divisions. This Census report is an annual reminder of the concrete realities of struggle and of the work yet to be done. It is, fundamentally, a call to action, and it falls upon us to heed its message.

Guest post from Ben Pistora, who is an intern with the Office of Public Witness, PC(USA), and a second year student at The George Washington University studying Political Communications & History. He comes from the small community of Kenton in Northwestern Ohio, where he is a 13 year member of Trinity United Presbyterian Church. The son, grandson, and great-grandson of ministers of the Presbyterian and Czech Brethren churches, the church has been an active presence throughout Ben’s life. Though born in the Czech Republic, he comes to DC, both as a college student and with the OPW, recognizing the deep struggles of the rural Midwestern community he grew up in and rural communities across America, facing the perils of joblessness, economic despair, and the ever intensifying heroin crisis. Having volunteered with several political campaigns, he continues to be active in college with political organizations as well as campus radio. Through his experience with the OPW he hopes to transform long-held passions for socioeconomic and racial justice into true experiential knowledge and a greater capacity to act upon such passions.