Make A Donation Click Here >
Home › Uncategorized › Rev. Hawkins Speaks on the Roll Back of the Clean Power Plan

In the midst of a season of catastrophic hurricanes made stronger by the effects of climate change, the Trump administration has moved to repeal the federal rule that protects creation from the most devastating impacts of a warming planet. The Clean Power Plan is the rule in question and would have pushed states to move away from coal and towards cleaner sources of energy production, in accordance with commitments made in global Paris Climate Agreement that all countries except two signed in 2015. The Presbyterian Church (U.S.A.) decries the decision to turn away from the still insufficient progress the Clean Power Plan represented, and calls upon people of faith to recommit to prayer and urgent action for the protection of the Earth and its people.

This decision by the EPA is an abdication of responsibility to our neighbors and directly contradicts the mandate laid out in “The Power to Change,” a resolution approved by the 218th General Assembly:

As citizens of the United States, which has historically produced more greenhouse gases than any other country, and which is currently responsible for over a fifth of the world’s annual emissions, we implore our nation to accept its moral responsibility to address global warming.

But what are we as Presbyterians called to do in the face of a federal government who actively dismantles our attempts at protection? Even in the absence of the rule, many utilities across the country have opted to shift to natural gas, wind and solar, driven by cost concerns and state-level policies. Many states, like California and New York, are already moving ahead of the targets set by the Clean Power Plan as they develop their own climate policies. We must push at the state and local level for sound energy policy that creates sustainable livelihoods, in addition to the daily actions we take to reduce consumption. Steps to both political and personal action can be found here on the Earth Care Congregations website, and include guides to changing light bulbs, adopting solar panels, and meeting with your member of congress. 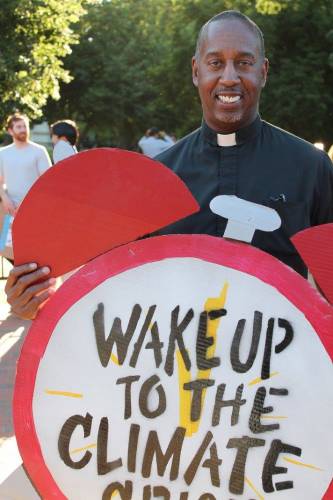