In gratitude, Tony and Lilia Acabal devote many volunteer hours to the Presbyterian-related school 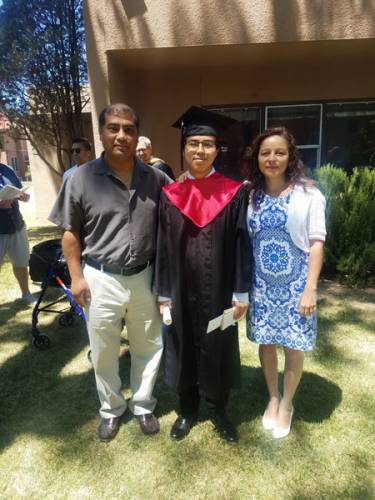 When Tony and Lilia Acabal were determining where to send their children to school, they both carried deep memories of the struggles they faced years ago as new immigrants.

Tony’s family had managed to escape violence-riddled Guatemala in 1987 when he was 15. A decades-long civil war, which claimed the lives of 200,000 people, posed danger at every turn.

Lilia’s family came to the United States from Mexico in 1991 when she was 14.

For Tony, getting a good education in his home country was difficult at best, and the lagging educational attainment compounded the challenges of learning a new language and culture. Lilia still remembers the feelings of loneliness she encountered when she started high school in the U.S.

While Tony and Lilia were able to secure educations and gainful employment, their journeys were tough. “It took us a while to get back on our feet,” Tony said.

The Acabals feared their children’s school experience would also be difficult. “When I was in high school, I felt left out,” Lilia said. “I didn’t want them to go through the same thing.”

Tony and Lilia decided to send their three children to the Menaul School, a Presbyterian Church (U.S.A.)-related secondary school in Albuquerque, New Mexico, and they have not looked back.

“Our children feel like they belong to the community, and we feel like that as well,” Lilia said. “They build close relationships with other students as well as their teachers.”

Lilia and Tony are also pleased with Menaul’s commitment to spiritual emphasis as well as its academic success.

Tony said the strength of Menaul’s academic program was affirmed for them when their eldest child, Marco, a 2019 graduate, began to plan his college course schedule. His college told him to skip algebra. “He’s starting with calculus because he had already learned so much at Menaul,” Tony said. “He wasn’t expecting that. He did very well on his SAT.”

Marco acknowledged that Menaul is “kind of a challenging experience,” but he said the concern of teachers and small classes help students succeed. He also complimented the breadth of learning available at Menaul. “I liked learning about cultures and religions from other parts of the world,” he said. He added that Menaul, much more than most schools, offers classes where “they talk about spiritual things.”

While undecided about a college major, Marco said he believes Menaul prepared him well for further studies. 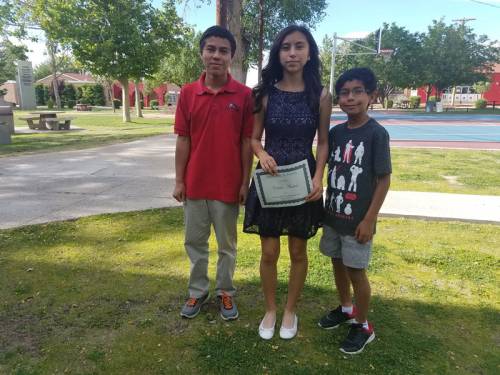 All three Acabal siblings — Marco, Celeste and Luis — have attended the Menaul School, which is supported in part by gifts to the Christmas Joy Offering. (Contributed photo)

Marco and his siblings, Celeste, an 11th-grader and Luis, a seventh-grader, were able to attend Menaul thanks to the commitment of their parents and the school’s financial aid program.

In gratitude for their children’s opportunities, Tony and Lilia are among the school’s most faithful volunteers. They are frequent chaperones at dances and other school events, and Tony, a nurse, accompanies students on school-sponsored camping trips with medical supplies in tow.

“We really want to give something back because Menaul has done a lot for us,” Tony said.

Their involvement is welcomed by their children. “My parents are always there with us,” Celeste said. “They know who our teachers are, they know what we are learning and they are always there to encourage us when we are struggling with anything.”

Celeste loves chemistry and biology and has a special interest in studying about the human body. She hopes to one day enter the medical profession as a nurse or a physician.

Though still in middle school, Luis is already forming career aspirations. “I want to get good grades so that hopefully one day I can become an engineer,” he said. “I’m very interested in engineering and design, and I really like science and physics.”

While Tony and Lilia sacrificed financially to send their children to Menaul, they are keenly aware that their children’s educational experience at the school would not have been possible without the generosity of others.

“We are very grateful for their support,” Lilia said. “A lot of families like ours would not be able to send our children to Menaul without their support. More than 60 percent of students are on financial aid.”

Gracious and loving God, we thank you for emerging young adults, for their curiosity and eagerness to learn. Amen.