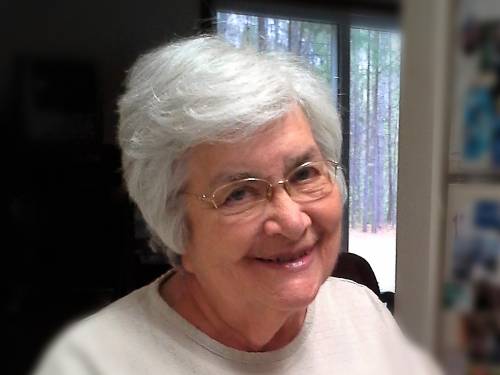 Marie ‘Breezy’ Lusted, who passed away on October 29, served as a mission co-worker and long-term volunteer in Ethiopia for 56 years. (Photo by Rachel Weller)

As Presbyterians reflect on the year 2017 and all the blessings it has held, many are remembering with gratitude the life of Marie “Breezy” Lusted.

Lusted, a Presbyterian mission co-worker and long-term volunteer, served as a nurse and Bible translator in Ethiopia for 56 years. She passed away in North Carolina on Oct. 29 at the age of 85.

“We, as the Ethiopian Evangelical Church Mekane Yesus (EECMY) Bethel Synods, have many memories working with Marie Lusted for many decades in the mission field of God. Our church history remembers the sacrificial commitment she had rendered for our community, especially for our Anywaa people,” said the Rev. Teferi Berkessa, coordinator of the EECMY Bethel Synods.

Mission co-workers Niles and Ann Reimer, along with Anywaa translators, labored alongside Lusted in Ethiopia for nearly 40 years as they painstakingly translated the entire Old Testament for the Anywaa people (formerly Anuak) who live along the western Ethiopia-South Sudan border. The Old Testament translation project, which was under the EECMY, began in the ’70s and was officially completed and celebrated at a two-day dedication service in 2012. 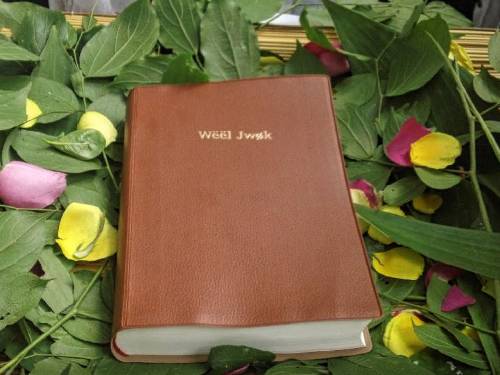 Marie ‘Breezy’ Lusted and colleagues Niles and Ann Reimer worked for decades to make the whole Bible available in the language of the Anywaa people. (Photo by Rachel Weller)

Niles Reimer said Lusted “was a lamp lit by her Lord, a light that continued to burn brightly even during the last six or seven years, in which she suffered continual severe pain and was hit hard by other medical problems.”

The translation work started with notebooks and pencils, progressed to personal computers and was finally completed by Skype with four translators working from two time zones in the U.S. and two locations in Ethiopia.

Their work was preceded by the work of missionary and Bible translator Harvey Hoekstra, who completed a translation of the New Testament in Sudan in 1961. This New Testament was then transliterated by Jim Keefer and Anywaa typesetters into Amharic script, as required by the Ethiopian government. Lusted helped proofread the text as it was being typeset. Years later, when church leaders started asking about the “rest of the Bible,” the mission worker who had led the translation of the New Testament had gone on to another assignment. When no one else stepped forward, Lusted said, “Well, maybe I could do that.”

The dedication of the Bible was viewed as a sort of birth, giving the Anywaa people clearer exposure to the stories of God in the whole Bible in their language, mission co-worker Rachel Weller said.  Lusted was unable to travel to the dedication for health reasons, but she gave greetings in the Anywaa language via Skype. 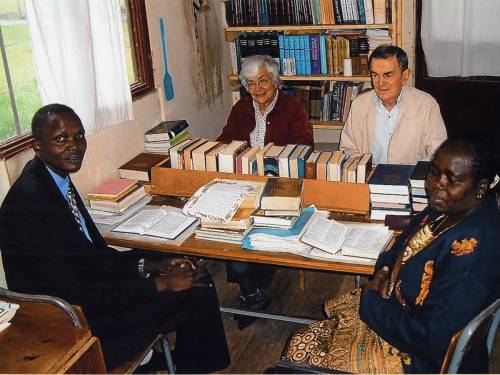 Retired PC(USA) mission co-worker the Rev. Dr. Carolyn Weber, who served in Ethiopia from 2010 to 2015, called the Bible translation project “life-giving words.” She said Anywaa people around the world had eagerly awaited the arrival of the complete Bible in their language.

“For those of us who speak majority languages, it may be difficult to understand the importance of hearing and reading the Holy Scriptures in one’s native tongue, one’s heart language,” Weber wrote. “Many persons around the world are unable to believe that Jesus’ salvation extends to them or that they are worthy of receiving healing — when they only hear the Scriptures in someone else’s language — English or Spanish or Russian or Chinese. Thanks be to God for the long years of translation and proofreading that Christians have dedicated their lives to so that people may receive these life-giving words and know that God is speaking to them in their own language.”

Lusted was just 23 when she arrived to begin mission service in Ethiopia in 1955. In the ’60s, she served as a nurse at a clinic in  Gambella. It was during Lusted’s time at the clinic that a woman came in and handed her a newborn infant who had nearly been buried alive after the baby’s mother had died during childbirth. Lusted found a home for the baby, Ariet, with a woman whose five children had also died at birth.  Ariet Omon, who was literally rescued from the grave with Lusted’s help, grew up and immigrated to Spokane, Washington. She co-founded the Anyuak Meer (Love) Ministry at her home church, First Presbyterian Church of Spokane, to assist Anywaa widows and orphans who are victims of genocide, HIV/AIDS and poverty. Her youngest daughter won a citizenship award at age 12 for her work in supporting relief efforts for the Anywaa people living in war-torn southwestern Ethiopia and along the border with South Sudan.

Lusted’s legacy continues through many people.

“Words cannot express what Breezy has meant to me and to everyone,” Weber said. “The Lord wove her life together with all of our lives to make visible the deep love God has for each one and also the great compassion and healing and love and light of Jesus Christ that shone through her every moment on this earth. We give God all praise, glory and thanksgiving for Breezy’s life, dedication and for making those connections between us all!”

God of the ages, thank you for your faithful servants who strengthen your church. Thank you for giving us encouragement and inspiration, and continue to use us for your glory. Amen.