‘Love is the prerequisite’ 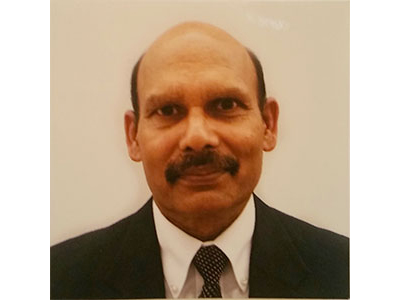 Ministers of all Christian denominations can tell you about the challenges of sharing the gospel in today’s world. For those who serve God in other countries, that challenge can be even more difficult. Samuel Akhtar knows this firsthand, having grown up in Pakistan, and he plans to share his story as one of the 16 International Peacemakers who will visit U.S. churches and institutions between Sept. 22 and Oct. 16.

Akhtar is the son of a Presbyterian minister who was also the first Pakistani home missionary installed by the United Presbyterian Church of Pakistan. His father wanted him to attend public school even though he was the only Christian student in the building.

“Initially, it seemed very tough to me, but later, I adapted adequately and became immune to the biased behavior of the teachers,” he said. “But my confidence grew tremendously as a Christian. I worked very hard in studies and as a result, most of the teachers started liking me, except for a few.”

Akhtar later served as an associate pastor at the Presbyterian Church of Sargodha, and religious persecution was a daily struggle for him.

“Sharing of the gospel is totally banned, and someone caught doing so would be rigorously punished,” he said. “The abuse of blasphemy laws has become a problem of greater concern. Most of the time, the majority of people abuse the laws to seek personal vendettas from poor Christians over land feud, social conflicts or malice. The victims of blasphemy laws are confined to jail long before their unfortunate fate is ascertained.”

In spite of the setbacks, Akhtar says the church of Jesus Christ is still thriving. Through visiting various college campuses in Pakistan, he found receptive students despite some resistance.

“We mostly found atheist students unwilling to engage about the gospel. The second were Jewish and third, Hindus. The most congenial to talk to were Muslim students,” Akhtar said. “They would always talk about religion very nicely and openly. We developed good friendships with them and always attended their functions and programs held in the college or university.”

Akhtar now serves in the Presbytery of Chicago, saying his stay in the United States was accidental. He was invited to preach at a religious convention and arrived just two weeks before Sept. 11, 2001.

“Consequently, the flight schedules were disrupted and my stay in the United States was delayed. I applied for and received an extension and joined United Christian Bible School in Philadelphia, earning a certification in religious studies,” Akhtar said. “The liaison of the Presbyterian Church (U.S.A.) was looking for a pastor to organize an ethnic congregation in Chicago. I accepted and started my ministry in the fall of 2001. I have been serving God by serving God’s people in the United States.”

Akhtar is grateful to the PC(USA) for supporting him in his transition to the U.S.

“It is merely because of their trust and openness toward me that I still continue to remain loyal with the church, contrary to the other Pakistani immigrant congregations that left the church years ago,” he said. “I am invited to attend all meetings, and the presbytery has always been supportive of my ministry. I am proud to be a member of the Chicago presbytery.”

Akhtar says his message to churches and institutions this fall will center on reaching and ministering to those in need. “We have to present the salvation gospel in love and humility, respecting people’s faith traditions. Love is the prerequisite that gives us impetus to respect others’ belief system,” he said. “While presenting the gospel, we have to be as humble as possible. We cannot be proud of any qualification to earn salvation, which is the gift of God and received unconditionally. All human beings have been created in the image of God; Jesus atoned for everyone on the cross. The condition is to believe in him, according to God’s plan of salvation.”

Dear God, let there be many men and women like Samuel Akhtar whose lives might be a channel of your blessings and power for many others. Amen.