…be led forth in peace. (Isaiah 55:12). Support to the Peace & Global Witness Offering.
Make A Donation Click Here >
Home › Is the church really dying? Or is it dying to change? 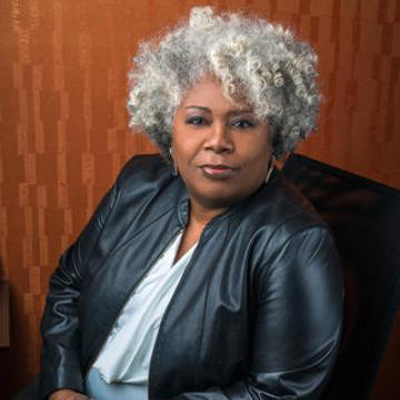 LOUISVILLE — Like great Black preachers from previous generations, including Dr. James Cone and the Rev. Dr. Martin Luther King, Jr., modern-day prophetic preachers have two main jobs, Dr. Anthea Butler said Monday during the first day of the Festival of Homiletics: bringing solace to people in the pews in times of trouble and speaking truth to power.

“The gospel can bring news that confronts and challenges us and demands a hearing,” said Butler, the chair of Religious Studies and Associate Professor of Religious Studies and Africana Studies at the University of Pennsylvania. “In a time when people won’t get their vaccines, there are hard messages that need to be said,” even to congregations that haven’t worshiped in-person together in more than a year. “We have to measure what we say.”

As it was last year, the Festival of Homiletics is being offered free online this week. The theme is “Preaching for a Future Church.” Butler’s talk was entitled “Preaching the Tough Positions: Persuasive, Prophetic Preaching for a New Age.”

“Is the church really dying? Or is it dying to change,” organizers ask on the Festival homepage. “How can the church recapture what it was in the first century — a distinctive, confessional community, willing to stand against the status quo, to speak up against the empire and to stand for the gospel — in a 21st century context?”

Instead, what Butler often hears from the pulpit is anecdotal stories about the preachers themselves. “If you begin to talk about facts, people will focus on what you are saying,” Butler said. Lay out your case “in a way people can understand it. We often use a $500 word when a 50-cent word will do” — including “homiletics,” Butler said with a smile. “Being plain is important.”

In many ways, today’s pastors have a more difficult time than their predecessors in the pulpit. Parishioners now have plenty voices they can hear via social media, “but [preachers] are there only once or twice a week … It’s important for you to think about how you will talk to your parishioners. What are you watching? Who is influencing you now?”

Like the preachers who served before the current generation — say, those called to preach during the Civil War, the Vietnam War and the civil rights struggle — “your relationship to God is going to fuel the prophetic preaching that you have.” Take time to be silent, meditate and “think about the ways your life has been impacted and how your preaching has changed,” Butler said. “The call of God on your life may not now be as strong as it was.”

“Those of us who tell the truth all the time seem to be the strong people, the ones everyone looks to when times get rough,” Butler said. “The most important thing is that while we act in prophetic ways, we can’t do that unless we are ready to be vulnerable in our time of need.”

While no preacher knows exactly what’s coming next, “we do know some things,” Butler said. “The people around us will take care of us.” The pandemic in the U.S. and around the world will get better “we hope, and our hope is built on nothing less than Jesus’ blood and righteousness,” as the old hymn goes, Butler said.

“We must anchor ourselves in the Word of God and trust the ways we speak to the people we serve, the people we care for. That’s how we can face the unknown of what will come in a way that will give strength, courage and enlightenment, to get us through the times when we don’t know what is to come.”

While many people think prophetic preaching means predicting the future, it is instead “a way to speak the truth when it is hard to hear at times when people are fearful and need clarity of thought,” Butler said. “Many of us have had a hard year. You must hold fast and hold strong, knowing that the truth will prevail. The truth anchors us. It helps us see each other in this walk with Christ we do every day.”

Think about the crosses people are bearing during this difficult time, Butler said, “and have compassion for people. Be prophetic — not just in the pulpit, but with those in your everyday life.”

“If there has ever been a time we needed one another, the pandemic has helped us realize that — as we speak truth, love, hope and wisdom in a world with so many messages and so few answers.”