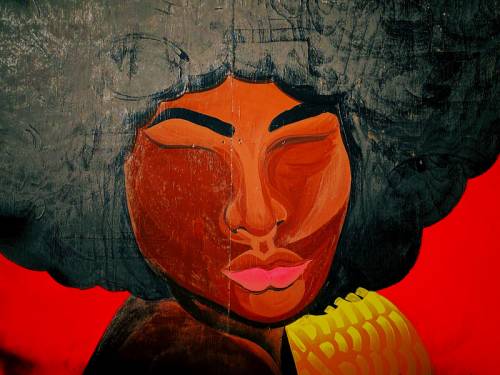 Blacks, Indigenous peoples, and other people of color (BIPOC) are not simply those who are marginalized because of their race. They often find themselves working the hardest for racial justice. My friends of color tell me it is grueling to feel the oppression and to also be left with most of the responsibility for fighting it. Working toward racial justice can be exhausting.

We who are white often tire of working for racial justice, too. However, we have the very real advantage of backing away if we become overwhelmed trying to make a difference — an advantage never permitted for our BIPOC siblings.

In one way, BIPOC and white communities both face a similar challenge: Our faith tradition often treats progress toward racial justice as an ethical demand that we, as a society or church, must do. The work of racial justice is often framed as something that we must engage and support person to person, group to group, with God often left out of the equation. Yet in Ephesians 2:11–22 we hear again that Jesus Christ is the one who breaks down dividing walls. These verses describe an “in” group — “the commonwealth of Israel” — and an “out” group — “Gentiles by birth.” The latter is the group that is marginalized and oppressed. They are described as “aliens” and “strangers to the covenants of promise” who have “no hope” (v. 12).

The author of Ephesians, though, does not demand that either group jump into action, as if reconciliation depends solely on them. Instead, our attention is immediately drawn to Jesus, who has united the groups, creating one humanity out of two. On the cross, Jesus has put to death their hostility and given peace to both. Yes, the Bible does repeatedly proclaim that Christians need to work for reconciliation and justice. In this specific passage, though, the focus is first on Jesus’ ministry itself, reminding us it is Christ’s work that precedes, accompanies, and equips our own.

We can see this in the ministry of Father Gregory Boyle, a Jesuit priest who founded Homeboy Industries, an organization on its way to becoming the largest gang intervention, rehabilitation, and reentry program in the world, with an annual budget of $19 million. Through Homeboy Industries, Jesus Christ is destroying hostility and ministering to the out-group. Jesus is bringing gang members near and uniting them with a society that often marginalizes and mistreats them. Jesus is bringing peace as the ministry fights racist structures that make inequalities so difficult to combat.

At the time of his 2017 book, “Barking to the Choir: The Power of Radical Kinship,” Father Greg had performed the funerals of 220 people lost to gang violence and had gathered a multiracial team to develop a dozen social enterprises to train and employ the overwhelmingly BIPOC gang members. In a video on the organization’s website (homeboyindustries.org), Father Greg points to God’s primary work to love and show compassion for all of humanity, saying, “We want to see people as God does — with the highest, deepest reverence [for human complexity] — to see each other today and always … as God’s delight.” He adds, “Everyone is a lot more complex than the worst things they’ve ever done.”

Father Greg focuses first on God’s action before ever considering what we might do in response. This fortifies him to continue work that can be tiring and overwhelming. Like Father Greg, we have our role to play in breaking down the walls of racial injustice. It is a role that can wear us down and wear us out. But we can’t give up just because we grow tired.

Rather, we must seek the strength that comes from seeking God first and recognizing that Jesus is before, alongside and in us, breaking down the dividing walls, creating in himself one humanity instead of two.

God of grace and justice, may we empower our families and children with the means to stand up together for economic security and physical safety as we seek to become the beloved community. Amen.