‘In life and in death we belong to God’

At “Living, Dying, Rising,” the national gathering for 1001 New Worshiping Communities (1001 NWC), they talked about death. Ninety minutes were devoted to the topic of dying during a worship and plenary session.

“It’s important for us,” said worship leader Abby King- Kaiser, “especially because our culture has such a fear of death.”

“We do everything we can to avoid it,” said the Rev. Daniel So, who along with the Rev. Jeya So led the plenary talk and conversation.

“I always say, ‘Thanks a lot for telling me that,’” she said to appreciative laughter.

Participants paired up to speak about moments when they entered into the darkness of death. 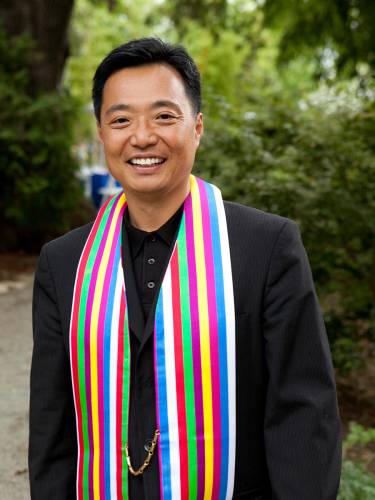 The Rev. In Ho Kim shared his story with the wider audience. He remembers coming to the U.S. from Korea as a young boy, feeling completely alone, which is a kind of death in itself.

It was 30 years later, a decade ago, when he finally returned home to Korea with his wife, Theresa, and their 1 ½-year-old son, who is 12 now.

It was a grand celebration. Kim comes from several generations of firstborn sons; his grandfather, his father, he and his son were all firstborns. One day after they arrived food and blankets were packed into a van and off they went for a drive.

“Great,” Kim thought, “we’re going on a picnic.” They drove north of Seoul on a hot day. When they got to the destination, he began to walk, carrying the picnic goods. Eventually, after going through some woods, they walked up a large hill.

Then Kim saw it: the family grave, the home of their ancestors. They laid the blanket and food down in front of the grave, had a Bible study together, said a few words in prayer and came back down. As they were heading down the hill, Kim’s 90-year-old grandfather looked at Kim and his family.

“He meant after you die,” said Kim. “If you want to be buried here, you can.” 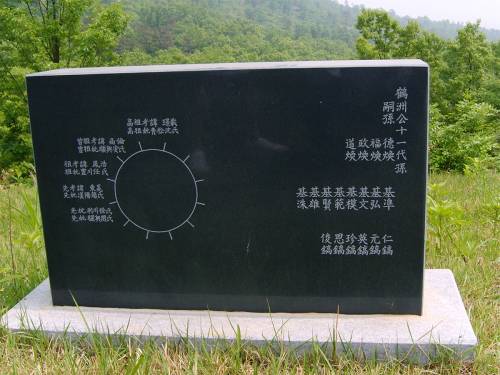 The marker at the family grave site carry the Ho name—given to In Ho Kim, his brother, and most of his male cousins by first born males in the family. (Photo provided)

Kim’s first thought was that he didn’t want to think about his parents’ death, let alone his own, or his wife’s. But then he remembered seeing the images on the black stones to the left of the family grave. He knew enough Chinese to recognize one part of his name, Ho —the one given to him, his brother and all their male cousins. In Korea, Kim explained, the tradition is for the oldest males to name the children.

“I realized what my grandfather was really saying,” said Kim. “You belong to this family.”

At the end of worship and plenary, Kim talked about how he felt when he recognized the deeper meaning of his grandfather’s words.

“I think it’s a comfort to know where we’re going, to be part of a larger family,” he said. “I will always be a part of them. No matter where I am, I will always be welcomed.”

Kim realized that his grandfather, who passed away in 2011, was modeling what we are told in A Brief Statement of Faith: “In life and in death we belong to God.”

Loving Spirit, you bind us to yourself and to one another. Send us into this world joyfully proclaiming our risen Savior, that the world might know your boundless love as it is lived out in us. Amen.