One woman’s unexpected journey to faith 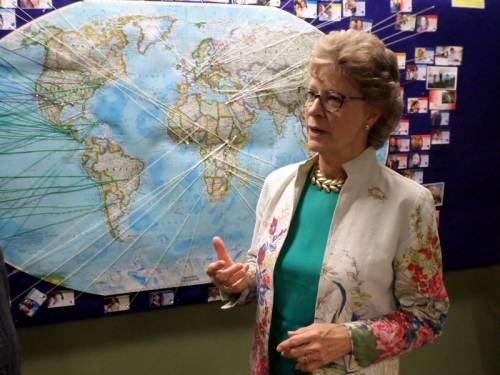 Joanna Shelton spent many years as an agnostic. However, reading her great-grandfather’s journal of his time as a missionary changed that. She says that she is his latest convert. (Photo by Garth Whitson)

Joanna Shelton was about 5 years old when her grandmother Evie Shelton began to talk to her about Japan. Evie was born in 1889 in Oakland, California, but at the age of 3 months traveled to Japan with her parents, Presbyterian missionaries Tom and Emma Alexander. Evie introduced her granddaughter to chopsticks and a few words of Japanese that she remembered. Shelton later learned details of her great-grandparents’ mission in Japan from a copy of Tom Alexander’s journal. As an agnostic, she considered the journal important to her as a historical and family document, not as an account of a faith journey. Years later that would change.

She first read the journal just before making her own trip to Japan in 1980 as an economist for the U.S. Treasury Department. Between meetings with government and finance leaders, Shelton visited with people who told her about her family’s life in Japan, helped locate archival documents and provided family photos. Inspired by her great-grandfather’s journal and all she had seen and learned in Japan, Shelton vowed to write Tom’s biography. But as a government economist, she could never seem to find the time.

Setting the journal aside, she continued her career in the government. From 1983 to 1992 she was on the staff of the House Ways and Means Committee, and during the George H.W. Bush and Clinton administrations she served in the U.S. State Department as deputy assistant secretary of trade policy and soon was deeply engaged in negotiations over the North American Free Trade Agreement (NAFTA). In 1995 she moved to Paris to serve as the deputy secretary general of the Organization for Economic Cooperation and Development. Four years later, she retired from government service and moved with her husband, Richard Erb, to Montana to work a 240-acre farm in the Rocky Mountains and teach part time at the University of Montana. 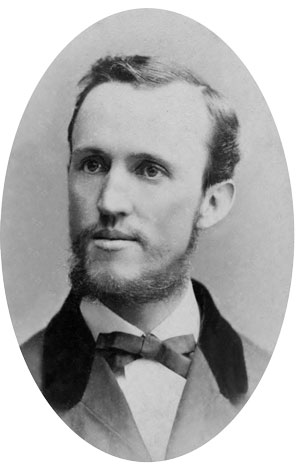 Finally, she decided that the time had come to write the long-delayed biography of Tom Alexander, which became for her a life-changing journey. “As my work on his story got underway,” she recalls, “I began to experience a number of uncanny coincidences that left me shaking my head in disbelief. These coincidences also made me question my long-held view that there’s no higher power or outside force that shapes our lives.”

She reread the journal and had just started work on the manuscript that would become the book, A Christian in the Land of the Gods: Journey of Faith in Japan. Soon after that, she received an email from the Rev. Thomas John Hastings, an American missionary in Tokyo. He invited her to join the Osaka Suita South Church in Osaka, Japan, for the celebration of the 120th anniversary of the church, which her great-grandfather had helped found.

Reflecting on the unlikely series of events that allowed the church to locate her, Shelton wrote, “I felt that something was pulling me toward Japan and the story of my great- grandfather’s struggles and triumphs there.”

As she studied her great-grandfather’s life, she found that her ignorance of Christianity was an impediment, and so she began to read the Bible, finding herself strangely moved by phrases such as “the kingdom of God is among you.”

“Each of us has an influence on the people around us — on our family, our friends, on store clerks and on other people we meet in our daily lives. And, whether we realize it or not, we also have an influence on people we don’t even know, including on people who aren’t even born yet,” she said. Asked how her great-grandfather’s life may have influenced her view of missionaries, she said, “My great-grandfather’s journal and letters opened my eyes to the tremendous degree of sacrifice and devotion involved in missionaries’ efforts to share their faith with others often in very inhospitable conditions.”

When her great-grandfather Tom Alexander arrived in Japan in 1877, many Japanese viewed Christianity with deep suspicion and even hostility; the foreign religion had been punishable by death for centuries. Nevertheless, Tom and other missionaries succeeded in establishing a small community of believers. Through 25 years of service in Japan, Tom was a tireless evangelist, pastor and progressive seminary professor who often clashed with his more conservative colleagues.

“Missionaries as seen from today’s vantage point have a mixed reputation,” Shelton said, “but I have come to realize that many of them, like my great-grandfather, approached their work with humility, grace and tolerance.”

Her only regret, she said, is that she did not begin her Christian journey earlier. “But,” she mused, “everything happens for a reason. I probably wouldn’t have been ready to open my mind to a new way of thinking and believing if I had embarked on this journey before I did.”

Retracing his steps set her life on a new path, giving her pause to wonder. “Some people might say I’m my great-grandfather’s latest convert.”

Lord, we give thanks for our continued opportunities to serve Christ. We thank you for faithful pastors and members as they witness to you under difficult and trying conditions. Amen.