If grace is so amazing …

Why is there not more of it? 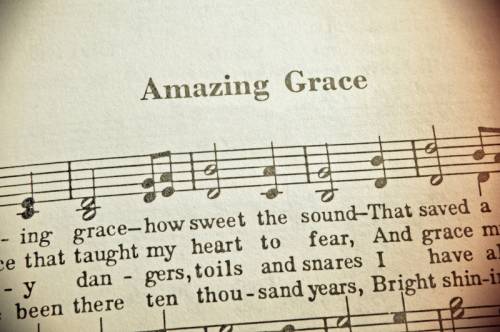 It was New Year’s Day 1773. The faithful in the English town of Olney, though, were not thinking about old acquaintances being forgotten. (It would be another 15 years before Robert Burns would write his poem that would forever become synonymous with New Year’s Eve revelry.) They were thinking about grace and all its amazingness.

It was on Jan. 1 that their preacher, John Newton, introduced what would become one of the most beloved hymns in history, “Amazing Grace.” (The tune to which we sing Newton’s words came later in the 1800s.) Newton often wrote hymns to accompany his sermons, and on a day full of high expectations for the remaining 364 days to come, he found himself preaching on how God’s grace could find those who were lost and make the blind see. Newton was preaching from experience as he himself, once a slave trader, was redeemed and led to share God’s saving grace for the rest of his life.

As 2023 began, I wasn’t reflecting on the haunting words of “Auld Lang Syne” as I usually did. Rather, I was reading Newton’s words. I was doing this not just to mark the 250th anniversary of “Amazing Grace.” I was doing this because in our denomination — from presbyteries to synods to local congregations — grace seems to be lacking.

I remember hearing a story of how C.S. Lewis, an Anglican lay theologian and author of “The Chronicles of Narnia” novels, once walked into a discussion where clergy were wondering if there was a belief that would be considered uniquely Christian. Lewis replied, “That’s easy. It would be grace.”

There was a time I would have agreed with Lewis. Grace is that unmerited divine forgiveness that Christians believe. Grace is what makes becoming God’s new creation possible. And once we have experienced grace, we should then extend it to others. Yet today if Lewis walked into such a conversation with his cronies, would he give “grace” as his answer?

I ask this because I have noticed many articles from researchers revealing that humankind is more short-tempered and carrying rage. Experts believe it is the fallout of the long pandemic we have been in. I’ve even read somewhere that this pandemic anger is being coined “pangry” — a blending of the words “angry” and “pandemic.” And so, I wonder. Where’s the grace to a pastor who might be a dynamic preacher, but falls short when it comes to pastoral care? Where is grace toward someone who spoke too quickly out of frustration? Where’s the grace on social media that helps us to respond in love to things we misunderstand, rather than casting stones of judgment?

A new year is upon us, and I find myself thinking about grace, the lack thereof and the need for more. On a personal note, I also think about the grace that has been extended to me as your editor.

The hardest thing for an editor to write is their first editorial and their last — well, this is the next to last editorial before Presbyterians Today takes a sacred pause in April, and it has been just as challenging. But I want to thank you for allowing me this space to speak from the heart. In some small way, I hope I have lightened your load, eased your worries and ignited your courage. I pray that you have found a glimmer of hope amid the pages. It’s been a deep joy and humble honor to serve you this way. But remember, the Good News will continue being told, with or without the magazine, because God’s grace abounds (thank you to our General Assembly co-moderators, the Rev. Shavon Sterling-Louis and the Rev. Ruth Faith Santana-Grace, for coining that phrase) and because of that, “We’ve no less days to sing God’s praise, than when we first begun.” Until we meet again, my friends, keep singing those praises.

Creator God, thank you that through your Spirit, creative solutions flow. Help us to let go of practices that no longer serve you or your people and to rise in Christ to the new opportunities to which you call us. Amen.