Reimagining Jesus as an Ivy League track and cross-country coach 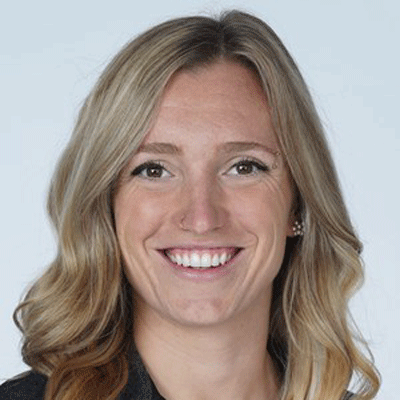 If Jesus coached women’s track and cross country at an Ivy League university, what would that look like?

“It’s kind of a crazy question,” Hannah Chappell-Dick, the women’s cross country and assistant track coach at Brown University in Providence, Rhode Island, said during a recent episode of the “A Matter of Faith” podcast, which can be heard here. “Obviously I fall far short of that standard, but it’s one of those things where you constantly have to challenge yourself.”

“To me, that mostly means being someone who’s a supportive, safe space for the athletes to come to,” Chappell-Dick told podcast hosts the Rev. Lee Catoe and Simon Doong. “From the top to the bottom of my roster, I try to see people for who they are rather than just what their performance is. … When it comes down to it, athletes thrive in an environment where they feel safe. I don’t mean just in a safe space, but a space where they aren’t afraid to fail because they know the support from their coach and from their teammates is going to be unconditional.”

Chappell-Dick grew up in the Mennonite tradition and is a 2016 graduate of Eastern Mennonite University in Harrisonburg, Virginia. “We very much focus on the works, the countercultural way that Jesus approaches the world,” she said of her Mennonite faith. “In the national discourse surrounding Christianity, that’s something that’s nontraditional, in my experience. … If being a Christian isn’t making you a better person here on this Earth, then why are you taking the time to practice your faith?”

Athletes attending Ivy League universities can feel pressure both in both the classroom and the stadium. “Sometimes it’s by parents or communities or guidance counselors who saw potential in them, or even just themselves,” Chappell-Dick said. “It can be really crushing, that kind of pressure. I view the value of participating on a college track team as learning how to handle pressure in a more healthy way, figuring out that the pressure is there but it’s actually an opportunity, a gift for me to use this potential I’ve been given. … If a coach and a team can approach it in a healthy way, it’s an awesome training ground for handling pressure in other areas of your life.” 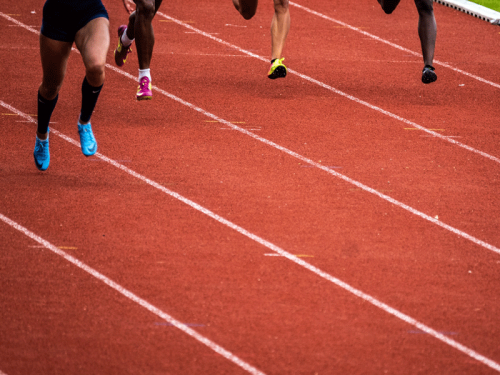 Photo by Nicolas Hoizey via Unsplash

Catoe asked: “What kind of training might be an analogy to faith?”

Chappell-Dick said that typically when people hear she’s a runner and a track coach, they ask her one of two questions: “What’s your fastest mile time?” or “Did you run a marathon?” The answer to that second question is a definite no, she said, because Chappell-Dick focused on shorter races when competing. “But I do feel the marathon analogy is applicable to people who aren’t in the running world,” she said. “I love that it’s entered the pop culture because that’s exactly what anything good in life is like. It’s like training for a marathon in the sense of delayed gratification and learning how to take care of yourself.”

If the first mile of your marathon is the fastest mile you’ve ever clocked, “obviously you are not going to finish if you are exhausted in mile 1,” she said. “Anytime you’re approaching the expectations the world has set out for you, you have to think about the long term when it comes to self-care, and also when it comes to putting in the work. Both of those things can be true, and you have to find that balance. It’s one of the biggest challenges to being an adult, in my opinion — learning how to balance fighting the good fight and taking time for yourself to sit back and just be.”

“Faith is a good way to do both those things,” she said. “On the one hand, it can challenge you to be better and live for something bigger than yourself, and on the other hand it can remind you to take some time for prayer and meditation, tapping into that spiritual side.”

New editions of “A Matter of Faith: A Presby Podcast” drop every Thursday. The podcast is produced by the Presbyterian Peacemaking Program and Unbound: An Interactive Journal of Christian Social Justice. Hear the recordings here.

Loving God, we know that the church is not a building but the congregation that worships within. Help us to live this truth. May we honor you by giving what we have while trusting that you will provide what we need. Amen.