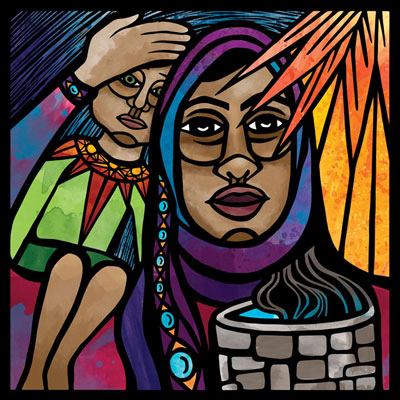 In prison, the Rev. Lane Brubaker has never once felt scared or nervous.  In fact, she’s experienced more joy and laughter there than she could have ever imagined.

On Dec. 12, 2018, she entered the Washington Corrections Center for Women (WCCW). Located in Gig Harbor, it is the largest prison for women in the state — and the only one that houses maximum- and minimum-security inmates.

Brubaker was there, called by Olympia Presbytery, to join them in planting a new worshiping community. Just over one year later, Hagar’s Community Church has 150 women attending weekly worship services. Fifty women attend a weekly bible study. Another group of women meets bi-weekly to help plan worship and make decisions of their life together as a congregation.

Brubaker said she thinks the women have responded positively because they finally feel safe in a worship service. For whatever reason, she said, church ministries that are present in prisons tend to have a more conservative theological point of view. So, a progressive church’s message of inclusiveness for all sexual orientation and gender identities — that was new for most of the women.

Before the worshipers take communion together, Brubaker typically says: “On the night Jesus was betrayed by a friend, he was beaten by police. Then he was arrested and tried. Judged guilty, he was incarcerated and executed by the state.”

This approach, she said, helps the women see that so much of Jesus’ experience is similar to their own. 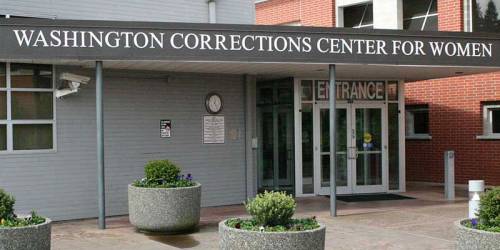 Now that Brubaker has been leading worship in prison for over a year, she understands in new ways what Jesus was getting at when he said in Matthew 25:36: “I was in prison and you visited me.”

A supervisor once told Brubaker that people who begin work as a hospital chaplain start to realize they’re going to die, which forces them to contemplate truth that they might otherwise avoid. Something similar has happened to her, she said, as the leader of a worshiping community in prison. As she began to get to know the women who are incarcerated, she began to realize how fragile her own freedom is — how easy it could be to lose and how similar she is to those behind bars.

Acknowledging that she had economic and educational opportunities, she said, “I could have easily been incarcerated.”

Brubaker sees how listening to the Holy Spirit and stepping out in faith has impacted the women she serves.

God of love and hope, we thank you for Jesus Christ and the hope that is in him. Give us your Spirit that we may know Christ and make him known, giving thanks to you in all things. Amen.