Teaching church leaders to be clear and bold communicators 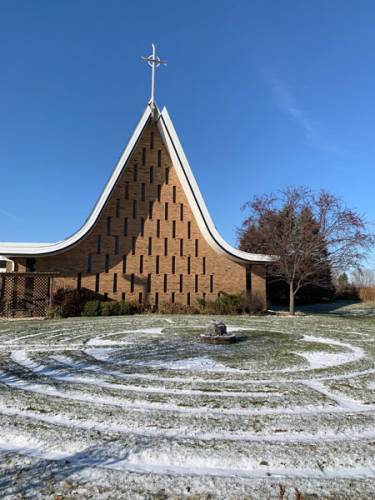 Evans, the Presbyterian Mission Agency’s social media and media relations strategist, teams up with Gail Strange, the agency’s director of church and mid council communications, to travel the country putting on one-day workshops that help church and mid council communicators reach their audiences as effectively as they can. The two recently completed one such workshop for about two dozen participants from the Presbytery of the Twin Cities Area at Calvin Presbyterian Church in Long Lake, Minnesota.

Strange led off the workshop by helping each church represented begin to develop a communications plan using the mythical First Example Presbyterian Church as a model. Strange’s characterization of First Example will sound familiar to many Presbyterians: A 200-member, century-old congregation, First Example is “dedicated to nurturing spiritual growth and demonstrating the love of Jesus Christ. Our members believe the love of God extends far beyond the walls of the church as demonstrated through outreach ministries (locally and globally), education for children and adults and nurture and fellowship.”

Among First Example’s struggles: an aging church population, shrinking budgets, aging facilities suffering because of unmet capital needs, declining pledge income, fewer members who live near the church and leader burnout. From a communications standpoint, First Example does its ministry with fewer staff and volunteers than it once had.

Strange urged participants to establish some measurable and attainable goals for First Example (and their own church while they’re at it): increase attendance by 5 percent, boost member engagement across six program areas by 10 percent and grow the church’s digital and online presence by, for example, increasing Facebook comments and “likes” by 5 percent in a year, and Twitter followers by 10 percent. Oh — and cultivate some new leaders and volunteers over the next two years.

One good way to improve communications, she said, is to survey members on how they prefer to be communicated with, including text message, email, print communications and phone calls.

Strange has these additional tips for creating a communications plan:

After lunch, Evans reminded communicators what their task is: Churches “can be sources of inspiration and catalysts for change,” she said. “You offer hope and Christ’s love. It’s an awesome opportunity and, some would say, it’s our responsibility.”

Meeting people where they are practically requires a social media presence: Of the 7.7 billion residents of planet Earth, about 5 billion have cell phones, 4 billion use the internet and 3.5 billion are actively using social media. More than half rely on social media exclusively to bring them their news. “That’s kind of discouraging,” she said, “but it’s an opportunity.”

The average American spends about two hours each day using social media. Residents of the Philippines spend more than twice that time each day, the most in the world.

But “social media isn’t going to put people in your pews,” Evans said. “It can’t do heavy lifting like that. Media can work together to be effective, but not too well in isolation.”

She said posts should include a strong photo, a clear call to action and a well-written caption. Churches can rely on a variety of sources for their posts: a pull quote from Sunday’s sermon, Scriptures that were used the week before and those coming up the following Sunday, and videos and links to other posts and websites.

“Social media is very visual, and we are competing with a lot of short attention spans,” she said. “We have to make sure the content we are sharing is worth sharing. We are saying, ‘This is my faith community, and I’m so proud to be a part of it.’”

To schedule a workshop, go to presbyterianmission.org/ministries/communicators-network/schedule-a-workshop.

Dear God, open our ears, eyes and hearts to sense the possibilities all around us for mission and evangelism. Make us communities that sense needs and do everything in our power to meet them. In the name of Jesus the Christ. Amen.