Remembering ‘one of the great saints’ 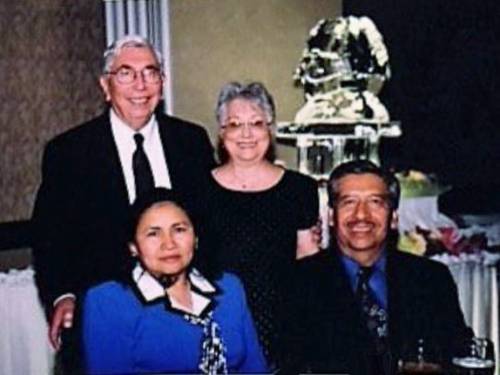 As Presbyterians look back on the past year, many of them are remembering with admiration the impact of a colleague who died last month.

The Rev. Benjamin F. Gutiérrez, who served the Presbyterian Church (U.S.A.) in many roles, passed away Nov. 2 at age 87.

Gutiérrez was ordained June 24, 1956, in the Presbytery of West Texas. He and his wife, Ernestina (“Tina”), were married Feb. 17, 1960, and he began pastoral ministry in three rural South Texas congregations. He later pastored Gethsemane Presbyterian Church in Fort Worth two times, decades apart.

“He was beloved by all,” said the Rev. Dr. Eriberto “Eddie” Soto, who followed Gutiérrez as PC(USA) area coordinator for South America.

From 1969 to 1972, Gutiérrez served as joint field secretary of the Board of World Missions of the Presbyterian Church in the United States (PCUS) and the Commission of Ecumenical Mission and Relations of the United Presbyterian Church in the U.S.A. (UPCUSA). He served as the associate for mission design and liaison with Latin America and the Caribbean, a program agency at that time of the UPCUSA. In that role, he stayed in close contact with churches and ecumenical bodies and institutions throughout Latin America and the Caribbean. From 1988 until his retirement in 1996 — after 40 years as an ordained minister — Gutiérrez served as coordinator for South America in the Worldwide Ministries Division of the PC(USA).

Following his retirement, Gutiérrez served as moderator of the session and periodically as stated supply pastor at Iglesia Presbiteriana Emmanuel in Dallas. 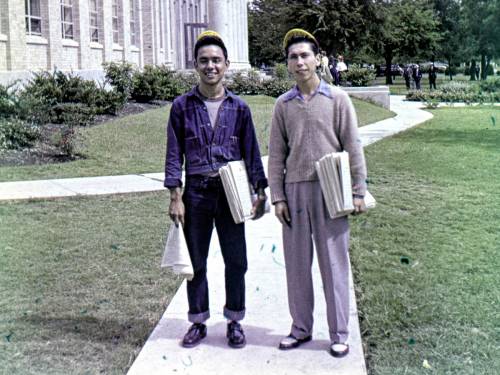 Loida Gáffaro de Valera, a physician and lay leader of the Presbyterian Church of Venezuela (IPV) who represented that denomination at the PC(USA) 222nd General Assembly (2016), noted: “Ben, our beloved brother in Christ, was a tireless advocate for the IPV, both during his time as PC(USA) coordinator for Latin America and continued to be so in his later years.”

Gutiérrez and Dennis Smith, PC(USA) South America regional liaison, collaborated in co-editing a book, “In the Power of the Spirit,” which follows the growth of Pentecostalism in Latin America. Smith remembers that Gutiérrez loved the sport of boxing as a young man, which he says may have had something to do with his “dogged, persistent spirit.”

“I suspect that was the mindset that helped him be, perhaps, the most effective navigator of the intricate, seemingly impenetrable walls of church bureaucracy that I’ve witnessed in 40 years of working for the church,” Smith said. “Ben deeply believed in empowering our global ecumenical partners — a sometimes messy, but deeply rewarding, process. He was willing to take risks. He understood that those of us that worked under him would sometimes make mistakes, and he helped us learn from them.”

“Ben was a brilliant man, an efficient administrator and totally dedicated to his wide responsibilities and to his Lord,” Arnold said.

Gutiérrez and Arnold worked in partnership with the Rev. Abival Pires da Silveira and the Independent Presbyterian Church of Brazil in the early 1980s to build a long-standing mission partnership between the two denominations.

“Ben’s loving and courageous actions left an indelible mark on the IPIB [Independent Presbyterian Church of Brazil] as he worked with Cliff Kirkpatrick and Rev. Abival Pires da Silveira to build a fruitful period of cooperation between our churches,” said the Rev. Roberto Mauro de Souza Castro, general secretary of the IPIB.

The Rev. Dr. Clifton Kirkpatrick, Louisville Presbyterian Theological Seminary professor and former stated clerk of the General Assembly, said, “Ben was truly one of the great saints of the church in our time and a dear brother in Christ, whose life was a living demonstration of what God intends for all humanity.”

“Coming to know Ben was one of the gifts of Presbyterian Reunion for me in the early 1980s,” said Kirkpatrick, who also served as director of the Global Mission Ministry Unit, the predecessor to Presbyterian World Mission. “While Ben and I are both native Texans, his ministry led him to the world mission effort of the ‘northern church’ and my ministry led me to the world mission effort of the ‘southern church.’ What a blessing it was to be involved in reuniting the church and, at the same time, being given the gifts of new friends like Ben, who was actively engaged in transforming the world for the cause of Christ. For Ben, this reunion was simply one step in a broader journey of unity and reconciliation, which were hallmarks of his ministry.

“No one made a greater contribution to the well-being of Reformed Churches in the Americas in the latter part of the 20th century and the first part of the 21st century than Ben Gutiérrez. He led the efforts of the PC(USA) to strengthen ties between Christians in the United States and Latin America, was instrumental in creating the Alliance of Presbyterian and Reformed Churches in Latin America and built bridges between Protestants, Catholics, Pentecostals, and all who worked for peace and justice in the Americas.”

Kirkpatrick added, “We are grateful to have been colleagues with Ben in his walk with God on this earth and rejoice that he now belongs to God in the Church Triumphant.”

Loving God, may we always be attuned to your call as we seek to grow deeper in our faith. Help us to glorify you through lives of service, led by the Holy Spirit.  Amen.