Make A Donation Click Here >
Home › What We Believe › Purity

It’s not easy being pure

Why do we resist God’s call to a life of holiness? 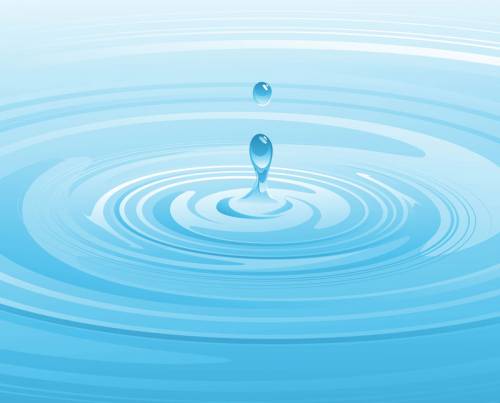 These childhood taunts cut deep. With these short descriptions you are ostracized from the common majority and tagged as one who makes all the other kids look bad. Pure behavior makes you into someone who thinks she’s perfect. Even adults draw back from such descriptions.

The Bible calls us to live lives of holiness. But purity and holiness sound so restrictive, so boring. Who wants to be that good?

We see this played out in television shows and movies on a regular basis. We await the climactic scene when the holier-than-thou characters are discovered to have secret sins or are caught in some other hypocritical situation. Then they either get their humiliating comeuppance or in rare instances become more human, more sympathetic people.

Whether it is Shaw Moore (the killjoy Christian minister in the 1984 movie Footloose, who represses the entire town by having dancing outlawed) or one of his more contemporary successors, audiences love to see the emancipation and joy that comes with the unmasking of sin parading in the name of holiness. We cheer when the lifeless, restrictive prude is foiled and people can express themselves freely.

Who wants to be good?

Think about the qualities of character you aspire to. While honesty or integrity might have come to mind, did purity or holiness? Probably not. For most of us, it is not that we do not want to be good, but we do not want to be too good. We want enough “bad” to be worldly wise. If we are too good, then we will not really know what the world is like — we will be naive at best and boring and lifeless at worst.

The idea of purity has been polluted. It is no longer attractive. When we see people we would associate with purity, we often want them to lighten up or loosen up.

What then do we do with the Biblical call to purity? One stumbling block is that purity is defined as a lack: one who has not done this or that, or something that does not contain a pollutant. But the Biblical notion of purity goes beyond avoidance of impurity. Writing to the church at Philippi, the Apostle Paul informed the believers what he asked God to do in them:

And this is my prayer, that your love may overflow more and more with knowledge and full insight to help you to determine what is best, so that in the day of Christ you may be pure and blameless, having produced the harvest of righteousness that comes through Jesus Christ for the glory and praise of God.
(Philippians 1:9-11)

Purity is something that produces a good: the harvest of righteousness. Purity is also something that Jesus calls us to in the well-known Beatitude: “Blessed are the pure in heart, for they will see God” (Matthew 5:8). Here purity refers to single-minded devotion. To be pure is to worship and serve God with one’s whole heart-the opposite of being “double-minded.” It is this sense of purity that inspired Søren Kierkegaard’s famous definition of purity of heart: Purity of heart is to will one thing.

What does it mean to be holy?

Purity is one aspect of the more inclusive term, holiness, which comes from the Old English word for wholeness. Holiness means our lives are whole because we are set apart for service to God.

But you are a chosen race, a royal priesthood, a holy nation, God’s own people, in order that you may proclaim the mighty acts of him who called you out of darkness into his marvelous light.
(1 Peter 2:9)

Presbyterian congregations are called to be a people set apart that we might proclaim the mighty acts of God.

But there was another aspect to this understanding of holiness that I rejected: the notion that the most important markers of holiness were things one could spot from five feet away. In the world in which I was raised, the biggest sins were smoking, drinking, dancing, playing cards, going to movies, cursing and not dressing modestly. To this day I do not smoke, drink, curse or dress immodestly (to the great relief of the female of the species). I also try to avoid many forms of entertainment that are vulgar, and while I do dance, I do so particularly poorly.

With some exceptions, the problem was not so much the behaviors to be avoided. The problem was that these easily observable behaviors were emphasized to the exclusion of the kinds of dispositions and behaviors that the Scriptures emphasize the most: working for justice for the oppressed, building one another up, and avoidance of pride and easy judgment.

When we seek holiness, we will avoid behaviors and attitudes that are destructive, and we will pursue God’s calling for our lives.

Christians who communicate a judgmental and controlling attitude toward others fuel the popular disdain for purity and a life of holiness. How can we pursue holiness without being uptight?

We can remember our identity as forgiven sinners. In worship we stand before God and one another and confess, “We have sinned against you in thought, word, and deed.” Our forgiveness is declared: “In the name of Jesus Christ, you are forgiven.” We are then exhorted to live holy lives:

As God’s own people, be merciful in action, kindly in heart, humble in mind. Be always ready to forgive as freely as God has forgiven you. And, above everything else, be loving, and never forget to be thankful for what Christ has done for you.
(Colossians 3:12-14 as paraphrased in the Book of Common Worship)

As forgiven people who have been called to a new life, we look to our sisters and brothers and share the peace of Christ with one another.

Because we are forgiven regardless of our merits, we cannot take pride in our salvation or think ourselves better than others. Further, our attempts to live the Christian life are not founded in our own determination or strength or discipline, but in the freedom of being forgiven sinners.

In Galatians 5:1 the Apostle Paul writes, “For freedom Christ has set us free.” Our life is to be lived in freedom. We do not pursue lives of holiness and purity because we must, but because we have been enabled to, and because we want to. Likewise, we encourage others to live this life out of joy; we do not coerce. In an atmosphere of freedom, purity can be the fruit of a joyful life.

Contrary to popular opinion, holiness does not kill joy; oddly enough, it brings us joy.

John Calvin was pessimistic about our ability to achieve holiness, but he never denied the worthiness of the pursuit

Crawling toward the goal

In fact, the Reformed theologian John Calvin spent much of his time calling the people of Geneva to bring every aspect of their lives into conformity with the gospel. But even though he believed such a life was to be attempted, he refused to acknowledge that anyone had actually attained it. And if attaining the pure life were a prerequisite for becoming part of the church, Calvin believed this would exclude us all.

What then should we do? In the spirit of Hebrews 12:1, Calvin said we should make every effort to run toward the holiness goal. But most of us find running difficult, if not impossible. Crawling slowly is the best we can do. However, our slow progress should not discourage us. Goodness will be attained when we meet God face to face in full fellowship.

Calvin’s abiding concern over the exercise of discipline in church and society was due to his conviction that we are called to holiness individually and communally. But he believed we are unable to live this out on our own power. Even our crawling is made possible only by the work of the Holy Spirit — both in our individual lives and in the Christian community that helps us move forward.

In the following passage Calvin exhorts believers to keep creeping along toward the goal:

“But no one in this earthly prison of the body has sufficient strength to press on with due eagerness, and weakness so weighs down the greater number that, with wavering and limping and even creeping along the ground, they move at a feeble rate. Let each one of us, then, proceed according to the measure of his puny capacity and set out upon the journey we have begun .. .. Only let us look toward our mark with sincere simplicity and aspire to our goal; not fondly flattering ourselves, nor excusing our own evil deeds, but with continuous effort striving toward this end: that we may surpass ourselves in goodness until we attain to goodness itself. It is this, indeed, which through the whole course of life we seek and follow. But we shall attain it only when we have cast off the weakness of the body, and are received into full fellowship with him.” (John Calvin, Institutes of the Christian Religion, Ed. John McNeill, Tr. by Ford Lewis Battles; Westminster Press, 1960; 3.6.5) — Charles Wiley

This article originally appeared in the April 2007 issue of Presbyterians Today.