The Paradox of Predestination

Are we “elected” to have faith? Are some doomed to perdition? How can a loving God allow us not to choose faith? 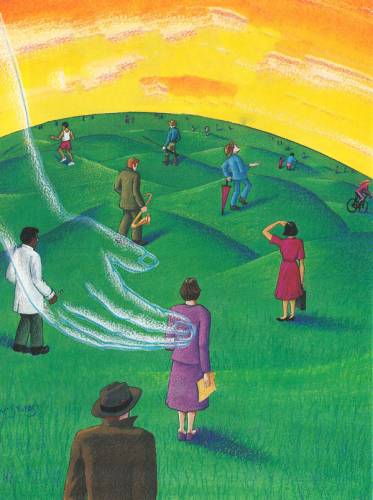 It is ironic that the father of Presbyterianism, John Calvin (1509-1564), is most famous for his doctrine of predestination, because it is only one detail of his thinking. The discussion of the topic takes place two-thirds of the way through the final edition of Calvin’s Institutes of the Christian Religion, following a chapter on Christian liberty of conscience and another on prayer.

Still, all Christian thinkers must deal, sooner or later, with the relationship between God’s call and human response. Calvin’s conviction that God is in charge of all events led him to the doctrine that if some people are saved while others are damned, this must be because God chose them for these fates. Having come to that conclusion, Calvin was not shy in stating his view:

“By predestination we mean the eternal decree of God, by which he determined with himself whatever he wished to happen with regard to every man. All are not created on equal terms, but some are preordained to eternal life, others to eternal damnation; and, accordingly, as each has been created for one or other of these ends, we say that he has been predestined to life or to death.

“We say, then, that Scripture clearly proves this much, that God by his eternal and immutable counsel determined once for all those whom it was his pleasure one day to admit to salvation, and those whom, on the other hand, it was his pleasure to doom to destruction. We maintain that this counsel, as regards the elect, is founded on his free mercy, without any respect to human worth, while those whom he dooms to destruction are excluded from access to life by a just and blameless, but at the same time incomprehensible judgment” (Institutes, III.21.5,7, Beveridge translation).

This is not mere fatalism, the belief that every human action has been irrevocably predetermined. Still, if a person’s eternal destiny is sealed, is it all that comforting to suppose everyday choices remain free?

The starkness of affirming that God has preselected some for heaven and others for hell has moved people to try to put the puzzle together in several ways. Over the centuries many long theological essays have been written, presenting different efforts to make it all fit together smoothly, and criticizing the failures of other attempts. The particulars of those arguments will not be presented here. Instead, what follows might be considered a rough sketch map suitable perhaps for the day tourist, lacking the detail a specialist might want but sufficient to get a feel for the theological territory.

The four statements below are all things that a Christian might intuitively want to say, but it becomes difficult to say all of them:

People can decide they know the truth or falseness of any three of these statements; but at that point the fourth becomes problematic.

For true Calvinists, it becomes difficult to say God loves the world, because God gives many the inescapable destiny of eternal punishment. Calvin calls this God’s “just and blameless … incomprehensible judgment.” But how can creating people with the intention of damning them be the mark of a loving God?

Reaction to this problem led to the rise of Arminianism, named after the Dutch theologian Jacobus Arminius (1560-1609). Arminianism proposes that God knows from eternity whether people will have faith or not, and it is on the basis of this foreknowledge that God predestines them to salvation or perdition. Yet Arminianism’s effort to combine divine election with divine love had its own cost–it made human faith the decisive factor in salvation. How can we speak of the sovereignty of God if God is unable to save all whom God desires to save?

The Universalist movement, founded in America by John Murray (1741-1815), argues that because God loves and wills to save all the world, all the world is in fact saved. This seems like an appealing doctrine — but what are we then to make of all of the Bible’s calls to faith, obedience and discipleship? Are such things optional? Or is faithful response necessary?

The Swiss Reformed theologian Karl Barth (1886-1968) proposed that each of these three viewpoints is mistaken, both in failing to deal adequately with the overall sweep of what Scripture teaches and in pretending to know whether or not all are saved.

Barth pointed out that the texts that speak of predestination speak simply of   predestination to life. “Those whom [God] foreknew he also predestined to be   conformed to the image of his Son” (Romans 8:29). God “chose us in Christ before the foundation of the world to be holy and blameless before him in love. He destined us for adoption as his children through Jesus Christ, according to the good pleasure of his will” (Ephesians 1:4-5).

Barth’s response to Calvinism would be that we cannot claim to know just how inclusive the “us” will turn out to be, and to point out that the texts do not say there are others whom God predestined to damnation. To Arminianism Barth would insist that the text clearly emphasizes the eternal decision of God, not the foreseen human response.   Yet Barth could point out to Universalism that there is no indication that a holy and blameless life before God is merely optional.

Still, such an analysis leaves us not knowing just how universal God’s salvation will prove to be. In the end, will the purpose of God to save all the world be fulfilled? Or will it be frustrated by human rebelliousness? Can we be satisfied if we do not yet have the final answer to that question?

When the Blue Fairy begins her work with Pinocchio, she creates for him a world of possibilities that he could never have known as a marionette hanging against the back wall of Gepetto’s workshop. Prior to any possible decision on his part, she chooses for him a destiny: to become a real boy.

But in spite of this predestination, as the story progresses it is not at all obvious that Pinocchio will arrive at this goal. There are moments when it appears the Blue Fairy should simply admit that the experiment is a failure, Pinocchio will never get it right, and she should just turn him back into a puppet and hang him back in the closet.

It certainly seems that way for people in the Bible. There are no texts that indicate that God has chosen a given individual for eternal damnation, but there are many passages that indicate God has chosen someone for a prominent purpose in this earthly life. For example, God chooses Jacob over Esau (Genesis 25:23), but even though Rebekah knows about God’s choice she is quite uncertain that Jacob will live long enough for it to come true (27:41-45). Twenty years later Jacob finds himself in great fear for his life at his brother’s hands (32:3-7). We might wish to think that if God has chosen Jacob for a destiny, nothing could go wrong with the fulfillment of that destiny. But to the people involved in the story it certainly seemed possible that Jacob could be killed and his destiny unfulfilled.

The story of Jeremiah is similar. God chooses him to be a prophet before he is born (Jeremiah 1:5), and yet Jeremiah is quite aware that his life can be ended before he finishes his prophesying (38:1-15). Jeremiah is the one who tells us we are all like a clay pot in the hand of God (18:1-6) — a strong image that what God intends will surely come to pass. But he immediately follows that with a two-part warning: against presuming that if God has promised good, God has to do it no matter how much we rebel; and against despair when God has declared judgment, for repentance and forgiveness remain possible (18:7-10).

What, then, should the doctrine of predestination mean for people today?  First, we should be confident that God gives to all of us the destiny of being transformed into the children of God. If God has chosen such a destiny for us before we could choose for ourselves, then we are predestined: predestined by God for good.

Second, we should not be presumptuous, as though we could disdain others because we suppose God loves us more than them. Or as though we could presume that because God has destined us for good, we can gleefully rebel against God’s purpose with no risk. Or as though even the most wicked is beyond the possibility of grace and forgiveness.

Third, we should be humble, accepting that there are things we do not know. In particular, while we are in the midst of the story, we are not yet in a position to know the end of the story.

And fourth, we should be hopeful, with prayerful confidence that in the end God’s purpose will indeed be fulfilled, in our own lives, and in the life of all the world. And why not? Why should we not trust and pray for God’s will to be done, on earth as it is in heaven? And why not also live on that basis — living lives of hope and faith and joy, as those whose destiny is to be the children of God? 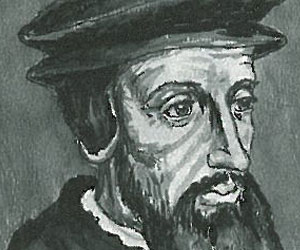 John Calvin
Calvinism
A. God’s sovereign decision to save is sufficient; all those whom God wills to save are saved.

C. Some are damned (because God chose them to be damned).
D. Those who are saved must respond in faith (because God’s grace creates this faith in them).

B. We are unable to say what it means that God loves the world, because God has created most of the people of the world with the intention of condemning them to hell. 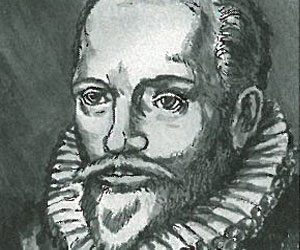 A. We are unable to say that God’s sovereign will to save is sufficient; some of the people God wills to save nevertheless are not saved. 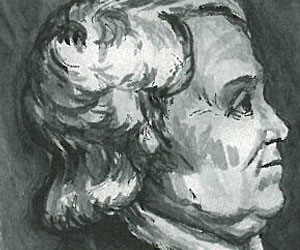 John Murray
Universalism
A. God’s sovereign decision to save is sufficient; all those whom God wills to save are saved.

D. We are unable to say why people must respond in faith; they are saved whether they believe or not. 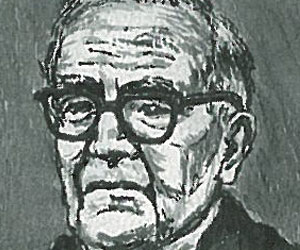 Karl Barth
Karl Barth
A. God’s sovereign decision to save is sufficient; all those whom God wills to save are saved.

C. We are unable to say whether anyone is damned.

This article originally appeared in the March 1997 issue of Presbyterians Today.