#GivingTuesday – Join the PC(USA) in responding to a world in need! Give now!
Make A Donation Click Here >
Home › What We Believe › Interfaith Relations

Loving our Buddhist and Muslim neighbors

How can we live faithfully as Christians in a world of many religions? 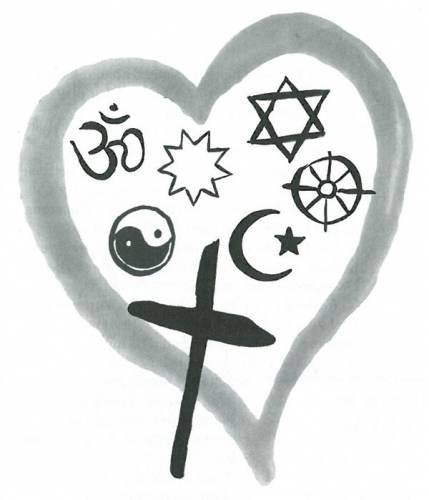 As citizens of a country made up largely of immigrants, U.S. Christians have inherited a deep tradition of wanting to love their neighbors as themselves. It’s a tradition that affirms the lines by Emma Lazarus etched in bronze on the Statue of Liberty:

Give me your tired, your poor,
Your huddled masses
yearning to breathe free,
The wretched refuse
of your teeming shore.
Send these, the homeless,
tempest-tost to me,
I lift my lamp beside
the golden door!

Yet when George Gallup asks in his annual surveys who Americans would least like to have as a next-door neighbor, people of non-Christian religions and religious fundamentalists are always in the top five responses.

U.S. Christians often feel torn by competing demands: How can I love my Muslim neighbor, even in the face of terrorist acts inspired by radical forms of Islam? Does my demographically Christian nation contribute more to inter-religious peace or to cross-religious conflict? If Christianity is true, can there be truth in other religions?

We find ourselves wanting to live in a country that allows freedom of religion for all, while also longing for a culture that reflects Christian values.
Presbyterians have much to offer our fellow Americans in resolving these dilemmas. “Witness and Evangelism Among People of Other Faiths,” a statement based on actions taken by three Presbyterian General Assemblies, states that when it comes to people of other religions, our task is to “share our faith as a part of genuine dialogue” (see the Interfaith Relation Web site “Tools for Understanding”). Some members of the Presbyterian Church (U.S.A.) may emphasize the “share our faith” part of the statement, while others stress “genuine dialogue.” But both evangelism and interfaith dialogue are essential parts of Christian witness.

Making room for other religions

Jesus told us that the heart of the Christian gospel is to love God and love our neighbors as ourselves. When asked, “Who is my neighbor?” he told perhaps the most beautiful story in all of Scripture about a person of one religion (a Samaritan) helping a person of another religion (Luke 10:25–37). 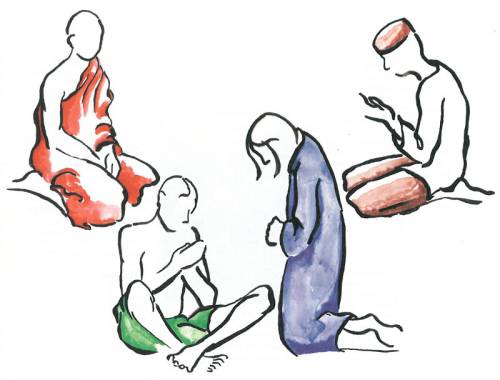 The Bible clearly teaches us to love people of other faiths; but confusion arises because of the sin in our hearts and our cultures.

U.S. Christians have consistently had difficulty combining patriotism with a sense of fair play when it comes to other religions, even those religions that have their roots in Christianity. For example, the U.S. government jailed the top leaders of the Jehovah’s Witnesses in 1918 because they had the temerity to criticize the country’s commitment to war. As recently as 1960 numerous American voters had reservations about electing a Roman Catholic as president. And in the past year we have debated whether a Mormon should be considered a serious presidential candidate.

We need to remember the radical nature of the First Amendment of the U.S. Constitution in respect to freedom of religion. The founders of our country, fresh from decades of debilitating religious wars in Europe, wanted to make sure religious belief would not be a cause for conflict in the United States.

The concept of freedom of religion has biblical roots. God created Adam and Eve as free agents with the capacity to choose or reject God’s sovereignty. In Luke 20:20–26 Jesus’ enemies try to trap him with a question about tax-paying and political allegiances. His answer suggests that governments are necessary — ideally to create conditions under which all human beings are protected and free.

Our Presbyterian commitments recommend striving to live and work for a better world in harmony with people of other faiths: “As our Christian affirmation meets the faith of others, remember that we are not called to respond in judgment … Seek common ground for putting concrete ethical concerns into action together with people of other faiths. Acknowledge one another’s religious motivations” (“Witness and Evangelism Among People of Other Faiths”).

A good argument could be made that no people in the world love truth more than Americans. Truth, that is, as defined by the scientific method. We love facts that can be shown to correspond to the reality of time and space.

Yet the religions of the world offer sharply different understandings of what is ultimate truth. Representatives of each religion naturally want to champion their religion’s version of the truth. Conflicts sometimes result from these competing truth claims. As a result, truth as defined by the scientific method has come under attack — especially when it comes to religion.

Some have advocated changing the definition of truth. Relativistic and postmodern understandings of truth allow competing versions of religious reality to be seen as complimentary rather than in conflict. Immanuel Kant was the first in a long line of Western philosophers to suggest that religious truth ought to operate according to different rules than scientific truth. Kant suggested that religious truth be determined not by whether it corresponds to reality, but by whether it satisfies the requirement of doing unto others as you would have them do unto you. This more ethical understanding of religious truth appeals to those wanting to accommodate the different visions of truth advocated by various world religions.

Yet most Americans believe objective truth does exist (65 percent according to one poll, with another 20 percent saying they were unsure, and only 8 percent agreeing with the relativist option).

Presbyterians affirm Jesus as “the way, and the truth, and the life” (John 14:6), while being open to learning from the truth claims of other religions. We are reminded to: “Be truthful about your disagreements with others. Do not attempt to achieve an artificial harmony with other religions by bending your own faith in Jesus Christ” (Witness and Evangelism Among People of Other Faiths).

The ambiguities of living in a culture that includes people of many religions may never be resolved. We may continue to struggle with mixed feelings about how to love our non-Christian neighbors. The confusion and conflicts we experience reflect our limited human capacity to understand ultimate truths.

The best resource Christians have for dealing with the enduring complexity of modern life is called hope. We find patience through hope; we are saved by hope, according to the Apostle Paul. Even as our whole creation groans under the weight of uncertainty, hope helps us cope (Romans 8:18–25).

My wife, Frances, and I recently had a houseguest, Piet Meiring, from South Africa. He told us some fascinating stories about serving on former Archbishop Desmond Tutu’s Truth and Reconciliation Commission, as it worked toward healing the deep racial conflicts fostered by apartheid in South Africa.

Early in the process, Meiring reported, a government official asked Tutu not to pray or sing hymns to open sessions of the commission. These were, after all, official government meetings. At first Tutu complied. But by the second or third meeting Tutu insisted on praying and leading participants in Christian songs to open each session. Reconciliation, Tutu explained, is not a matter of political compromise, but a gift of God.

Put another way, we don’t need less Christianity in public life; we need to practice more faithfully the Christian commitments we already have. In public.

We can lessen inter-religious conflict by cultivating respect for people of other religions as well as a full commitment to religious expression in public life. The religious expression of Christians should reflect deep, uncompromising commitment to biblical values, especially love for our neighbors. Unless we practice love toward our Buddhist, Hindu, Muslim and other neighbors, the conflicts will continue.

This article originally appeared in the April 2008 issue of Presbyterians Today.