#GivingTuesday – Join the PC(USA) in responding to a world in need! Give now!
Make A Donation Click Here >
Home › What We Believe › Heresy

How to spot a heretic

We live in an age custom-made for heresy, the temptation to settle for a smaller god 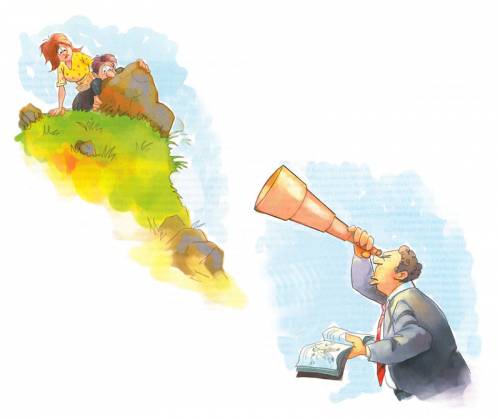 The name Arius is synonymous with heresy. As first-year seminarians know, Arius denied the divinity of Jesus Christ. What is less well-known is what made Arius a heretic. His heresy was not caused by theological recklessness or a lack of piety. It was his devotion that got him into trouble.

Basically Arius wanted to safeguard the God-ness of God. Ironically, in trying to do this, his teachings lapsed into a gross oversimplification. In his anxiety to defend God’s divinity, Arius lost the thread of orthodoxy and became a heretic.

A kind of oversimplification

Heresy is not a word we use much these days. The Oxford English Dictionary defines it as: “Theological or religious opinion or doctrine maintained in opposition, or held to be contrary, to the ‘catholic’ or orthodox doctrine of the Christian Church.” But the dictionary definition doesn’t help us understand what is at stake.

Presbyterian minister Tom Long, a professor at Emory University in Atlanta, once observed that the greatest heresy the church faces today is not atheism, but superficiality. Others would argue that only departures from accepted doctrines — like Arius’ rejection of the divinity of Christ, for example — are heresies.

In a sense, both views are correct. But Long’s point is that superficiality is what makes a teaching depart from orthodoxy in the first place.

We live in an age custom-made for heresy, addicted to shallowness and factionalism. Political pundits compete to reduce the most complex issues to slogans. Radio talk shows appeal to the lowest common denominator, addicted to sensationalism and rage. Even preachers are encouraged to follow suit.

One of my seminary professors described heresy as an attempt to reduce the irreducible tensions of our faith. These tensions, he believed, are given to us by the Bible and are enshrined in the church’s historic confessions. They are necessary to convey the unfathomable mystery of the God revealed in Jesus Christ.

Orthodoxy preserves the tensions. Heresy tries to resolve them. Thus heresy betrays the mystery of God by trying to make God more understandable, easier to handle, smaller. Heresy opts for half-truths that have no choice but to become a whole lie.

We consider the fourth-century theologian Arius a heretic because he refused to cling to the mystery of Jesus Christ, fully divine and fully human. He tried to resolve faith’s irreducible tension in favor of Christ’s humanity at the expense of his divinity. He let his teachings about Jesus Christ lapse into a gross oversimplification.

Arius was a theological conservative, who tried to safeguard the divinity of God against the dangerous idea of the incarnation. His opponents — Athanasius and his colleagues — were the radicals. Yet they prevailed in formulating the Nicene Creed, the gold standard of orthodoxy.

Arius’ argument was consistent to a fault. He contended that it was impious to say that God became flesh. Flesh changes. Flesh decomposes. God is immortal, invisible and eternal. “God does not change,” he insisted. “God will not rot!”

Jesus Christ, fully human, fully divine: this is a mystery. Not a puzzle, nor a riddle, but a mystery. Turn it around. Look at it from every angle. It remains unfathomable!

Heresy and orthodoxy are matters of consequence today no less than 16 centuries ago, because the Christian faith lives on mystery. And mystery is preserved in our beliefs through the irreducible tensions that greet us in the Bible and in the church’s confessions.

The quest of orthodoxy is to preserve these tensions. Orthodoxy’s struggle to hold on to paradoxes, contradictions and tensions at the heart of our faith is necessary not only to bear witness to God, but to maintain a sane view of ourselves.

“Simul justus et peccator,” a quote from Protestant Reformer Martin Luther, describes the irreducible tension at the heart of humanity. We are always, and at the same time, both justified by Jesus Christ (simul justus) and sinners (et peccator). To let go of one side of this tension (our justification in Christ) is to lose the assurance of God’s grace and to tumble into self-loathing and hopelessness. To let go of the other side (the fact that we never stop being sinners) is to lose hold of the reality of our need for God’s mercy and to risk falling into self-righteousness and cheap grace.

It’s tricky sorting heresy from orthodoxy. Today’s heresy can become tomorrow’s orthodoxy. This is why the “dictionary” definition of heresy does not help us much.

Usually something is thought to be a heresy because it calls into question conventional ways of thinking about God. Jesus himself was considered a heretic and blasphemer by many of his religious contemporaries because of his views on the Sabbath (see Mark 1:21–31, 2:23–28 and 3:1–6). Peter had a lot of explaining to do to his early Christian friends when he extended the gospel to uncircumcised Gentiles (Acts 10:1–18). Paul was the bad boy of the early church because he preached that in Christ there is now neither Jew nor Greek, slave nor free, male nor female (Galatians 3:28).

Charges of heresy are sometimes leveled when, in fact, a teaching is just new, different, strange or innovative. God is on the move, and sometimes God moves faster than religious people.

C. S. Lewis once wrote, “God is the great iconoclast,” who shatters our ideas about God time and again. Nobody ever said that following a living God would be easy (see Hebrews 10:31). If there is one lesson we ought to have learned from the Bible, it is this: God’s Spirit relentlessly unfolds God’s Word in our world.

When it comes to heresy in the Reformed tradition, no century was quite as bumpy as the nineteenth. No place was quite as perilous to preach or teach as Scotland, the home of Presbyterianism.

The most notorious of Scottish heresy trials culminated in 1831 with the deposing (we’d call it “defrocking” today) of a devoted young pastor, John McLeod Campbell, who served in the community of Rhu west of Glasgow. Scottish theologian John McIntyre once observed that “heretics and those accused of heresy are more loveable than their accusers. This is certainly true of McLeod Campbell.”

Campbell’s trial illustrates the consequences of a church that rests on the laurels of its past creeds (in this case the Westminster Confession of Faith) while refusing to continue to think biblically and theologically about faith in the midst of contemporary life. It was the church’s desire to preserve “Westminster orthodoxy” that led it to place that confession’s authority above the Bible.

Campbell taught that Christ died to reveal the loving heart of God toward all humanity, not to change God’s heart toward us or to win the benefits of salvation for a select few. He laid out his arguments, citing the Bible and other confessions, including the Heidelberg Catechism and the Scots Confession, to support his teachings. But he was sternly told by opponents: “We are far from appealing to the word of God on this ground; it is by the [Westminster] Confession of Faith that we must stand; by it we hold our livings.” In other words, the Westminster Confession tells us what the Bible means.

It is ironic that a court of the church would refuse to admit the Bible into evidence, but perhaps it should not be entirely surprising. After all, the Bible is rich in precisely the kind of tensions that serve as signposts of God’s mystery. Being reminded that “God so loved the world that he gave his only Son, so that everyone who believes in him may not perish but may have eternal life” (John 3:16) jeopardized the prosecution’s case and complicated a settled view of God and the world.

The tensions among the books contained in our Bible bear witness to a God much bigger than our categories. The Gospels, each of which is titled in Greek, Kata (“According to…”), can never be harmonized without irreparable loss. Similar tensions exist between statements of faith composed in various historical eras in response to specific crises. But taken together, these great faith confessions assembled in the Presbyterian Church (U.S.A.)’s Book of Confessions bear witness to the greatness of the God revealed in Christ.

Prepare to be surprised

Canadian theologian George Tuttle described the Church of Scotland in Campbell’s time as “suffering from theological bankruptcy and party strife.” Ministers were so afraid of being perceived as unorthodox they sacrificed the sense of adventure, which is essential to orthodoxy. The church forgot that orthodoxy’s duty is to preserve the irreducible tensions in our faith — if, that is, our faith is to be true to the always surprising God revealed in Christ.

If heresy means settling for a smaller God, orthodoxy must prepare to be surprised by God’s greatness, grace and mystery. The adventure of orthodoxy inevitably leads us to Paul’s song of wonder in Romans 11:33: “O the depth of the riches and wisdom and knowledge of God! How unsearchable are [God’s] judgments and how inscrutable [God’s] ways!”

This article originally appeared in the March 2009 issue of Presbyterians Today.