Support disaster response this hurricane season, GIVE NOW
Make A Donation Click Here >
Home › What We Believe › Embracing change is the Presbyterian way

So is doing it decently and in order

By Julius B. Jackson III

Every time my wife wants me to try a different recipe that she has prepared, I start finding a reason to say no. I want to ask her, “What is in the recipe? Why do we have to try something different?” These thoughts run through my mind before I eat the new dish. 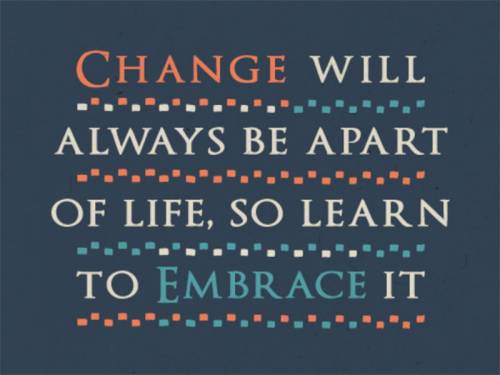 Sometimes Presbyterians, whose rally cry is “reformed and always reforming,” meaning “always embracing the new thing God is doing,” get stuck in old practices. We enjoy worshiping and fellowshiping together on Sundays. But for some reason, we usually sit in the same seat each week. How about sitting next to another one of God’s children whom we do not know or a new member or visitor? And, is it upsetting when there’s a change from the usual order of service? I’m not saying that the old way of doing things is necessarily wrong or unproductive, but life changes. We need to be open to those changes. We also need to know how to move toward change.

In December 2016, I completed my term as chair of council for New Castle Presbytery in Newark, Delaware, after serving terms as moderator and vice moderator. During that time, I was on committees that started a process of discernment, research, study, discussion and implementation of change in the presbytery’s structure.

It wasn’t easy. The process started a little over seven years ago at a presbytery retreat for its leaders. This meeting preceded the formation of two groups that were called “Balcony I” and “Balcony II” — because, like the view from a balcony, we, too, would be viewing the presbytery “stage” in front of us. By the end of 2016, the presbytery approved the recommendations that changed its leadership and budgeting structures. For example, some traditional leadership positions and responsibilities were eliminated or redefined, and new ones — such as missional and connectional presbyters — were created. A unified budget was established for our finances.

The major takeaway from this process was that even though most people agreed that change was needed, the process had to be transparent and everyone had to have an opportunity to participate and be heard. We surveyed every congregation in the presbytery and received responses from all. Every member of the presbytery was invited to participate in the process directly in the survey and at group listening sessions.

In the new presbytery structure, an “Ignite Team” was formed and given the responsibility for the distribution of presbytery mission funds. To involve all of the congregations in a missional approach, each congregation in New Castle Presbytery was given $5,000, with the caveat that the funds should not be used to fill a budget gap, but to do something different and bold that was contextual to them and relational to churches in or out of the presbytery, organizations and agencies. While it was embraced, there was still that lingering “recipe” question of “Why try something new?” that the Ignite Team was available to answer.

Another major point that I have learned about bringing about change is that we must develop open and transparent relationships with one another. Embracing change does not guarantee that we will all agree on the process of change. But all of us must stay focused on the main reason that we are in this Christian relationship. We are believers in Christ. We have agreed to carry out the six Great Ends of the Church as cited in the Book of Order.

And, as we work on whatever structural or social changes we need to make to reach the Great Ends, we cannot lose focus of our relationship with Christ and the relationship that he would want us to have with each other.

While old recipes are comforting, and often still good, it’s time to try something new. Embrace the change in life. Be led by the Holy Spirit and follow Jesus’ example. He showed his followers how to live — and how to behold the new thing God is doing.

Julius B. Jackson III is an elder at Community Presbyterian Church in New Castle, Delaware, and a member of the Ignite Team in New Castle Presbytery. This article originally appeared in the January/February 2019 issue of Presbyterians Today.

Presbyterians Today’s August/September 2018 issue featured how congregations are living out the six Great Ends of the Church. Read more