This article was originally published in the PHP Post Fall 2022 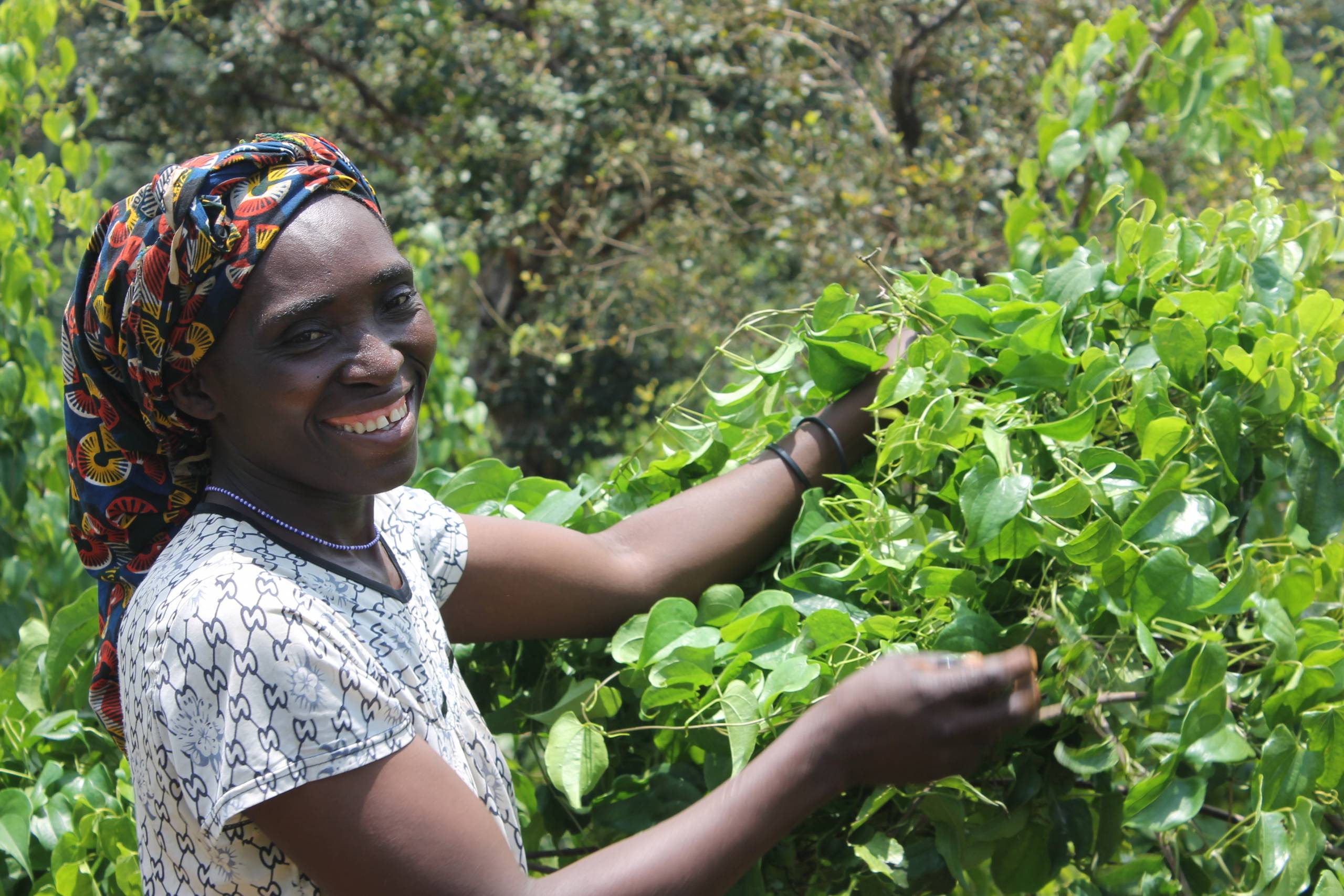 A woman tends to her yam plants, an important source of vitamin A, in Batibo, Cameroon. Photo credit: Valery Nodem.

According to the U.N. Food and Agriculture Organization (FAO), global hunger has reached record levels. Although this steep increase started before the war in Ukraine, it has accelerated the trend — including subsequent bans of wheat export by countries like Egypt and India who are trying to secure enough food for their own people.

FAO warns that international food prices will hit record highs this year, which means vulnerable people in the poorest countries will suffer most from food insecurity because of rising costs. Since 2019, the number of people in low- and middle-income countries who suffer acute food insecurity — when insufficient food consumption puts lives or livelihoods in immediate danger — has doubled to 276 million people. All four pillars of food security — availability, access, stability and utilization — are threatened by the combined negative effects of increased costs, conflicts and Covid.

In low- and middle-income countries, lots of families spend over half of their budget on food and are seriously impacted by higher food prices. The Center for Global Development estimates that because of the current spike in global food costs, an additional 40 million people will be pushed into severe poverty.

FAO indicates that world food prices are currently higher than what they were during the previous food crises in 1974 and 2007. Prices of basic commodities such as flour or vegetable oil have tripled in some regions since the Ukraine war began. Food producers around the world also face skyrocketing prices for fertilizers, of which Russia is one of the biggest exporters. In severely affected countries, rising food prices very often threaten social stability. When food prices were at their highest in 2008, more than 20 countries reported social unrest and instability.

Just as increased costs lead to food insecurity (which in turn drives social unrest), it is also true that conflict is another one of the major drivers of hunger. The World Food Program estimates that 60% of the world’s hungry live in areas riven by war and violence. Conflicts push people from their homes, and turn productive workers, forced to flee their homes, into refugees and beggars.

Current conflicts like the ones in the Democratic Republic of Congo, Ethiopia, Nigeria, South Sudan, Yemen and Syria have left more than 100 million people in “famine-like” conditions. Russia and Ukraine typically export 28% of the wheat that is consumed in the world, 75% of sunflower oil, and a significant share of barley, maize and fertilizers. Almost 30 countries import more than half of their food imports from Russia, and countries like Somalia where PHP has partners export almost 100% of their wheat from Russia. From 2020 to 2021, the price of fertilizers on global markets doubled. It doubled again this year. This is threatening food production in many countries that purchase most of their fertilizers from Russia.

Climate change also remains a very important driver of food insecurity. According to the World Food Program, 80% of the world’s hungry live in areas prone to natural disasters and extreme weather. Droughts, heat waves and floods are threatening farming in all parts of the world.  The climate crisis will have increasingly damaging consequences for food systems around the world. East Africa is currently going through one of the most severe droughts in 40 years, which reduces food production, leads to extreme hunger and starvation, and to the death of millions of livestock. In South Asia, predictions, after the recent wave of extreme heat, are that climate change will increase the number of hungry people by 23 million in 2030.

Covid has added to these problems through a combination of increased unemployment, supply chain disruptions and widespread lockdowns. In turn, hunger has increased the severity of Covid virulence and increased mortality by weakening immune systems among the world’s most vulnerable populations.

During these trying times, our partners on the ground are witnessing the impact of these multifaceted crises on their communities. They work with families having to cut one or two meals a day; with farmers who have fled their lands and homes because of conflicts, or unable to grow food because of extreme droughts or floods; and with people having a hard time adjusting to growing food prices.

In these times of global turmoil, we need to keep our siblings in different parts of the world in our prayers. We need to help those in need and provide support for them and their families. We need to study how all these issues are interconnected and get involved in fighting for the end of wars, better climate policies and debt reduction. We need to pay attention, as we are all affected by this.