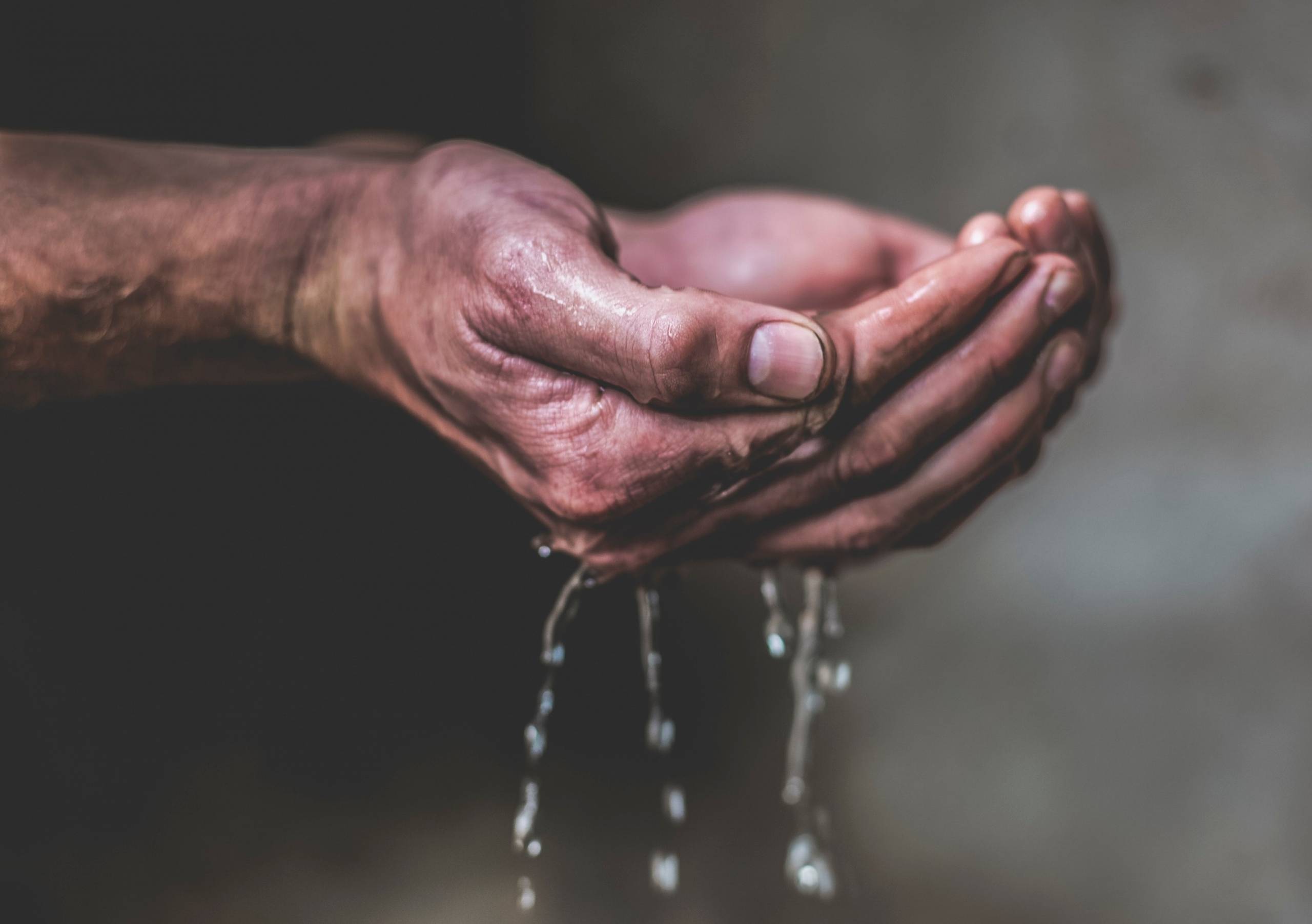 “Has the Church merely to gather up those whom the wheel has crushed or has she to prevent the wheel from crushing them?”

“Beginning in 1984, the world was confronted with horrendous televised images of starving children and their weeping mothers, victims of the now-infamous Ethiopian famine that eventually claimed more than one million lives. Christian churches responded generously, including Ethiopian famine relief as a mission priority. Together with a wide array of governments and nonprofit organizations, the international community quickly generated more than $100 million to provide direct food aid.

But as media attention moved elsewhere, some troubling facts began to emerge. Although the humanitarian crisis had been framed as a famine, throughout the 1980s there actually was enough food produced in Ethiopia to feed its entire population. But in the national context of the rebellion of the Tigray, Eritrea, and Wollo regions against the brutal Derg regime in Addis Ababa, the root problem was one of food distribution: the government, after engineering widespread starvation to punish the rebels, adeptly diverted the donated food aid from the needy to feed its own army. The end result was chilling: “The humanitarian effort prolonged the war and, with it, human suffering,” concluded renowned British researcher Alex de Waal after his exhaustive study of the international response to the famine.1 Because sincere Christian mission efforts had ignored the underlying structural injustices, well-intended help was misdirected and tens of thousands more Ethiopians died. Mission without justice ceased to be God’s mission at all.”[1]

God’s mission clearly includes charity: a cup of cold water given in Jesus’ name; the Samaritan’s extraordinary care for the victim of highway robbery; the traditional “alms for the poor” that has characterized the institutional church through the millennia. Charity is clearly biblical and a hallmark of Christian faithfulness. After 35 years of working with Presbyterian congregations engaged in local and global mission, I have found that the overwhelming majority of congregations dedicate nearly 100% of their mission attention and budget to charity work. But as the story from the Ethiopian famine reminds us, a singular focus on charity can blind us to the larger issues behind the suffering we seek to alleviate. A Congolese proverb says, “It takes two hands to wash”: God’s mission consists of both charity to stop our neighbor’s bleeding and justice to prevent the wound in the first place. 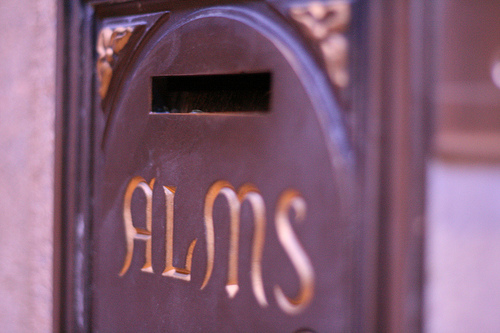 This fact has caused me to reflect on the reasons behind this curiously singular focus. I know, for myself, charity work is highly satisfying. I am almost always thanked for my service. When I offer a hot meal to a homeless family at the city shelter, I generally stand behind the counter. My position as benefactor shields me from the uncertainties and insecurity of a deeper relationship with a person forced to live on the street in conditions I would not tolerate for my own family. Charity can even anesthetize me into thinking I’ve done my part when in fact my neighbor is being exploited in ways that benefit me: when my insistence on lower taxes results in my neighbor not having access to desperately needed mental health services. If the “unbelievable price” I paid for my new shirt was only possible because of the unjust wages and dangerous working conditions of my global neighbor, I am profiting from my neighbor’s suffering. If my stock portfolio includes investments in companies that abuse their workers to extract greater profit and enhance dividends, I am a direct beneficiary of injustice and am literally funding the wheel that is crushing my neighbor’s life. And so, I’m tempted to turn a blind eye, claiming “it’s just too complicated”. Mere charity can divert our attention from the other hand of mission: the struggle for justice to prevent the suffering before it begins to crush the life of our neighbors.

Confronted by the complexities of global poverty, maybe I feel better about myself and my own relative wealth when I gaze upon the smiling picture of the sponsored child on my refrigerator or share on my Facebook page the story of my church’s clothes closet for the poor. Now, I know for a fact that unjust structures condemn the poor to inadequate housing, education, health care, and jobs. But I’m certain that to work with the oppressed in identifying and addressing the root causes of their plight would require something more costly to me. It would require me to heed Dietrich Bonhoeffer’s call to stop ignoring the wheel that is crushing so many people. It would require a commitment to justice to prevent their suffering, rather than merely tending their wounds. Because changing the unjust laws and structures that keep the poor down would require a long-term relationship of accompaniment with the poor. And I’m certain that relationship would be very costly, because it would change me, too. It would change the products I buy, how I invest my money, how I vote. It would force me to choose between the worship of Mammon (my investment income) and Jesus (who overturned the money changers’ tables in his anger with injustice). 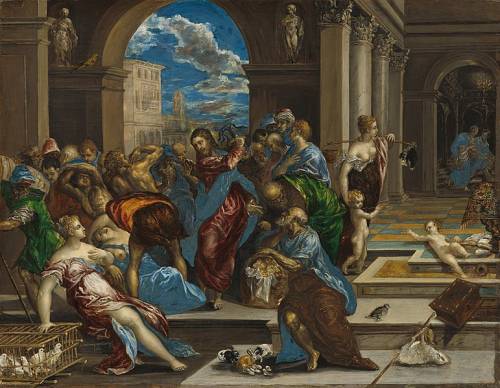 So I have to wonder, has the American church’s almost singular focus on charity, as opposed to justice, become an idol that keeps us feeling good about ourselves, but ignorant of the causes of our neighbor’s suffering? Can I fully love my neighbors unless I’m willing to keep the wheel from crushing them?

I think these questions were in my mind twenty years ago when the Presbyterian Hunger Program’s former international coordinator, Lionel Derenoncourt, first explained to me a new model of mission, the Joining Hands against Hunger initiative. The effort wisely saw that the American church was using only one hand of mission—charity– and invited our church into the slow, hard work of solidarity for justice—to creating spaces where mission partners from the churches and civil societies of the Global South could share their analyses of the root causes of injustice with partners from the Global North and work together to overcome them.

Because “mission in solidarity” is woven through innumerable human relationships, tangible fruits of the Joining Hands model have taken some time to be seen. But laws in Egypt have been changed in favor of children with special needs; a highly polluting, U.S.-owned metal smelter in Peru with a legacy of thousands of lead-poisoned children was forced to decrease toxic emissions; and Cameroonian families displaced by the Exxon pipeline have found the encouragement to organize and advocate—these are the results of the global solidarity woven together by the Joining Hands initiative.

So take a look at your own congregation’s mission work: what portion of your time, your budget, your prayer and your attention is dedicated to the important work of charity? And how much to justice—the preventive work of identifying and addressing the root causes of our neighbors’ suffering? Could it be that our need for the instant gratification that charity work generates has become an idol that keeps us from joining God and neighbor in the deeper work of justice? Maybe it’s time to use both hands in mission.

The work of the Joining Hands initiative of the Presbyterian Hunger Program is possible thanks to your gifts to One Great Hour of Sharing.