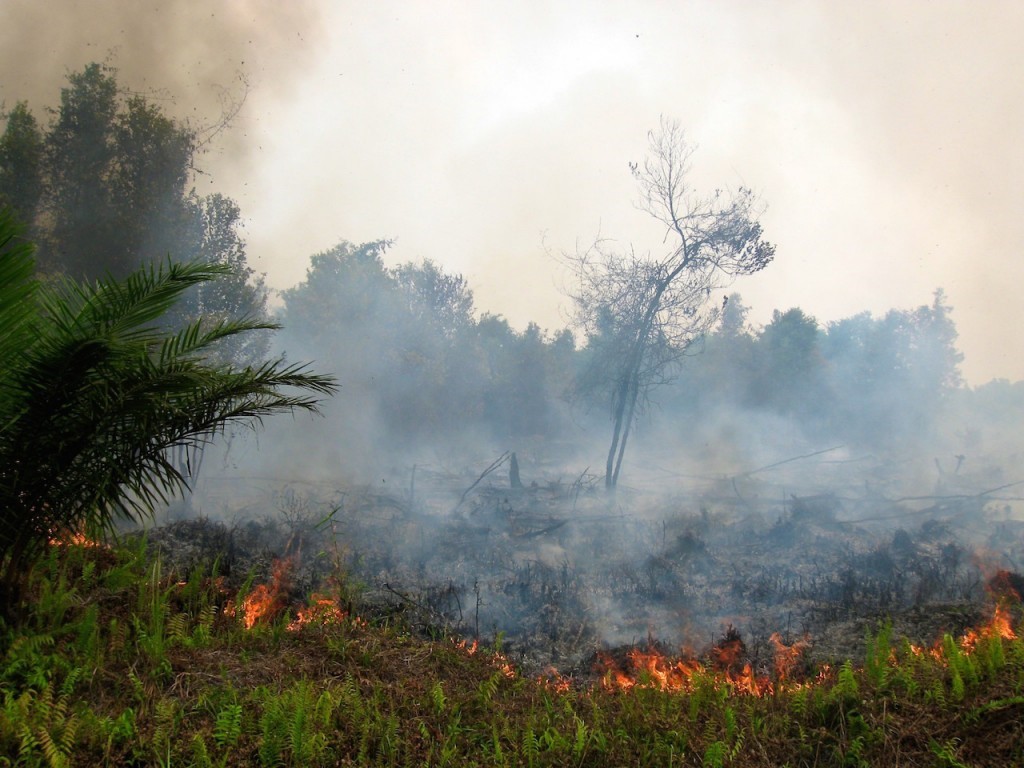 It’s been almost a week since we celebrated Earth Day and the question that has been on my mind is what is the current Covid-19 pandemic attempting to teach us about the state of Mother Nature and the ways in which we relate to her?

It’s clear that nature is benefiting from the shutdowns and social distancing that are occurring across the globe. Air pollution and greenhouse gas emissions have decreased dramatically with the grounding of many airlines and major reductions in other forms of travel and production. In Delhi, India, dangerous particulate matter and harmful levels of nitrogen dioxide, from vehicle and power plant emissions have been reduced by about 70%.

In slowing down, and reducing our activity, we are providing nature a much-needed reprieve from human activity, an opportunity to breathe, repair and recover. Unfortunately, this is only a temporary change and not sustainable if we continue the same destructive lifestyles once economies reopen for business.

And of course, we must acknowledge that while nature may be thriving during this time, people all over the world are suffering from lost employment, diminished incomes and uncertainty.

A new Harvard study found that people exposed to high levels of air pollution in the U.S. have up to an 15% increased chance of dying from Covid-19 when contracting the virus, compared with those that live in less polluted places. 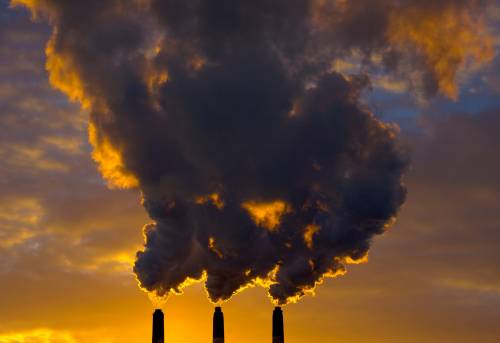 Communities of color in the U.S. that are exposed to higher levels of air pollution due to environmental racism, suffer from higher rates of asthma and hypertension and are dying from Covid-19 at disproportionate rates. In Louisiana, African Americans make up 30% of the population but 70% of the Covid-19 deaths in the state.

Meanwhile, in the middle of this pandemic, the Trump administration has rolled back vehicle emissions standards, which is expected to contribute nearly a billion additional metric tons of carbon emissions to the environment, worsening air pollution further.

About a third of the Earth is covered in forests. Trees and forests of course provide us with the oxygen that we all breathe, and they remove pollutants from the air. Despite their important life sustaining role, we are destroying them at alarming rates. 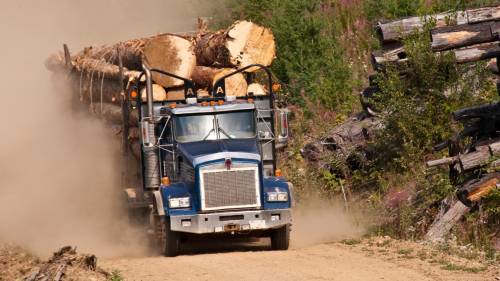 While forested land in the U.S. has stayed steady over the past hundred years thanks to reforestation efforts and policies of forest protection, there continue to be threats. The Trump Administration has been pushing since August of 2019 to open the Tongass National Forest in Alaska, which constitutes more than half of the world’s largest intact temperate rainforest, to development projects, including mining, logging and energy production. Fortunately, in March of this year, a federal judge ruled against the plans.

Louisville, Kentucky, is becoming the fastest warming urban heat island in the nation, due to increasing temperatures and a declining tree canopy. The city has lost almost half a million trees over a period of 8 years (2004-2012) due partly to growing urban development.

Globally, deforestation is an even larger problem. Every year, we are losing 18.7 million acres of forest. According to the Union of Concerned Scientists, the majority of tropical deforestation is a result of clearing forests for the production of primarily four commodities: beef, soy, palm oil and timber.

The Amazon rainforest in South America is the largest tropical rainforest in the world, about the same size as the 48 contiguous United States. In the last decade, 15 million acres, or 10.3 million football fields, have been deforested in the Amazon. 80% of deforestation in the Brazil Amazon is due to land clearing for cattle ranching. Brazil is the world’s largest exporter of beef, with one-fourth of the market share.

Indonesia’s rainforests, the largest expanse of rainforest in all of Asia, are also being destroyed. About 285,716 square miles of Indonesian rainforest have been “logged, burned or degraded” in the past 50 years. Officials estimate that 80 percent of the fires in Indonesia were set to clear land to make way for oil palm plantations. 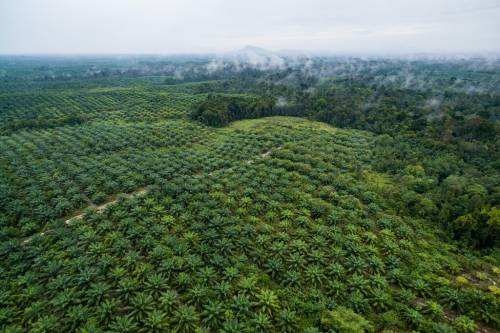 Cameroon’s forests are the second largest in Africa and lost around 1.9 million acres to deforestation and degradation between 2001 and 2015. In 2009, American company Herakles Farms signed a 99 year lease, through its local subsidiary, with the Cameroonian government for 180,599 acres of forested land to establish a large palm oil plantation and refinery. The project was expected to displace around 45,000 people as well as destroy the old growth forest. Fortunately, advocacy by our Joining Hands network RELUFA in Cameroon, alongside other groups, resulted in a major scale back of the deal. In the same country, displacement of indigenous Bagyli communities by the construction of the Chad Cameroon oil pipeline. Communities lost their homes and access to the forest resources that sustained their livelihoods. The Joining Hands network in Cameroon, RELUFA, continues to work with communities who are fighting for their rights since they were displaced by large land concessions (land grabs) made to corporations.

Millions of indigenous people live in rainforests across 70 countries worldwide. Their wisdom of living in sync with nature has been disregarded as well as their rights ignored and disrespected. The deforestation of tropical rainforests across the world is destroying indigenous lands, people and culture.

The more that humans exploit and destroy nature and the natural habitats of wild animals, the higher the risk of a virus spillover like Covid-19 will be. Covid-19 is a zoonotic disease, a disease which is spread from animals to humans. Some other zoonotic diseases are rabies, malaria, HIV, and Ebola. 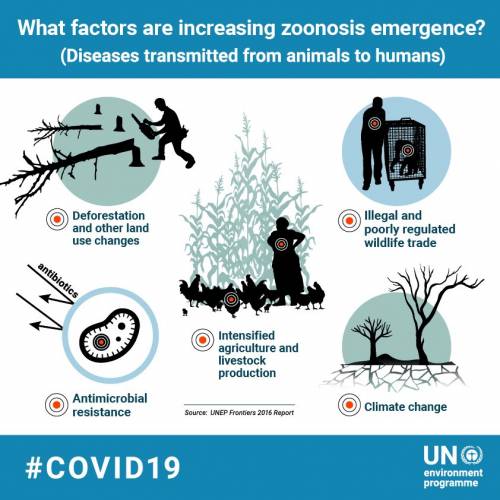 Deforestation presents an opportunity for more contact between humans and wild animals, which means more virus exposure risk, whether that is by attracting animals into human spaces or by humans entering wild spaces.

In 2016, researchers published results in Emerging Infectious Diseases that suggests a link between the incidences of zoonotic malaria (P. knowlesi) also known as “monkey malaria” in Sabah, Malasia and deforestation. The findings corroborate the findings of other studies indicating that “transmission is occurring in forested areas undergoing substantial change.”

Researchers published results in 2017 in Scientific Reports that documented that Ebola outbreaks that occurred between 2001 and 2014 in the West and Central African rainforest biome struck two years after forest loss in the outbreak zones.

And while scientists still aren’t sure yet of the origination of Covid-19, there has been some speculation that it could have originated in a pangolin, an endangered mammal that carries a similar strain of the Coronavirus, illegally trafficked into China from countries in Africa and Asia for food and medicine.

We have seen in places like the Anglophone regions of Cameroon, that conflict can cause people to flee to the forests to escape violence. 530,000 people in the Anglophone North West and South West regions have been internally displaced by the conflict. As many as 100,000 people could be taking refuge in national parks, wildlife sanctuaries and forest reserves in the South West region, clearing land for farming, hunting wild animals, and building shelters – even new villages. People taking refuge within these biodiverse hotspots are at higher risk of malaria which is more prevalent in the forest, and other zoonotic diseases since they are now eating wild animals for survival. The lack of clean water and sanitation complicates matters even further.

What we can do

Defend Indigenous Rights and protect indigenous lands from land grabbing. Recognizing that indigenous peoples are the guardians of our global forests, we should work to support their efforts to resist land grabbing and other forms of colonization. 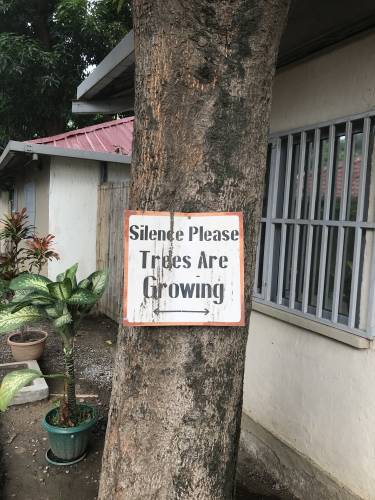 Support PHP’s work on Conflict, Extreme Hunger and Famine. Malnutrition makes people more susceptible to disease. The Presbyterian Hunger Program has been working to improve nutrition and rebuild livelihoods of communities experiencing extreme hunger and famine as a result of violent conflict.

Plant Trees. Plant a tree at your home or church. Or care for the trees that you already have by removing invasive vines and shrubs that steal nutrients from trees or weigh trees down.

Learn about the Tree Fund that Red Uniendo Manos Peru is Developing. This future fund will be used to support reforestation efforts of our Joining Hands Peru network members in order to mitigate the impacts of human-generated carbon emissions as well as to rehabilitate lands effected by climate change. Also, this fund will support actions to protect the Amazon Rainforest in Peru.

Be informed. For more reading:


One Response to “Deforestation and Covid-19”