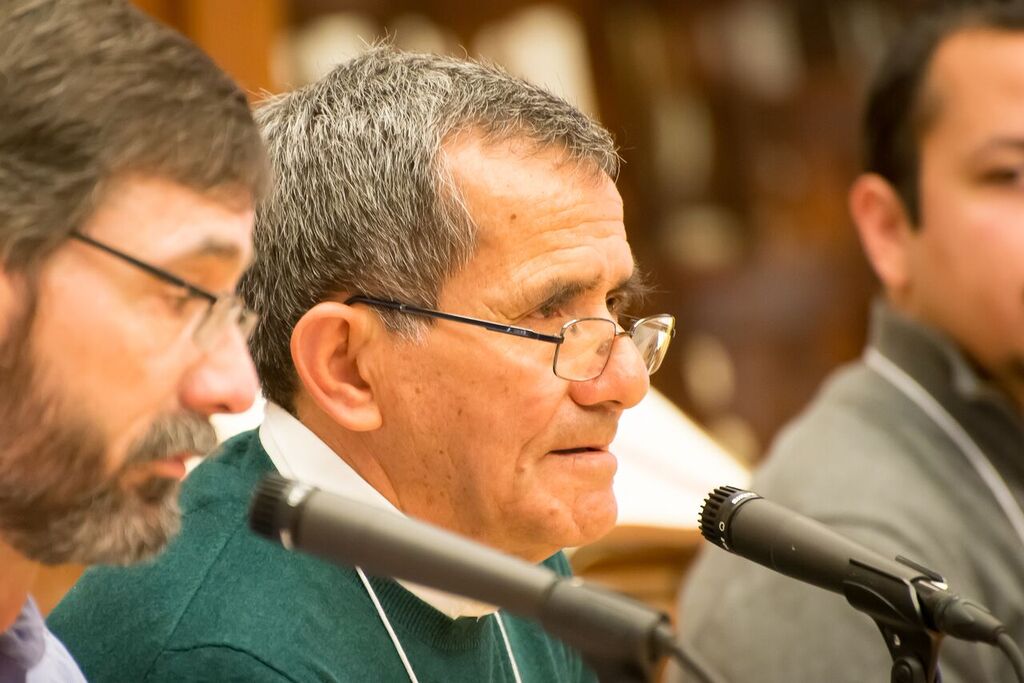 Here in Peru, at the end of the 1990s, with the facilitation of the Presbyterian Church (USA), a convergence of like-minded people and institutions came together to form the Red Uniendo Manos Peru (Peru Joining Hands Network).

With all its responsibilities, opportunities and risks, these 20 years of life for the Red Uniendo Manos Peru have passed quickly, leaving behind indelible marks on each of its members and actors. As a pedagogy of life and for life, these past two decades have taught each of us that, we are all beings of creation on this planet, called to come together in the realization of sustainability for all.

Our country is very diverse socially, culturally, geographically, economically and ecologically. The issues we face are also diverse and connected to broader global problems: increased pollution levels, scarcity of water resources, droughts and desertification, climate change, loss of biodiversity, and a breakdown in the fairness of international trade flows.

For a long time, our country has faced demands for deep structural changes. These demands came after years of internal violence that severely impacted rural and native communities, generated high rates of inflation and ultimately paved the way for authoritarian governments that liberalized markets in alignment with capitalist principles of exploitation and domination.

Within this context, the government of Peru auctioned off public companies and privatized community assets. It was then that the North American company Doe Run “won” the privatization contest and became owner of the La Oroya Metallurgical Complex and assumed the responsibility of implementing an environmental adaptation and management program, as well as health care for the population. Neither of these objectives were ever met.

During these years, we implemented several initiatives in defense of human rights and the restoration of people’s dignity. We addressed environmental issues, in accordance with the demands of the population of La Oroya and other areas affected by exposure to environmental pollution due to metallurgical mining activities, such as the care of surface water sources and the remediation of degraded soils, with the purpose of restoring lost ecosystems.

We also supported anti-poverty initiatives by promoting the economic initiatives of local artisans producing from the richness of their culture. 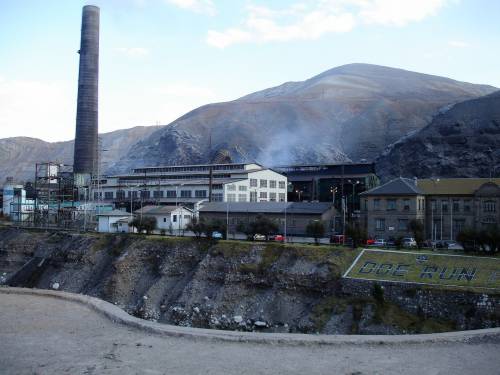 We facilitated North American volunteer experiences in distinct localities across Peru. And, we served as a bridge in the building of solidarity among groups of US Presbyterians and local community populations in Peru.

We also contributed to the restitution of peoples who suffered the impacts of disasters and other tragedies. All of this work and the spaces in which we were involved brought its own results, achievements, advances, and of course frustrations.

Today, we can affirm that significant progress has been made in the adoption of regulations in favor of the health of the population or in the reduction of environmental pollution in La Oroya and surrounding areas. Likewise, the Artisan Law we promoted has brought advances to the protection and security of local communities.

So, we have learned that that no one has the complete solution for complex situations such as La Oroya or Peru in general. Even with the semi-paralyzed metallurgical plant, we have many environmental and social challenges that affect all Peruvians.

After these last twenty years of heightened extractive activity driven by the market economy, based on profit making while bypassing the needs of the population, our response to environmental and human health is still not sufficient. Also, it would be pretentious to say that advances made were due only to the actions of a single institution such as the Red Uniendo Manos Peru. However, we can attest that we have contributed to solutions in a determined and humanistic way.

The problems of sustainability and vulnerability of the most fragile populations have not yet been resolved. One can sense a certain level of breakdown in social organizations and growing individualism that emphasizes opportunism, all of which expands the risks of authoritarianism in some sectors.

However, each of us has an important role to contribute to regeneration. In these times of chaos, migration crises, violent climatic changes and difficulty in discerning the true from the false, we urgently need healthier environments and spaces, that promote mutual respect and dialogue, in order to reach consensus and commitments given our diverse realities. This is in effect a process of genuine construction of the Church.

Even with our difficulties and limitations, we continue to accompany the local population in its efforts to work for a quality environment, comprehensive health and life, and respect for the smallest beings of creation, with the desire to unite us all as equals.