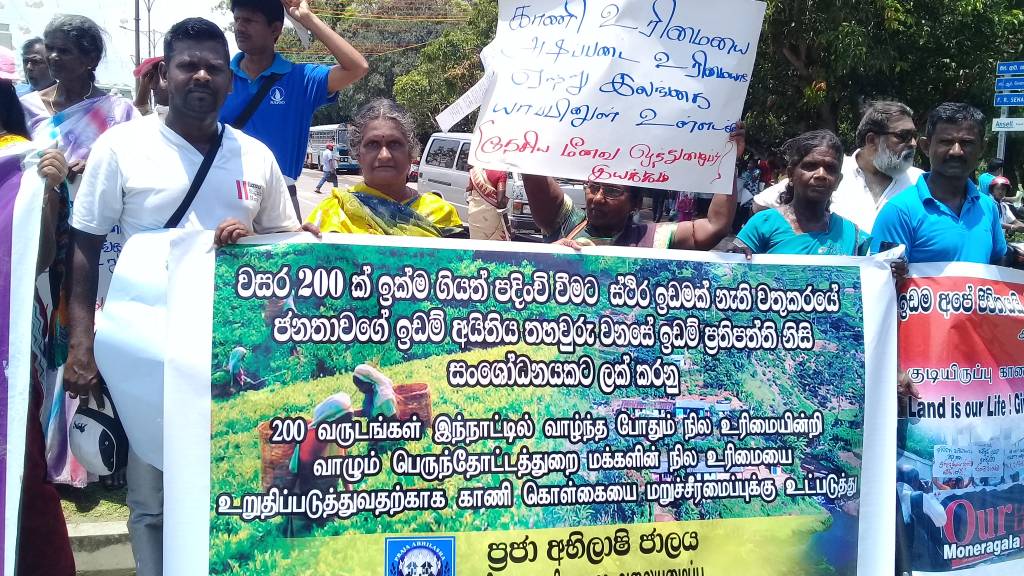 On December 26, 2004, a powerful tsunami waves devastated the Sri Lankan coastal areas around the country destroying fishing villages, flooding rice fields and plantations and sowing grief among rural and urban communities. The disaster affected particularly fishing communities on the coast.

Sri Lanka is a very popular tourist destination, particularly for northern Europeans, and hundreds of tourists were killed by the tsunami. Much of the tourist infrastructure was destroyed also in the Southern, South/Western, Eastern and Western regions of the country.

The international community rallied to help tsunami survivors and millions of dollars were contributed by individuals, businesses and charities.

While the Sri Lankan government was beginning to organize relief efforts, international relief organizations arrived to provide help. While intentions to help were sincere, some negative influences surfaced. 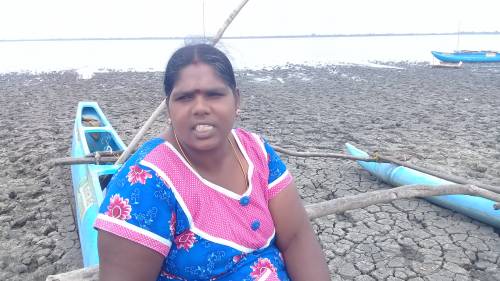 Fisherwoman Jayseeli is sitting in her boat happily after fisher people received the access to fishing in Kepapilavu. Photo courtesy of Praja Abhilasha.

The World Bank, the Asian Development Bank, the United States Agency for International Development (USAID), Japan, the European Union and others offered the Sri Lankan government to assist in the development of policies for the reclassification of coastal land to restrict local access and use to rebuild and expand the tourist infrastructure.

In May 2005, many grassroots organizations, non-governmental organizations and community groups gathered in Colombo, Sri Lanka, at the invitation of the Ecumenical Institute for Study and Dialogue (EISD) and the National Fisheries Solidarity Movement (NAFSO)and agreed to form a network of organizations representing marginalized communities from coastal and farming areas affected directly and indirectly by the tsunami.

By early September 2005, the “Praja Abhilasha” Network (Joining Hands Sri Lanka) was formed. The network is countywide and composed of 25 organizations. It is inclusive of all faiths and religious bodies present on the island although there are no institutional churches among its membership.

The response members present at that constitutive workshop identified the focus areas for their work together.

“We agreed that the Tsunami has only exacerbated the underlying causes of poverty in our country. We have decided to focus on the following key issue. Access to Land as it is the core issue of poverty in our society. We agree to work on the right to land as a human right of the people as it relates to the right to life and livelihoods of the people, in a context of globalization, privatization and International Monetary Fund imposed economic reforms in our country”. 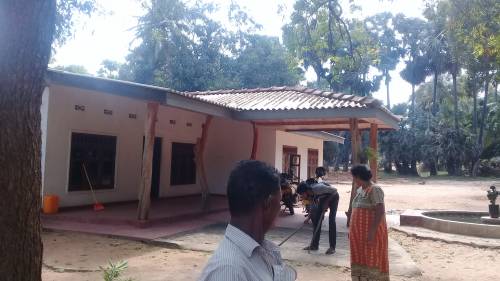 A family cleans up after returning to the land and house in Kepapilavu. Photo courtesy of Praja Abhilasha.

Praja Abhilasha has organized and mobilized affected communities through its partner organizations to fight to regain land lostand the network has celebrated many victories with the land campaign.

Praja Abhilasha has been supported in this work by the Presbyterian Hunger Program and the Presbyterian Disaster Assistance. The network was also fortunate enough to receive assistance from Chenoa Stock, a PCUSA mission co-worker, who served as Companionship Facilitator for the network, connecting the network in Sri Lanka with Presbyterians in the U.S. After Chenoa left in 2011, Rev. Thomas John served as the Companionship Facilitator for both India and Sri Lanka. Both Chenoa and Thomas helped the network and members to move forward with strong land campaigns.

There have been many victories gained by the collective efforts of the network members, such as: 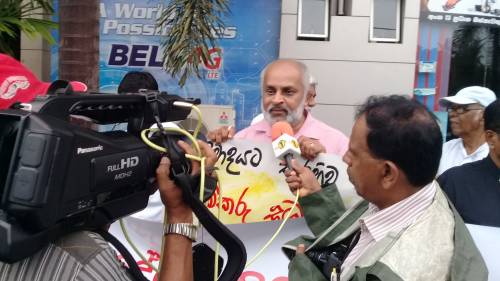 These victories have been significant and with them Praja Abhilasha has gained the trust of communities as a valued partner in these struggles.

However, Sri Lanka has recently elected a new President, who is not expected to respond favorably to land rights struggles. So, we expect that it may be very difficult to gain back lands currently under military occupation in the north and east of Sri Lanka.

The new political climate will challenge us to be more strategic. We will continue, with the support of the Presbyterian Hunger Program, the struggle to regain people’s land to eliminate hunger and poverty.