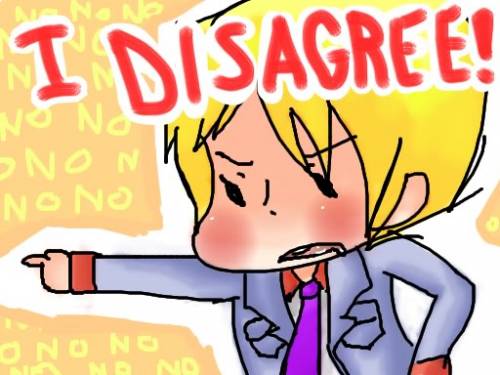 How do we deal with dissenters?

The session was in the midst of a future-changing discussion. Our “Future of Worship” task force had given them their final proposal after spending 15 months discerning how to adapt our worship to a changing world. They had studied different kinds of worship and had visited at least 10 different vibrant churches, ranging from traditional to contemporary to emergent to quirky.

The last question was the stickiest topic. They weren’t proposing that we create a contemporary band. Our talented musicians already played traditional, contemporary, gospel, jazz, blues, R&B and more on keyboards. They wanted to enhance our music by adding a percussionist, a bassist and a guitar player. The sticky point was the percussionist.

I’m not sure why, but adding percussionists or drummers always creates church friction. Still, the task force was adamant that it would enhance the quality of our music and be more inviting to younger worshippers. One elder was adamantly against it. “I just don’t like drums,” the elder said. “In fact, I don’t like that we’ve slowly moved away from the organ. I love the organ. I hate drums. I’m really against this. Plus, as the co-chair of the finance committee, we simply can’t afford the extra $5,000 per year it would cost us for a percussionist.”

Other elders quickly countered with their forceful arguments. “This is about the next generation, not our generation!”  “Maybe we can’t afford it, but can we afford not to do it if it means losing younger people?” They weren’t swaying her. She wasn’t thinking about younger generations. She was thinking about her own preferences and of those members like her.

To forge ahead or not?

What do we do? Most of the session was ready to forge ahead anyway, but some were with her. What made it more fraught was that we used a discernment and consensus process for decision-making, with elders prayerfully asking what they sensed God wanted. Whenever we didn’t get consensus we always postponed for more prayer. Still, it was final budget time. We really couldn’t postpone.

Even if we went by majority rules, moving forward with an elder adamantly against it can be filled with peril. What if discontent spreads like a virus? We were caught in the dilemma of dissent: go forward and be sabotaged, do nothing and sabotage growth. I had to decide quickly how to keep the proposal on the table without creating more dissent and conflict.

That’s when I employed my holy triad. I emotionally detached from what I wanted and sought to validate, elucidate and integrate.

Can Christ speak through all?

One thing about using a more spiritual way of making decisions (you can find out much more about this through my book, Becoming a Blessed Church) is that you have to listen for God’s voice and guidance in both those who consent and those who dissent. God doesn’t just speak through one. God speaks through all, but often our Roberts’ Rules training leads us to believe we have to choose only this or that, not this and that. That’s where validating, elucidating and integrating comes in. They help reveal God’s deeper voice.

The elders were getting frustrated with her, but I stopped them.

“Hold on, she’s making some really good points. We’re ready to jump in full force, but maybe she’s right. Would it be better to have an adjustment period? Also, she’s probably right that with the other increases in our budget, $5,000 is a lot to absorb. What if we tried a hybrid? What if we didn’t start this till June of next year, which would cost us only $2,400? And what if we had guest percussionists periodically in the preceding 6 months, including Christmas Eve, so people could see and hear what it would be like?”

I then turned to her and asked what she thought. She said, “If we’re willing to make it cost less, and allow me to hear what it’s like, I would feel much better. I think I could come on board.”

The first thing I did was to validate her. She was feeling the brunt of people dismissing her, and it was hardening her position. So I said, “Hold on, she’s making some really good points. We’re ready to jump in full force, but maybe she’s right.”

I then moved onto elucidating. I engaged the session in a discussion of her ideas and what we could do with them. We explored her thoughts more deeply and positively, which also continued to validate her.

Finally, we integrated. We looked for a way to create a hybrid of her ideas with what was already on the table: “Would it be better to have an adjustment period? Also, she’s probably right that with the other increases in our budget, $5,000 is a lot to absorb. What if we tried a hybrid? What if we didn’t start this till June of next year, which would cost us only $2,400? And what if we had guest percussionists periodically in the preceding 6 months, including Christmas Eve, so people could see and hear what it would be like?”

Unfortunately, in our modern church world, we’re so tied into debate rather than dialogue that we’re used to living with winners and losers, which erodes unity and community. It reminds me of something a pastor said to me while advocating his position on some perpetually divisive, denominational issue who said, “God is either for it or against it! God can’t be for both.” My response was, “Why not? If Christ is in all of us, why can’t Christ be calling us to integrate both sides and create something new?”

The key to creating a more creative church often starts with leadership that’s willing to look at all sides and validate, elucidate and integrate.

The Rev. Dr. N. Graham Standish, is executive director of Samaritan Counseling, Guidance, Consulting in Sewickley, PA, and directs their Caring for Clergy and Congregations program. He is the author of seven books on spirituality and congregational transformation, with a new one, “…And the Church Actually Changed,” being published this spring (www.ngrahamstandish.org).