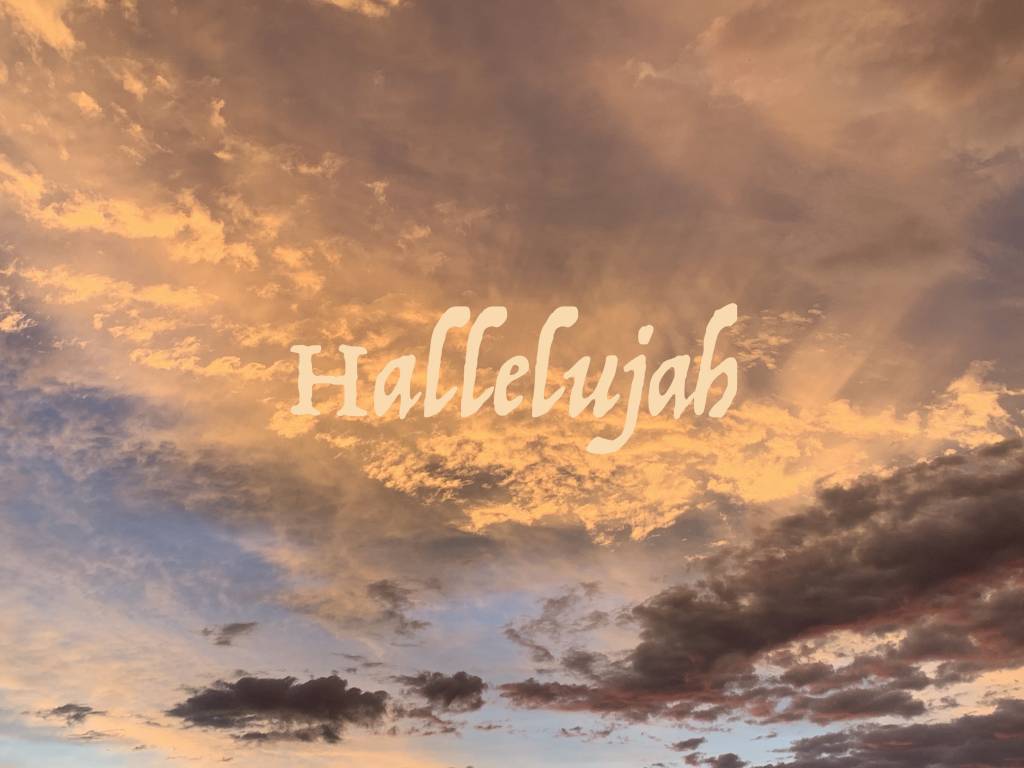 The hurting and disappointed pieces of my heart have found a ballad they can sing in Leonard Cohen’s “Hallelujah.” While I’ve been working on the song in choir practice, the song has been working on me.

Out of eighty-some verses he had written, Cohen picked four for his first recording of the song in 1984. They start with King David writing music, “the baffled king composing Hallelujah.” The second verse references David and Bathsheba with a nod to Sampson and Delilah.

The third mentions using the name in vain and ends with a Brooklyn “what’s it to ya?” And the last verse speaks of death, the writer standing before the Lord of Song “with nothing on my tongue but Hallelujah.”

The arrangement our choir is singing omits the second verse. It might be to keep the anthem from running too long.

After each verse, the refrain consists of a single word sung four times, the word Hallelujah.

Snagged in my wondering is a line from the third verse that begins “a blaze of light in every word.”

The Jerusalem Talmud, one of the holy books of Judaism, remembers Rabbi Shimon ben Lakish saying that when God wrote down the Torah before giving it to Moses, God wrote with black fire on white fire (Talmud Yerushalmi, Shekalim 6:1, f. 25b).

I find hope in that. Because sometimes a broken Hallelujah is all I can manage to sing.

Hallelujah comes from the Hebrew language. “Hallelu” is a command to praise addressed to you and you and you. The “jah” at the end is a short version of the personal name of God, the one revealed to Moses at the burning bush. So Hallelujah packs a lot into a single word. “All you all, praise the God revealed to Moses!”

Hallelujah shows up frequently in the Book of Psalms. In Psalms 146-150, for example, it is featured at both the beginning and the end of each psalm, hiding under the translation “Praise the Lord” (NRSV).

In the Christian New Testament, Hallelujah appears in the Book of Revelation, no longer as a summons to praise, but now as an expression of praise. There we hear a great multitude in heaven crying out in worship, “Hallelujah! for the Lord our God the Almighty reigns” (Rev. 19.6 NRSV).

Cohen’s music, by contrast, fills the word with longing. With a haunting and even broken Hallelujah, he sings his life to God.

Though Leonard Cohen died in 2016, his “Hallelujah” lives on, inviting us to sing our lives. Even the hurting and disappointed parts.

Ken Rummer writes about life and faith from the middle of Iowa by the High Trestle Trail. His previous posts are available at http://presbyterianmission.org/today/author/krummer