On July 14, our president tweeted to American citizens, “Go back home.”

I’m Korean American. I came to America with my parents as a seven-year-old and I’m familiar with those taunts. They’ve been hurled at me multiple times in various forms. I want to share two of them. 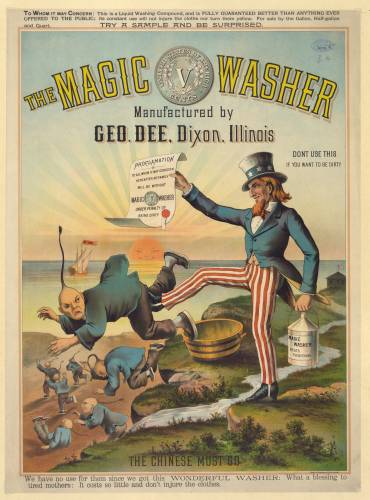 The first one happened when I was middle school. Our family just bought a house in Little Neck, New York. It was our first house and we were very proud. Owning a house was the most powerful symbol of the American dream. Undergirding the symbolism was the fact that we had recently become legal residents, so we were able to get a mortgage. (We were illegal immigrants until President Regan’s amnesty). One Wednesday evening, we returned to our house vandalized with black graffiti ink screaming “Go Back Home Chink!” We moved out of that house a year later.

The second happened earlier this year. I led a workshop for a church on the gospel reason for inclusive communities. We read through the book of Galatians to see how Paul warned against a gospel that would create two different fellowship tables by separating the Gentiles from the Jews because of the difference of diet. So, when Peter separated himself from the Gentile table to eat at the Jews only table, Peter called him out publicly as a “hypocrite” (Galatians 2:11-14).

The senior pastor of the church then made a bold move and asked if there was anything they were doing as a congregation that made non-whites feel unwelcome? There was a silence which I took as sincere wrestling of the question. Then a person spoke. But rather than answering the question, he asked me a question. He asked me, “What do you think about Korean Christianity in Korea?”

Maybe he had been reading about Korean Christianity? Maybe he quickly thought up this question, so the group wouldn’t walk into a difficult conversation fraught with landmines. But undergirding even the best intention was the worldview that saw my “yellow” skin as a perpetual “foreign-ness.” Even with citizenship, I did not have equal claim to “American-ness” as a white person.

The graffiti was hatred. The anger was so hot I could feel the heat even in the cold black ink dripping over the front door of our house. The second was ignorance or the most devious put down. I’m not sure if the person who used the question form even knew it himself. I was angered by the first. The second one scares me. Because it was done by an educated white Christian man who doesn’t think himself a racist. The second one is scarier because it means that the typical white person believes that I’m not a true American when all the cards must be placed on the table.

Recently, the chant that greets Trump in his rally has been “Send her back.” Trump said those words and didn’t get fired. In any other organizations he would have. The American government, which is to say the American public, seems to have more sympathy for racism and discrimination. Since Trump is still in office after such racist remark, the gloves are off now. People who whispered those racist words now have the safety of the crowd to chant them. A chanting crowd can flare up into to a violent mob – as it did on September 7, 1907 in Vancouver, Canada when a crowd, consisting of Canadian and American citizens, chanting “A white Canada and no cheap Asiatic labor” was asked by Arthur E. Fowler from the Seattle chapter of Asian Exclusion League, “What will you do?” and the crowd promptly replied by burning down Chinatown.

The white teacher who asks my children, “Where are you really from?” or that church elder who asked me about “Korean Christianity,” won’t join in the chant. But they won’t silence the chant either because although they see themselves above the mob mentality, they fundamentally agree with the chanters, that non-whites are here by the benevolence of white Americans.

Samuel Son is a manger of diversity and reconciliation of the Presbyterian Mission Agency.