Spiderverse reminds us of Christ’s incarnation

We are approaching end of January so by now, your Christmas lights are rolled up, ornaments neatly boxed, and scattering of pine leaves vacuumed. My 13-year-old, though suffering from teen cynicism, surprised her parents by protesting our removal of the decorations, saying, “Christmas isn’t over yet!”

For the world, the Christmas season ends with the garbage truck hauling away the evergreen tree. But for Christians, the light of Christmas should never fade for Christmas isn’t a collection of rituals — trees and the attending Christmas Eve services — but a reminder that we live in a time after the birth of Christ. We live in world where incarnation, the impossible miracle of God-human, has happened!

After Christmas comes the season of Epiphany, which  urges us to keep the Christmas light on daily, reminding us that everything we see must always be in the light of incarnation. And outside of the Magi story — kings who upturn their lives to witness the incarnation and whose lives are no longer “at ease here, in the old dispensation,” as T.S. Eliot once said — no modern story tells the worldview-shattering consequence of the incarnation better than the newest Sony cartoon flick, Into the Spiderverse. 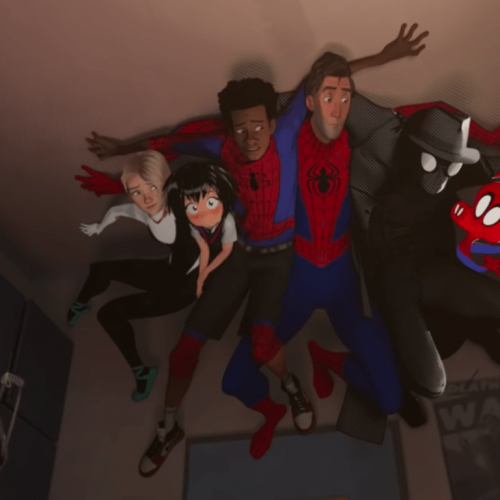 The comic-book inspired story proclaims anyone can be Spiderman. You don’t have to be a man to be a Spiderman (say hello to the coolest teenage girl — Spider Gwen). You don’t have to be American. Meet Penni Parker who is fluent in Japanese and English. You don’t even have to be human. Have you ever heard of Peter Porker? So then, it goes without saying that Spiderman doesn’t have to be white. How can you not root for Miles Davis, a mixed-race preteen whose voice cracks every three syllables, is a product of Brooklyn, snacks on physics, and sprays “dang” good graffiti. 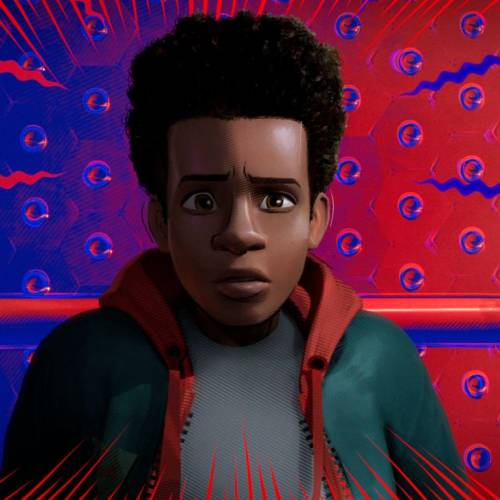 Miles Morales in Sony Pictures Animation’s SPIDER-MAN: INTO THE SPIDER-VERSE.

Spiderverse says there is more than one Spiderperson, which basically sums up the meaning of incarnation. That eternity entered time is to say that the eternal can be found in any time (or dimensions in the case of Spiderverse). If a Jew can be a child of God, then so can a Greek who eats pork (sorry Spider-Ham). This is the gospel, the gift that continues to surprise Paul with every unwrapping, that in Christ, anyone can say “Abba!” (Romans 8). And watch out when the children of God are revealed, for when all the God-people (Spiderpeople) come together, the whole cosmos is going to be renewed!

Gregory of Nazianzus, a fourth-century superhero in his own way, and whose greatest victory was when he chose not to fight over the bishopric of Constantinople, tells it this way: “God became human and poor for our sake, to raise up our flesh, to recover our divine image, to recreate humanity. We no longer observe distinctions arriving from the flesh, but are to bear within ourselves only the seal of God, by whom and for whom we were created. We are to be so formed and molded by Jesus that we are recognized as belonging to his one family.” Right there in the middle of this theologically astute observation is one of the key consequence of incarnation — it destabilized all flesh-distinction.

Yes, we are all little-Christs because we carry the divine spark in us, which is what being Christian literally means. Ethnicity, and any other categories we erect to exclude, are not requisites to have your own origin story of how God chose you to be the friendly neighborhood “Emmanuel.” For Miles Morales, Gwen-Steffan, Peter Porker (and all the other Spiderpeople) it was a radioactive spider. For us, it is the Holy Spirit injected in our blood by Word and Sacrament. When Peter sees Cornelius, a hated Roman occupier, speaking in tongues, well who can deny him an identity that is already his?! Splash the waters of baptism (make him a web-shooter), he’s one of us!

All these Spiderpeople in this new film thought they were the only Spiderperson, until they met others who had their same origin story and the same gifts, yet used in ways as varied as each person before them.

The church hasn’t always done well with differences. We feared variation thinking it threatened the truth of the Gospel. Well, it turns out, diversity is the very heart of the Gospel, and the more we see Christ in the other, the more we are remembering that it is Christmas every day. We live in a world where God continues to live in flesh. Emmanuel — God with us!