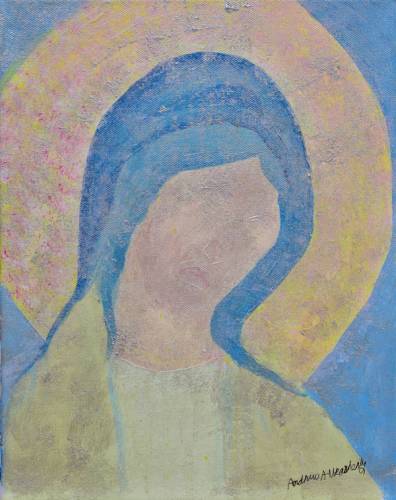 But Moses’ hands grew weary. … Aaron and Hur held up his hands, one on one side, and the other on the other side; so his hands were steady until the sun set. — Exodus 17:12

He has helped his servant Israel, in remembrance of his mercy … — Luke 1:54

The little country church I served had a Christmas Eve tradition of inviting the congregation to form a circle of light with candles around the sanctuary while singing “Silent Night.” It sounded beautiful, but I wasn’t looking forward to it.

My brother, who had a hard time holding anything with his trembling hands, let alone a lit candle, would be at worship that night. His steps were just as uncertain, making it hard for him to walk to be part of the circle. I voiced my concerns to a friend. She advised me not to carry the burden alone. So, I shared my brother’s limitations with the worship committee.

The holy night came. The circle of light around the sanctuary was there. This time, though, there was also a path of light connecting my brother to the circle as church members sat with him, while others stood beside him in the aisle with lit candles. Years to come, that tradition would continue — brothers and sisters meeting those in need where they were, and helping to hold the Christ light for them. — DFJ

Who have been the angels in your life who have met you where you are in your time of need?

Be near us, Lord Jesus, and chase away our doubts and fears and struggles with your healing light. Amen.