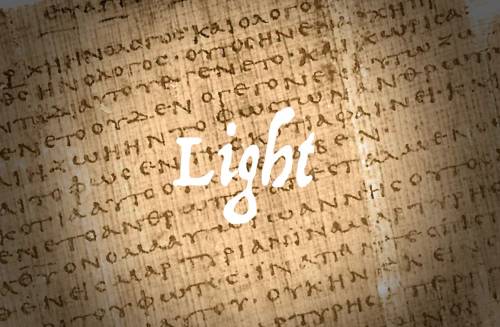 “What do you want to see while you’re in Geneva?” The host of our Swiss tour for clergy and laity was wondering.

I hesitated. After all, my top choice wasn’t one of the usual Reformation tour highlights.

“I’d like to see the New Testament manuscripts.” I had read that Geneva was home to very early texts on papyrus paper.

“Well, they’re not on the scheduled tour, so you’ll have to fit them in while the tour is doing other things.”

A few days later, in the middle of a guided amble through the Old City, our host said to me, “If you still want to go, now is the time.” I confess that I am the sort of person who prefers following the program over improvising. I’m more comfortable on the highway than the detour. But somehow in that moment I chose the manuscript quest over the rest of that day’s tour.

“Take the bus to the farthest stop. You’ll have to walk the rest of the way.”

And that’s how I found myself—with a few comrades—hoofing it up the hill into the little village of Cologny, looking for the Bodmer library. Named for Martin Bodmer (1899-1971), the building enshrined his extensive collection of rare books and manuscripts.

The staff seemed surprised to have tourists showing up, but they signed us in. First edition books by famous authors were on display, even early copies of plays by Shakespeare, but I was on the hunt for the famous papyri.

I found them on the lowest level, way in the back. Under glass, in dim light, lay a single page of Papyrus 75. It was about the height of a sheet of copy paper, but narrower and brown with age.

Trying not to provoke the guard, I leaned in for a closer look. Handwritten. Ancient Greek. All capital letters. No spaces between words. Like a word search puzzle.

I found a group of letters I recognized: Phi, Omega, Sigma. Light. Working out from there, I deciphered a few more. The light. In the darkness. Shines. Suddenly I knew what I was reading. It was the Gospel of John!

Not the original, of course. Only handwritten copies survive. But for the Gospel of John, Papyrus 75 is one of the oldest.

I was decoding letters a scribe copied down sometime in the 200s, and the message was still coming through. “The light shines in the darkness” (John 1:5 NRSV). It was a grail moment. I had found what I was seeking, and something more besides. A word of hope.

More than 20 years have passed since my Geneva adventure, but those hand-inked letters on an ancient page still whisper to me. On dark days and darker nights, they invite me to trust in the present shining of that brave, surprising light.

Ken Rummer, a retired PCUSA pastor, writes about life and faith from the middle of Iowa by the High Trestle Trail. Additional posts can be found at  http://presbyterian mission.org/today/author/krummer

Note to future pilgrims: Papyrus 75 has moved. It now lives in the Vatican library in Rome.